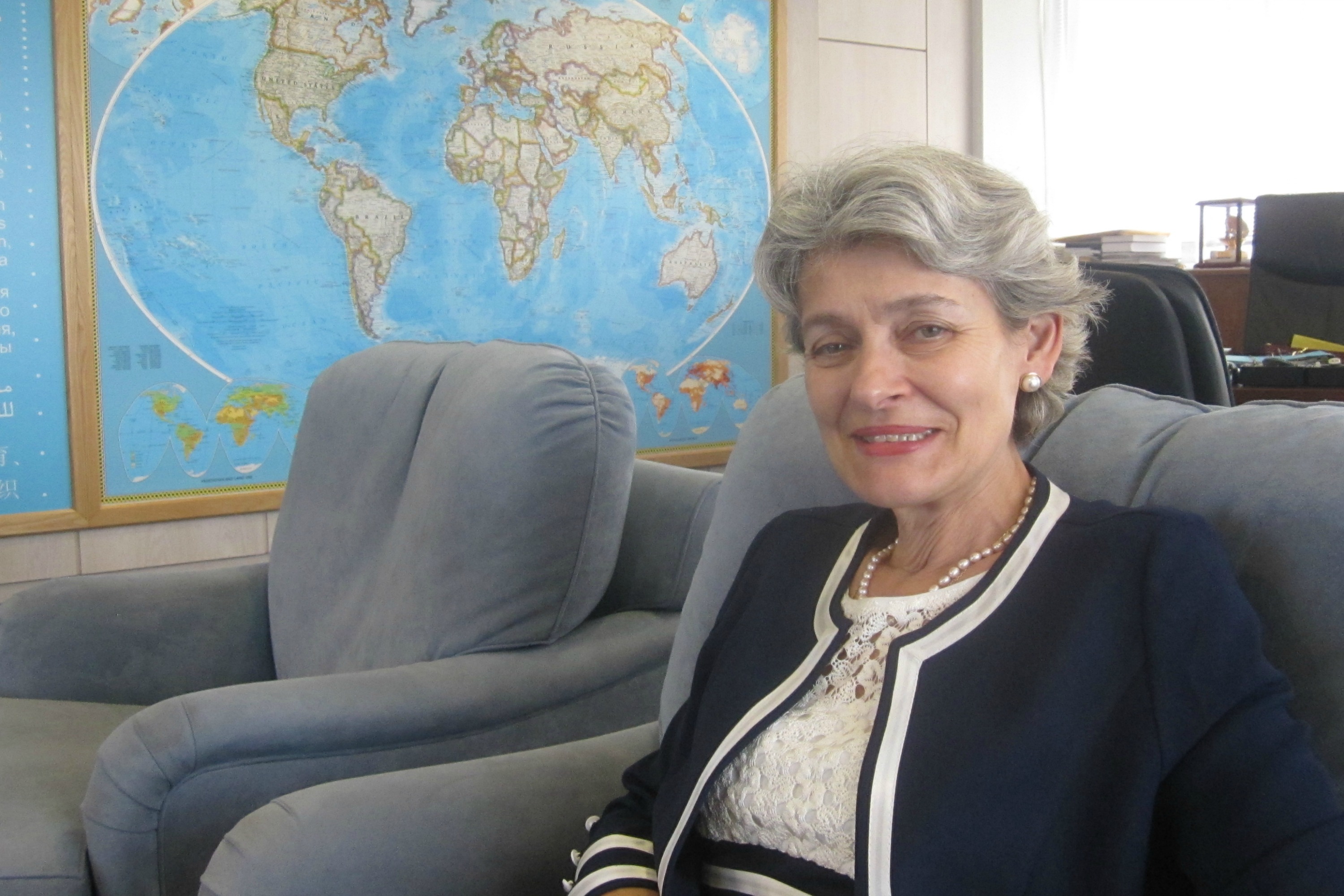 The Bulgarian government has nominated Irina Bokova, the current director-general of UNESCO, to be the next Secretary General of the United Nations, after the second mandate of Ban Ki-Moon expires in 2016.

It is the turn of Eastern Europe to lead the world organisation, and Bokova is seen as well-placed. She may also become the first woman to take the post.

Bokova, a Bulgarian diplomat who was in charge of her country’s EU integration in the 1990s, in 2009 became the first woman and the first eastern European to lead UNESCO, the United Nations’ educational, scientific and cultural organisation. She has studied in the former Soviet Union and in the USA, and speaks fluently French, English, Spanish and Russian.

The Bulgarian was re-elected in 2013 for another 4-year mandate, despite the organisations’ difficulties after the United States in 2011 stopped paying its dues to this largest UN agency in protest, according to US internal rules, over its granting of full membership to the Palestinians.

But Bokova has been able to reform UNESCO, reduce its spending in agreement with the agency’s two unions, maintain the scale of the agency’s action worldwide, and keep the Americans on board, at least politically.

The UN Secretary General is elected by the UN General assembly upon proposal by the Security Council.

But the battle for the top UN job is only at its beginning. At least three other candidates are in the loop. The name of Danilo Turk, a former President of Slovenia, is frequently mentioned in this context, as well as two Slovaks: Ján Kubiš, a former Czech diplomat who is now the Special Representative and Head of the United Nations Assistance Mission in Afghanistan (UNAMA), and Miroslav Laj?ák, currently Foreign Minister of Slovakia, and a former High Representative for Bosnia and Herzegovina.

Bokova will be in Brussels next week on the occasion of the so-called Replenishment Pledging Conference organised by the Global partnership for Education and hosted by the EU (25-26 June). The Global Partnership for Education is a platform between donors and developing countries to ensure progress toward the Millennium Development Goal of universal primary education. It is currently led by Julia Gillard, a former Prime Minister of Australia.

The event is hosted by Development Commissioner Andris Piebalgs, who is expected to announce a significant EU pledge, EURACTIV was told.

A founding member of UNESCO in 1948, the United States historically was its biggest financial contributor, covering 25% of its $180-million annual budget at the time of its 1984 withdrawal. The USA has boycotted UN organisation for 18 years, from 1984 to 2002.

But a new crisis emerged in October 2011 when the US canceled its contribution, based on laws that prohibit funding to any UN agency that implies recognition of Palestinian demands for their own state.

As a result, the UN organisation suspended the voting rights in November 2013.