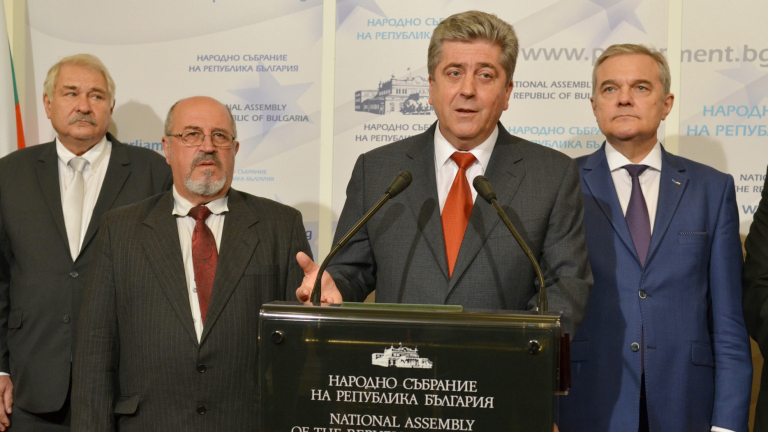 The poor result obtained by EU Commission Vice-President Kristalina Georgieva in the vote to elect the next UN Secretary General took people out onto the streets of Sofia yesterday (6 October), while the opposition called for her resignation as Bulgaria’s EU Commissioner.

On 5th October, the UN Security Council elected former Portuguese prime minister António Guterres as UN Secretary-General with 13 votes in favour from the 15 members of the Council.

Irina Bokova was the initial Bulgarian candidate (see ranking). Bokova was replaced on 28 September by Georgieva in a controversial move by Bulgarian Prime Minister Boyoko Borissov, who apparently followed orders from the European People’s Party (EPP). Guterres is from the Socialist camp.

The Bulgarian Prime Minister Boyko Borissov today (28 September) nominated Commission Vice-President Kristalina Georgieva to be his country’s candidate to run for the post of UN Secretary-General.

Despite high hopes, Georgieva scored ninth according to the votes cast, which infuriated many Bulgarians on the ill-advised decision to change candidates.

The Bulgarian Socialist Party (BSP) and a smaller centre-left force, the Alternative for a Bulgarian Renaissance (ABV) were the first to ask for the resignation of the cabinet. BSP leader Kornelia Ninova slammed Borissov’s decision to change candidacies, which she said deprived Bulgaria of having Bokova as Secretary-General.

“This was made under foreign pressure, and all explanations that there had been consultations and that Georgieva had broad support were a lie”, she said.

The ABV leader Georgi Parvanov, who is a former president of the country, said Borissov should take political responsibility and remove Georgieva from the European Commission.

He said that a no-confidence vote was now on the agenda, for “treason over the national interest and dignity”. He said he hoped the vote to be held during the next weeks.

Bulgaria is holding presidential elections on 6 November and Borissov’s move to replace Bokova by Georgieva gives ammunition to the opposition with perfect timing. Officially the election campaign started on 6 October. Borissov’s party GERB was the last to nominate a candidate, the incumbent speaker of Parliament, Tsetska Tsacheva.

The leader of the Patriotic Front Krassimir Karakachanov, who is also running for president, also asked for Georgieva’s resignation as commissioner, as well as the resignation of the foreign minister Daniel Mitov. However, he did not request a no-confidence vote.

The Patriotic Front is a nationalist force with 17 MPs of a total of 240 which backs Borissov’s minority government.

The Movement of Rights and Freedoms (DPS), a political force representing the Bulgarian Turks, asked the resignation of all who took part in the decision-making of changing candidates.

“We became the laughing stock in front of the world”, said DPS leader Mustafa Karadaya.

Solomon Passy, a former foreign minister in the cabinet of Simeon Saxe Cobourg Gotha, said the change of candidacies was “the biggest foreign policy failure of Bulgaria over the last 25 years”. He accused Borissov of being incompetent and insisted that he should take responsibility.

Borissov abandoned his diplomatic tone, accusing Bokova of “insolence” for not having withdrawn her candidacy after he nominated Georgieva, and for “having blocked” the Commissioner’s chances.

He said he would not resign, as in his words none of the prime ministers with unsuccessful candidates for the UN race would.

A protest was held in the centre of Sofia, with calls for Borissov to resign.