Bulgarian Prime Minister Boyko Borissov expressed his outrage on Friday (29 June) that the first day of the EU summit lasted until 5 am and that preparatory work was not taken into account.

EU Council President Donald Tusk, with whom the prime minister has friendly relations, is tasked with organising summits but their ties did not prevent Borissov from complaining.

“I proposed we should establish a trade union to defend our rights. What time of working hours is this?” the Bulgarian PM quipped.

Borissov added that he did not understand why the work in preparation of the summit, held in Sofia in the format of ministerial councils, as well as work at ambassador and working group level, did not feed into the summit preparation, where everything started from scratch.

He said that it would be normal that preparations be done at an appropriate level and presented to the summit for rubber-stamping.

“But for some time now, everything that has been done at those levels is put aside, and the prime ministers start from the beginning. But the prime ministers have different professions, one is a lawyer, another one a welder, the third – a policeman, and we start from A to Z, to draft and propose things Bulgaria […] has proposed at COREPER level a long time ago,” Borissov explained.

The PM’s opinion got the backing of Bulgarian ambassador Dimitar Tzantchev. 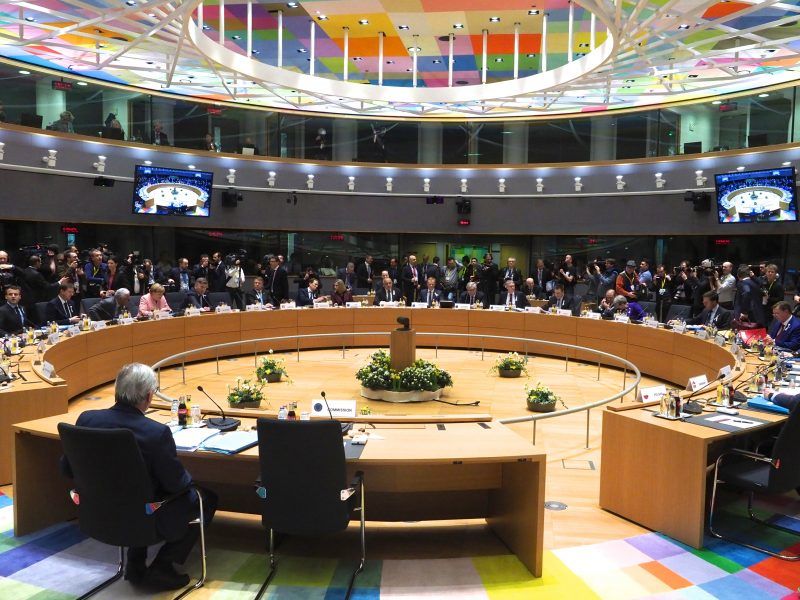 EU leaders are meeting on 28-29 June to bash out a solution to the divisive issue of migration, which should help Chancellor Angela Merkel preserve her fragile government, and lay the groundwork for a scaled-down package of eurozone reforms wanted by French President Emmanuel Macron.

Borissov, a former policeman and fireman, has insisted in the past that his former career means he understands migration better than his summit peers.

During the night, Swedish PM Stefan Löfven has reportedly said he has been a welder, after his Italian colleague Giuseppe Conte used the argument that he is a doctor in law. According to the Guardian, Borissov intervened, saying he has been a fireman.

“So in this respect I’m satisfied, but I don’t understand why, in the absence of a real crisis, with such huge dramatism, until 5 am, we stay to adopt decisions. So that every prime minister could come back home as a winner, this is the fashion,” he said.

Borissov himself stuck to that tradition, adding that everything Bulgaria proposed is included in the summit conclusions but he also voiced some frustrations.

“It pisses me off that now everybody talks about Spain, Italy and Greece, because Bulgaria has done its homework. Indeed, they mention as the good example, but I had several times to tell my colleagues to study geography. They should read, and find out that we have a maritime border and a land border with Turkey.

Borissov was clearly more positive about what he said was a decision to unblock the second €3 billion euro tranche to Turkey, under the 2016 EU-Turkey agreement.

He said the leaders had agreed to adopt the wording “on a voluntary basis” with reference to taking charge of migrants, as the Visegrad countries had insisted, hinting that he approved of the text.

Regarding the “disembarkation platforms”, he said that certain EU countries had “historic relations” with Northern African countries and it was up to them to negotiate, not forgetting that those countries “have their pride, as we do”.

Borissov added that the crucial phrase to tackle “secondary movements” of refugees was again “on a voluntary basis”. Further, he made clear that Bulgaria would not conclude a bilateral deal with Germany to take in refugees who have first been registered there. 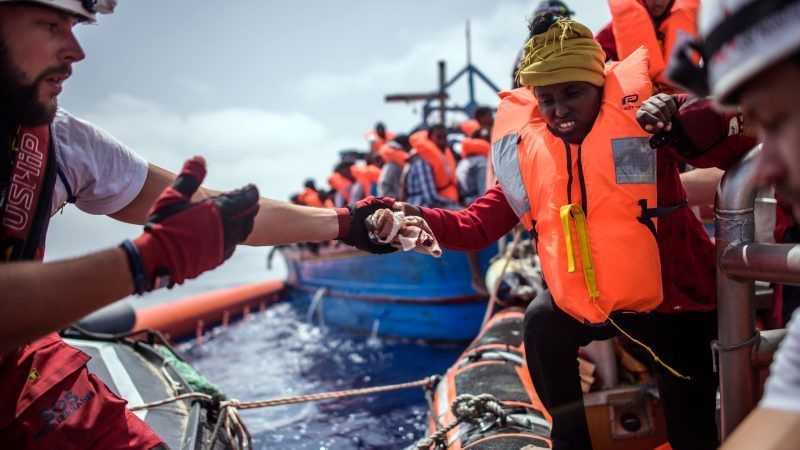 Bulgarianpresidency.eu asked Borissov to comment on the criticism of the inhumane treatment of migrants by Bulgarian police and border guards, recently voiced by French lawyers.

Borissov insisted that he was unaware of such reports by French lawyers.

“Frankly, I haven’t heard [such criticism]. The only thing I care about are the rights of the Bulgarian people. Bulgarian citizens have the right to sleep in calm.”

Borissov said that Bulgaria will continue to offer shelter to refugees needing protection, for a certain period of time, before they return to where they came from, but economic migrants should be taken by the countries that need them.

“The Irish, Leo [Varadkar], said we need some of them, so they took some from Malta, from other places. But we don’t need such migrants,” Borissov revealed.

“Maybe the reputed French lawyers should better look at Donald Trump, with his new law about pushing back everyone who turns up at the US borders. They better deal with him first, before dealing with me. Or maybe he’s too big for them, so let’s push Bulgaria, fill it with migrants, and declare that this is good behaviour,” Borissov said.

Regarding the summit agreement to release €500 million for the EU’s Emergency Trust Fund for Africa, he said Bulgaria is already paying its due and will not add more as it is already spending money on external border protection.

This story was first published on BulgarianPresidency.eu.