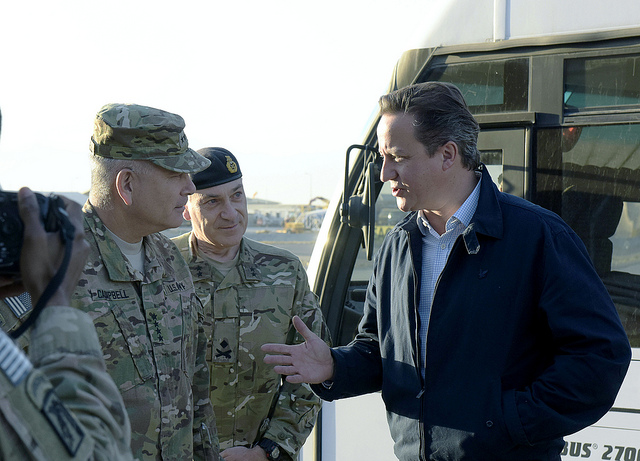 British nationals who become foreign fighters abroad could be prevented from returning home under tough new laws to deal with jihadists fighting in conflicts like Iraq and Syria, British Prime Minister David Cameron said on Friday.

A new counter-terrorism bill will also prevent airlines that do not comply with Britain’s no-fly lists or security screening measures from landing on its territory, Cameron said in an address to Australia’s parliament.

Britain’s security threat level was raised to its second-highest level in August due to the risks posed by Islamic State fighters returning from Iraq and Syria. Security analysts say foreign fighters in Iraq and Syria now number in the thousands.

“We have to confront this threat at its source,” Cameron said in Canberra, before heading to Brisbane for the Group of 20 Leaders Summit.

Under the new powers, police will be able to seize passports to stop suspects travelling abroad and to stop British nationals returning unless they submit to screening processes.

Cameron first mooted the new laws in September. On Friday he said they would be introduced “shortly”, without providing a specific date.

The rise of Islamist militants in Britain has been a growing concern since four Britons — two of whom had been to al Qaeda training camps in Pakistan — killed 52 people in suicide bomb attacks in London in July 2005.

The murder last year of an off-duty soldier, Lee Rigby, on a London street by two British Muslim converts exacerbated the concerns.

The United States is pushing for the United Nations to adopt international standards to deal with foreign fighters in Middle East conflicts and the threat they could pose when they return to their home countries.

Britain is also focused on what Cameron termed the “new and pressing challenge” of getting extremist material taken down from the internet.

“In the UK we are pushing companies to do more, including strengthening filters, improving reporting mechanisms and being more proactive in taking down this harmful material,” he said.