European Council President Charles Michel on Wednesday (7 October) said that it is "time for the UK to put its cards on the table" over a post-Brexit trade deal following a call with UK Prime Minister Boris Johnson. [Pool/EPA/EFE]

Michel, who chairs EU summits, tested negative for COVID-19 on Monday, his spokesman said via Twitter, but was following the rules in Belgium, the seat of EU institutions where the summits of EU leaders take place, by going into isolation.

“The president today learned that a security officer, with whom he was in close contact early last week, tested positive for COVID,” Michel’s spokesman said. “The president is tested regularly and tested negative yesterday. Respecting Belgian rules, he has gone into quarantine as of today.”

The postponement is a blow to Greece and Cyprus, who must now wait until 1-2 October for EU leaders to discuss how to respond to rising tensions in the Eastern Mediterranean over energy resources there.

A potential deal on Turkey over a summit dinner that was due for Thursday in Brussels was also billed as the venue to find approval for economic sanctions on Belarus in support of pro-democracy protests there.

Michel, a former Belgian prime minister and an ally of French President Emmanuel Macron, spent much of the past week in shuttle diplomacy over the Turkey issue, including trips to Cyprus, the Greek island of Lesbos and Athens.

The infected security officer was based in Brussels, an EU source said. 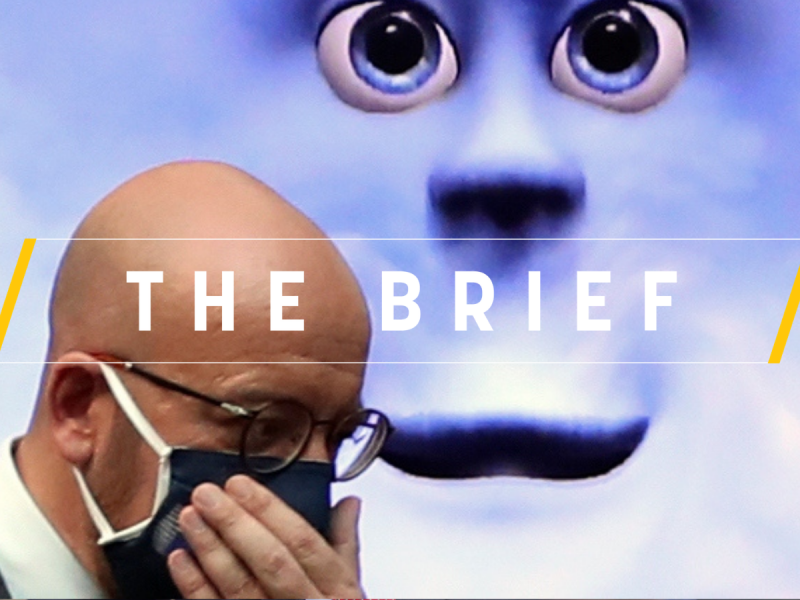