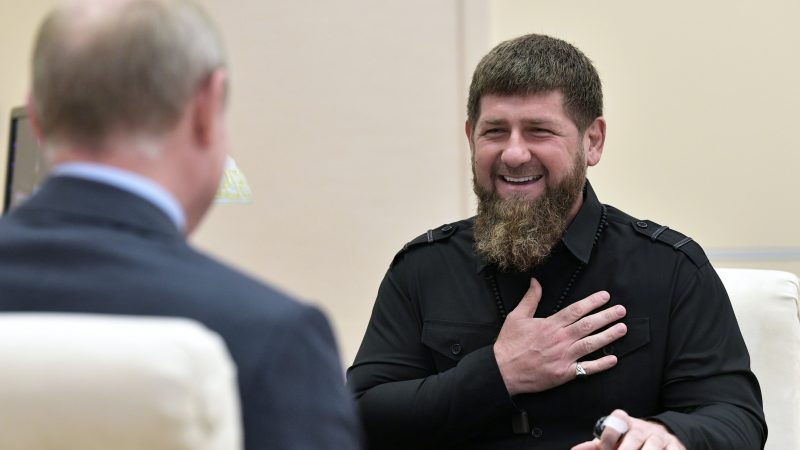 A special forces unit in Chechnya has called on President Vladimir Putin for protection against “vile attacks” from independent newspaper Novaya Gazeta whose reporters have documented rights abuses in the republic.

Co-founded by former Soviet leader Mikhail Gorbachev in 1993, Novaya Gazeta is one of the few print outlets left voicing criticism of Putin’s policies.

On Monday (15 March), it published testimony from a former member of an elite Chechen police unit about his involvement in detentions and extrajudicial killings of dozens of people in the region.

In a statement on Wednesday evening, the Chechen police regiment named after Akhmat Kadyrov, the slain father of the region’s strongman Ramzan Kadyrov, appealed to Putin to pay attention to the Novaya Gazeta’s “vile attacks” on its members.

“We are ready to fulfil any of your orders,” they said on Instagram, accusing the opposition newspaper of unleashing “a genuine information war” against them.

“We are no strangers to fighting the enemies of Russia in open combat.”

The regiment accused the media outlet of being a “mouthpiece” of Western security services, saying there was no difference between “international terrorists” and “pseudo-journalists.”

Chechnya has been under Kadyrov’s control since he rose to power in the wake of two wars between Russian forces and separatists in the 1990s and early 2000s.

His regime has been widely condemned for persecuting rights activists and allegedly imprisoning and torturing opponents.

Putin’s spokesman Dmitry Peskov on Thursday said the president could not interfere and suggested that the Chechen police turn to the courts if they wanted to publicly defend their reputation.

“But certainly journalists shouldn’t be threatened.”

“Instead of harassing independent journalists and human rights defenders for carrying out their legitimate activities in the public’s interest, the Russian authorities should co-operate with them,” she said in a statement.

On Monday, Novaya Gazeta said that its Moscow offices had been targeted with a “chemical attack”.

The paper said an unknown substance was spilt at the entrance and the effects were so strong the pungent odour could be felt down the street.

Novaya Gazeta has suffered numerous attacks on its offices and journalists over the years.

In 2006, top journalist Anna Politkovskaya, who investigated the Kremlin’s war in Chechnya, was shot at killed outside her apartment block in Moscow.

In 2017, a court found a former security force officer from Chechnya guilty of top Kremlin critic Boris Nemtsov’s 2015 murder and sentenced him to 20 years in prison. Four other men were found guilty of involvement in the killing.