They were awarded the prize for their efforts to end the use of sexual violence as a weapon of war, the Norwegian Nobel Committee said.

“Denis Mukwege is the helper who has devoted his life to defending these victims. Nadia Murad is the witness who tells of the abuses perpetrated against herself and others,” it said in its citation.

“Each of them in their own way has helped to give greater visibility to war-time sexual violence, so that the perpetrators can be held accountable for their actions.”

Mukwege heads the Panzi Hospital in the eastern Congolese city of Bukavu. Opened in 1999, the clinic receives thousands of women each year, many of them requiring surgery from sexual violence.

Murad is an advocate for the Yazidi minority in Iraq and for refugee and women’s rights in general. She was enslaved and raped by Islamic State fighters in Mosul, Iraq, in 2014.

“Rape in war has been a crime for centuries. But it was a crime in the shadows. The two laureates have both shone a light on it,” said Dan Smith, Director of the Stockholm International Peace Research Institute (SIPRI).

“Their achievements are really extraordinary in bringing international attention to the crime,” he told Reuters.

Mukwege, a past winner of the United Nations Human Rights Prize and the European Parliament’s Sakharov Prize, performed surgery on scores of women after they had been raped by armed men, and he campaigned to highlight their plight. He also provides HIV/AIDS treatment as well as free maternal care.

The hospital has also been the subject of threats, and in 2012 Mukwege’s home was invaded by armed men who held his daughters at gunpoint, shot at him and killed his bodyguard.

Shortly before that attack, he had denounced mass rape in the Democratic Republic of Congo and the impunity for it in a speech at the United Nations.

“He has risked his life to help women survive atrocity,” said SIPRI’s Smith.

Mukwege was in the operation room when he was told the news.

Dr. Denis Mukwege is the laureate of the Sakharov Prize for Freedom of Thought 2014, following the decision yesterday (21 October) by European Parliament President Martin Schulz and the political group leaders. Mukwege is a gynaecologist specialised in the treatment of rape victims and founder of the Panzi Hospital in Bukavu, in the Democratic Republic Congo.

“I can see in the faces of many women how they are happy to be recognized,” Mukwege told the Nobel Foundation in a recorded interview posted on the foundation’s Twitter account, referring to the patients at his Panzi hospital.

“He is a humanist who has taken the pain of women into consideration, pain in their flesh and in their soul. The prize sends a strong signal to everyone about these women who are raped every day,” she said.

Later, a dazed-looking Murad declined to comment when approached by a Reuters reporter at a hotel in Boston in the United States, where she was staying a day after Harvard University gave her a humanitarian award. Her fiancé, Abid Shamdeen, said she would issue a statement shortly.

Murad had been scheduled to speak at Middlebury College in the state of Vermont on Friday evening, but the school said on Friday that she had canceled her appearance after winning the Nobel.

Murad was 21-years-old in 2014 when Islamic State militants attacked the village where she had grown up in northern Iraq. The militants killed those who refused to convert to Islam, including six of her brothers and her mother.

Along with many of the other young women in her village, she was taken into captivity by the militants, and sold repeatedly for sex as part of Islamic State’s slave trade.

She eventually escaped captivity with the help of a Sunni Muslim family in Mosul, the de facto IS capital in Iraq, and became an advocate for the rights of her community around the world. 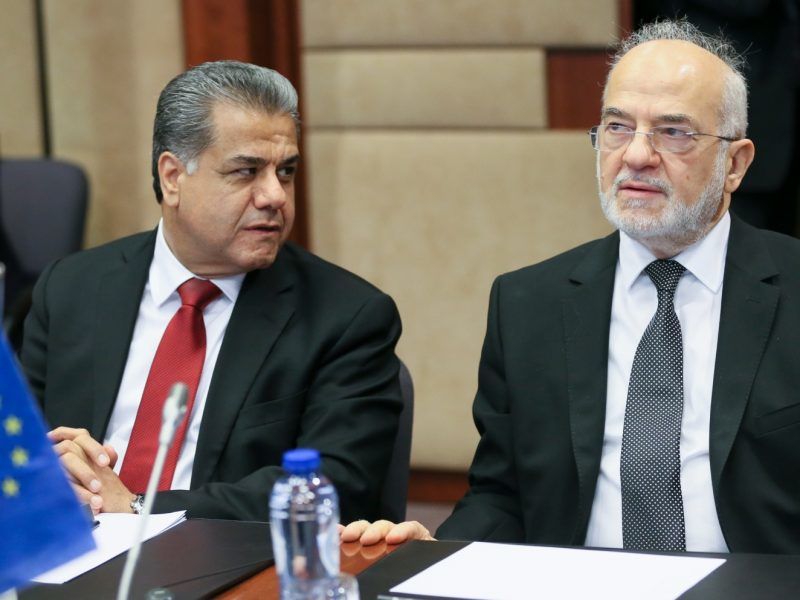 Europe should engage in the Middle East by providing technical aid and promoting investment and programmes that enhance tolerance and peaceful coexistence, said Falah Mustafa Bakir in an interview.

In 2017, Murad published a memoir of her ordeal, “The Last Girl”. She recounted in harrowing detail her months in captivity, her escape and her journey to activism.

“At some point, there was rape and nothing else. This becomes your normal day,” she wrote.

The militants’ attack on Yazidi communities in northern Iraq was part of what the United Nations has called a genocidal campaign launched by the Sunni militants against the religious minority.

Iraqi Prime Minister Haider al-Abadi congratulated her on the award, and Vian Dakhil, a Yazidi member of Iraq’s parliament, said: “It is the victory of good and peace over the forces of darkness.”

Murad, who is also a Sakharov Prize winner, is the second youngest Nobel Prize laureate after Malala Yousafzai.

The award of the prize follows a year in which the abuse and mistreatment of women in all walks of life across the globe has been a focus of attention.

Asked whether the #metoo movement, a prominent women’s rights activist forum, was an inspiration for this year’s prize, Nobel Committee Chairwoman Berit Reiss-Andersen said: “Metoo and war crimes are not quite the same. But they have in common that they see the suffering of women, the abuse of women and that it is important that women leave the concept of shame behind and speak up.”

“This is one of the goals, hopes that this prize, and the efforts of those two people, as well as thousands of others will eventually lead to the abolishment of this practice of sexual violence against girls, women and sometimes men as a weapon in a military conflict, which is really, really inhumane,” he told Reuters.

The prize will be presented in Oslo on Dec. 10, the anniversary of the death of Swedish industrialist Alfred Nobel, who founded the awards in his 1895 will.