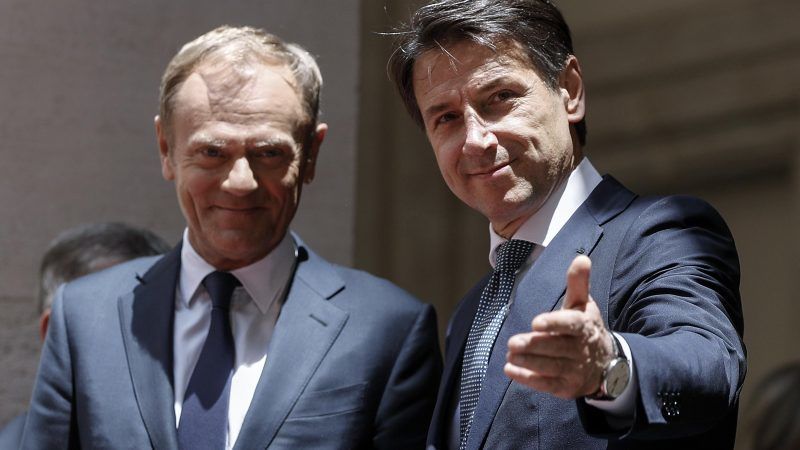 European leaders meeting in Brussels today and tomorrow (28-29 June) are due to extend until the end of January the sanctions imposed against Russia over its 2014 intervention in Ukraine, diplomats and officials said, but Italy’s new eurosceptic government could complicate the plans.

“We will reaffirm the principle that there should be nothing automatic about the renewal of sanctions,” Conte told parliament in a speech outlining Italy’s position on various issues ahead of the Brussels meeting.

“We need to be very careful about this. Sanctions should be a means and not constitute an end,” he said, adding that Italy would pay “great attention” to the interests of Italian firms.

The curbs on Russia’s energy, defence and financial sectors have been prolonged every six months since first being imposed in mid-2014 after Moscow annexed the Crimea peninsula from Ukraine and backed rebels fighting government troops in the Donbas.

But now Italy’s opposition to what has become a routine EU exercise could carry more weight, as the new government in Rome wants to strengthen relations with the Kremlin.

European diplomats said Italy is now calling for a resumption of EU funding to Russian small and medium companies that are active in civil society.

One diplomat said this was not a red line that could block the renewal of sanctions, but Italy planned to raise the issue at the EU leaders’ meeting when Conte is expected to take the floor on this matter.

Italy wants to resume lending to Russian firms from the European Investment Bank (EIB), the EU’s financial arm, and from the European Bank for Reconstruction and Development (EBRD), which is funded by EU states and dozens of other countries. The funds have been suspended since 2014.

Diplomats from EU states that are hawkish towards Russia have expressed worry that unlocking such funds could provide a way of circumventing the EU’s economic sanctions.

The new Italian Prime Minister, Giuseppe Conte, not only wants Russia in the G8, he wants to lift sanctions and amplify Putin's voice. https://t.co/1eWNwwiFWe