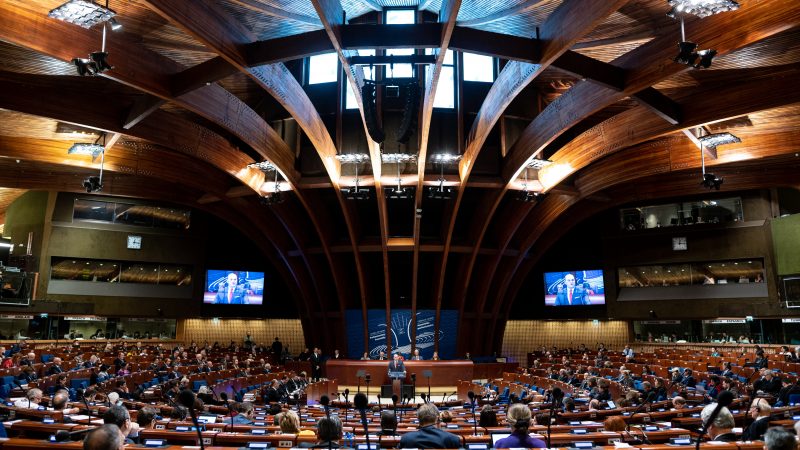 The Council of Europe, a pan-continental rights watchdog, on Sunday (5 May) marked its 70th anniversary at a time of mounting populism and a standoff with Russia as well as doubts over its own role in the modern world.

“I didn’t know about it at all, this is really completely new to me,” admitted Zeinila, an 18-year-old student who was visiting the building hosting the Council of Europe in Strasbourg, in northeastern France, during an open day to mark its anniversary.

The 70-year-old body suffers from being often confused with the European Union Council. But its 47-nation membership stretches far beyond the EU’s reaches to include the likes of Russia, Turkey, Switzerland, Armenia and Azerbaijan.

Britain’s World War II leader Winston Churchill was the first to suggest the creation of such a body back in 1942, at the height of the war, when he expressed the hope that “the European family may act unitedly as one under a Council of Europe”.

The rights body was created through the treaty of London in May 1949. There were 10 initial signatories; Belgium, Denmark, France, Ireland, Italy, Luxembourg, the Netherlands, Norway, Sweden and the United Kingdom,

Their stated mission was to defend human rights, democracy and the rule of law, through international conventions and treaties.

“If a member state wants to introduce the death penalty, it would have to leave immediately CoE within the session. These three articles — no death penalty, no torture, no forced labour — have in a way constituted the new civilised Europe,” he added.

Perhaps better known than the council itself is its judicial arm, the European Human Rights Court, which is itself celebrating its 60th birthday.

It is a tribunal of final resort for those who feel their fundamental rights are being denied by a member state.

Strasbourg — a French city close to the German border — was originally chosen to house the Council of Europe as a symbol of post-war Franco-German reconciliation.

Germany joined the council in 1950, a year after it was created.

From the Thirty Years War that began the 17th century to the mass destruction of the Second World War, the Alsatian city had been the focus of conflict and division.

Now it is home to an organisation striving to bring harmony, safeguard the rule of law and to protect human rights.

The rights court was also set up in Strasbourg.

“We have in a way constituted the new civilised Europe after World War II” with the European Convention on Human RIghts (ECHR) going “much further than the universal declaration of human rights,” said Jagland.

On Monday he will meet with French President Emmanuel Macron in Paris, before France assumes the council’s rotating presidency in Mid-May.

The host nation picks up the baton at a difficult time for the European Council.

For years it has been in dispute with member Russia, which could reach the point of no return in June, notably with the election of Jagland’s successor.

After Moscow’s annexation of Crimea from Ukraine in 2014, the council’s Parliamentary Assembly deprived the Russian delegation of its voting and other rights.

In retaliation, Russia suspended its annual 33-million-euro payment to the Strasbourg-based council — about seven percent of the body’s total budget — and has not participated in sessions of the council’s Parliamentary Assembly. 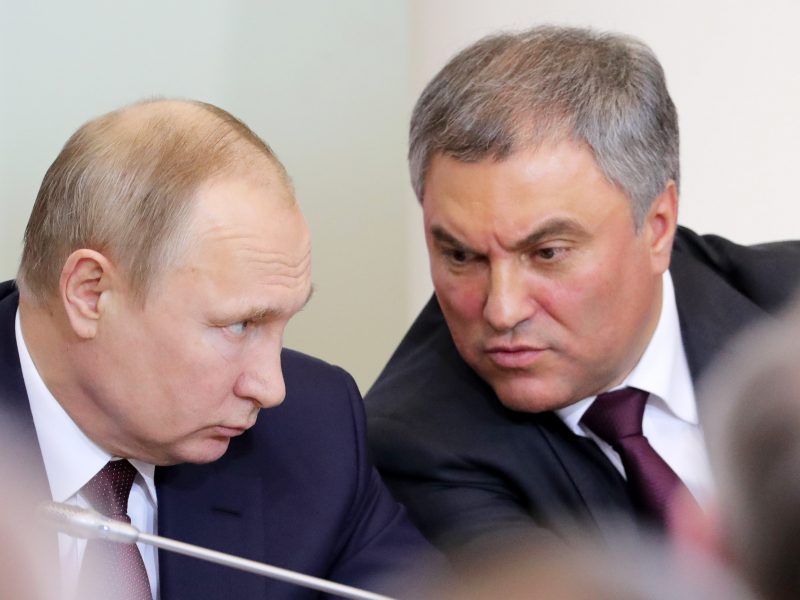 Russia’s parliament voted Thursday (17 January) against sending delegates or paying contributions to the Council of Europe, increasing the risk of ultimate exclusion from the rights body and the European Court of Human Rights.

The assembly brings together 324 men and women from the parliaments of the Council of Europe’s 47 member states.

Moscow is threatening to quit altogether if its rights within the Council of Europe are not restored in time for it to participate in the election of the new secretary general.

“The immediate consequence will be that we will get a new dividing line in Europe with most of European population living on one side and they have the right to go to the European court,” Jagland told AFP.

The “Ruxit” scenario — a Russian exit of the Council — remains a possibility. But the secretary general expressed optimism, speaking of “very good discussions” which give him hope of emerging from the crisis and into the next 70 years.