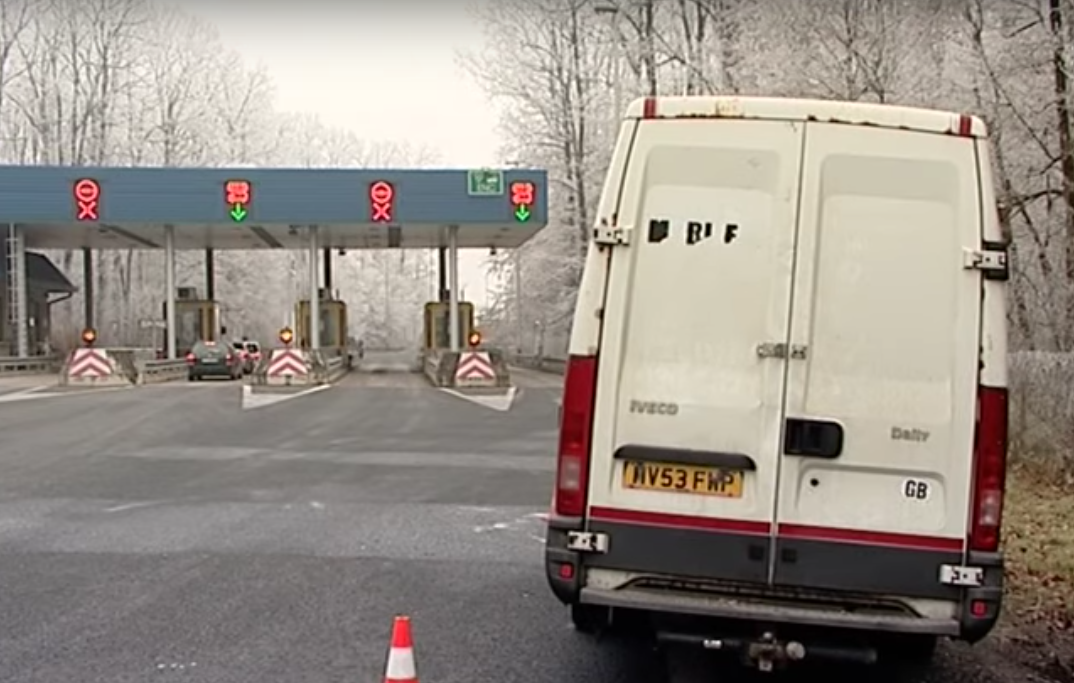 The van, registered in the UK, was pulled over during what police called a routine stop. [YouTube/ TV1]

Dozens of migrants, mainly from Afghanistan, have been taken to hospital in Croatia after police stopped a van carrying 67 people, and arrested two Bulgarian citizens suspected of human trafficking, the Balkan country’s police said.

The van, with British number plates, was halted on the highway between the Serbian and Slovenian borders on Saturday evening during routine traffic control, according to the police.

Forty-two migrants were taken immediately to hospital and some were treated for carbon monoxide poisoning, health minister Milan Kujundžić was quoted by the Hina news agency as saying. He said two of the 42 were boys aged 10 to 12, while the others were between 15 and 20.

“Some of them were unconscious, some vomited when they were found,”Kujundžić said. “They were in serious condition, dehydrated and apparently have not eaten for five days.”

Speaking ahead of the EU summit tomorrow (15 December), which will, among other things, address the issue of migration, a diplomat questioned the role of NGOs near the Libyan coast which, in his view, contribute to the increase of refugees arriving in Italy.

Some 650,000 people passed through Croatia from September 2015 to March this year on the so-called Balkan route used by migrants, mainly from Syria, heading towards Western Europe, especially Germany.

The route was largely shut down in March after a series of border closures and many migrants have turned to smugglers to help them cross borders illegally as a result.

Austrian police found 71 dead migrants locked into a lorry in August 2015, and many officials fear another similar disaster.

A migrant crisis generating is slowly but surely transforming the European Union, which has until now been reluctant to share the burden, and take responsibility.