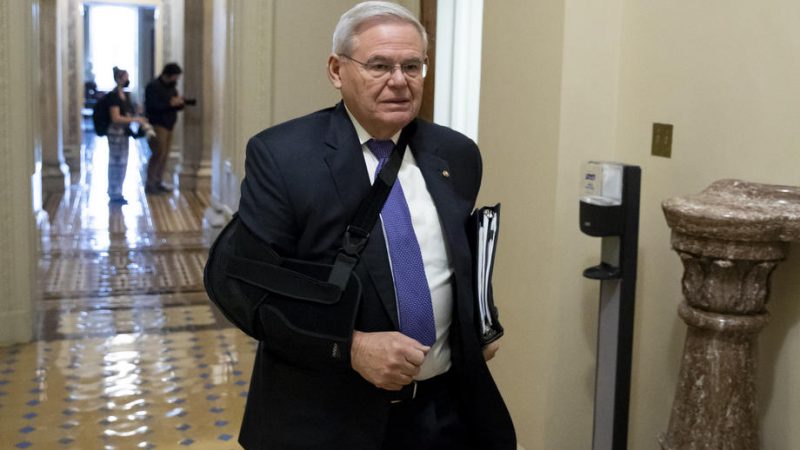 File photo. Democratic Senator from New Jersey Bob Menendez walks on Capitol Hill in Washington, DC, USA, 15 December 2021. Menendez won the support of many of his fellow Democrats, including President Joe Biden, for an alternative bill on Nord Stream 2 he introduced on 12 January 2022. [EPA-EFE/MICHAEL REYNOLDS]

The US Senate on Thursday (13 January) failed to pass a bill to slap sanctions on Russia’s Nord Stream 2 natural gas pipeline sponsored by Republican Senator Ted Cruz, a day after Democrats unveiled their own legislation.

The tally was 55 in favor and 44 against the bill that needed 60 votes to pass, a major hurdle in the 50-50 Senate. The vote spanned nearly seven hours as Majority Leader Chuck Schumer considered options on voting rights legislation.

The Biden administration had lobbied Republican senators against the Cruz text, fearing worsening of relations with Germany and antagonising Russia in the context of the tensions at the borders with Ukraine. 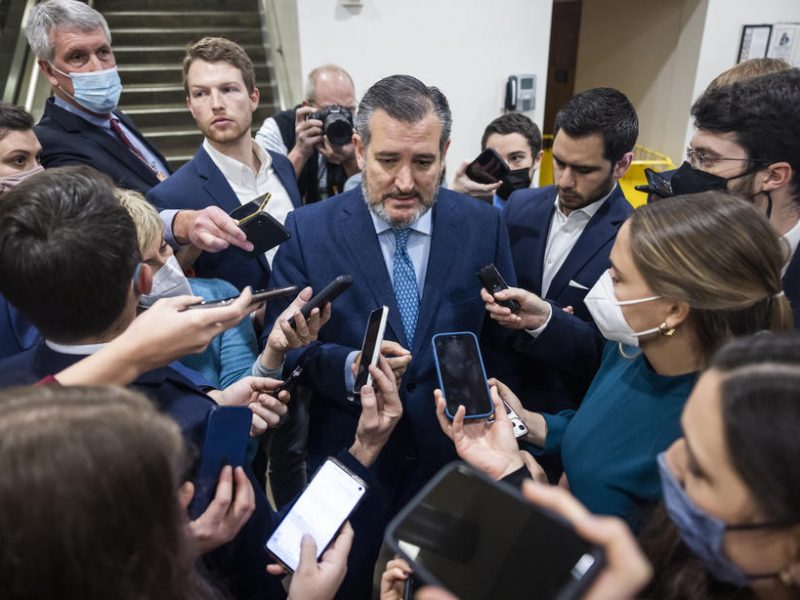 Several Democratic US senators said late on Monday (10 January), after meeting with Biden administration officials, that they believe sanctions on Russia’s Nord Stream 2 pipeline backed by Republican Senator Ted Cruz could harm relations with Germany.
Under Secretary of State …

Senator Robert Menendez won the support of many of his fellow Democrats, including President Joe Biden, for an alternative bill he introduced on Wednesday. His legislation would impose sweeping sanctions on top Russian government and military officials and banking institutions if Moscow engages in hostilities against Ukraine.

Senator Jeanne Shaheen, a Democrat who had originally co-sponsored Nord Stream 2 sanctions legislation with Cruz, voted against his bill saying it risked breaking unity in Washington and in Europe over Russian aggression against Ukraine.

She said Cruz’s legislation would “drive a wedge” between the United States and its allies, particularly Germany.

The United States, as well as some European countries including Ukraine and Poland, oppose the pipeline, which would deprive Kyiv of transit fees as well as increase Moscow’s leverage over Europe, where gas prices have been soaring.

Cruz said the vote showed a Senate majority supports fast action on the pipeline which is touted by Russian President Vladimir Putin and led by state energy company Gazprom .

A handful of Democrats, including Senators Tammy Baldwin, Mark Kelly and Raphael Warnock, supported the Cruz bill which would have put sanctions on Nord Stream 2 AG, the company building the project, within 15 days of passage. Cruz’s bill would have also allowed Congress to vote to overturn any waiver of sanctions by the president.

The Menendez bill, which does not yet have a date for a vote, would put sanctions on the pipeline, and Russian officials and entities after any aggression on Ukraine by Moscow.

The $11 billion Nord Stream 2 pipeline would send Russian gas under the Baltic Sea to Europe via Germany. It was completed late last year but is pending approvals by Germany and the EU that may not come until the middle of the year.

Ukraine’s Naftogaz CEO Yuri Vitrenko expressed satisfaction with a majority of senators, although insufficient, having voted for sanctions.

“Congress has now a clear path to include immediate Nord Stream 2 sanctions in its next bill to stop Russian aggression. We continue efforts to stop Nord Stream 2”, he tweeted.

A clear majority of 🇺🇸 Senate voted in favor of NS2 sanctions last night. 🇺🇦 is grateful for this support. Congress now has a clear path to include immediate NS2 sanctions in its next bill to stop 🇷🇺 aggression. We continue efforts to #StopNordStream2

In the perspective of Kyiv, Nord Stream 2 will allow Russia to stop transiting gas via Ukraine, which has served as an insurance policy against militaristic adventures on its soil.