In the Republic of Cyprus, the Greek flag is seen more often than the national one. [James Crisp/Flickr]

Thirty-three lawmakers from the 56-seat legislature voted in favour of the motion, while 17 from the ruling right-wing DISY party abstained.

In the resolution, lawmakers said the EU sanctions on Russia had proved “counterproductive and in no way helped to resolve the crisis in Ukraine”.

They called for the implementation of a peace deal reached last year between Moscow and Kyiv, under which Russia is to drop support for separatist rebels and observe a ceasefire in exchange for Ukrainian political reform and regional autonomy.

The sanctions “have negatively affected trade and economic relations between Cyprus and Russia during a period of continuing economic crisis”. they said.

Nicosia enjoys close relations with Moscow, which it views as an ally in the region. A sizeable Russian community lives on the Mediterranean island, where Russia makes up the second largest tourism market. 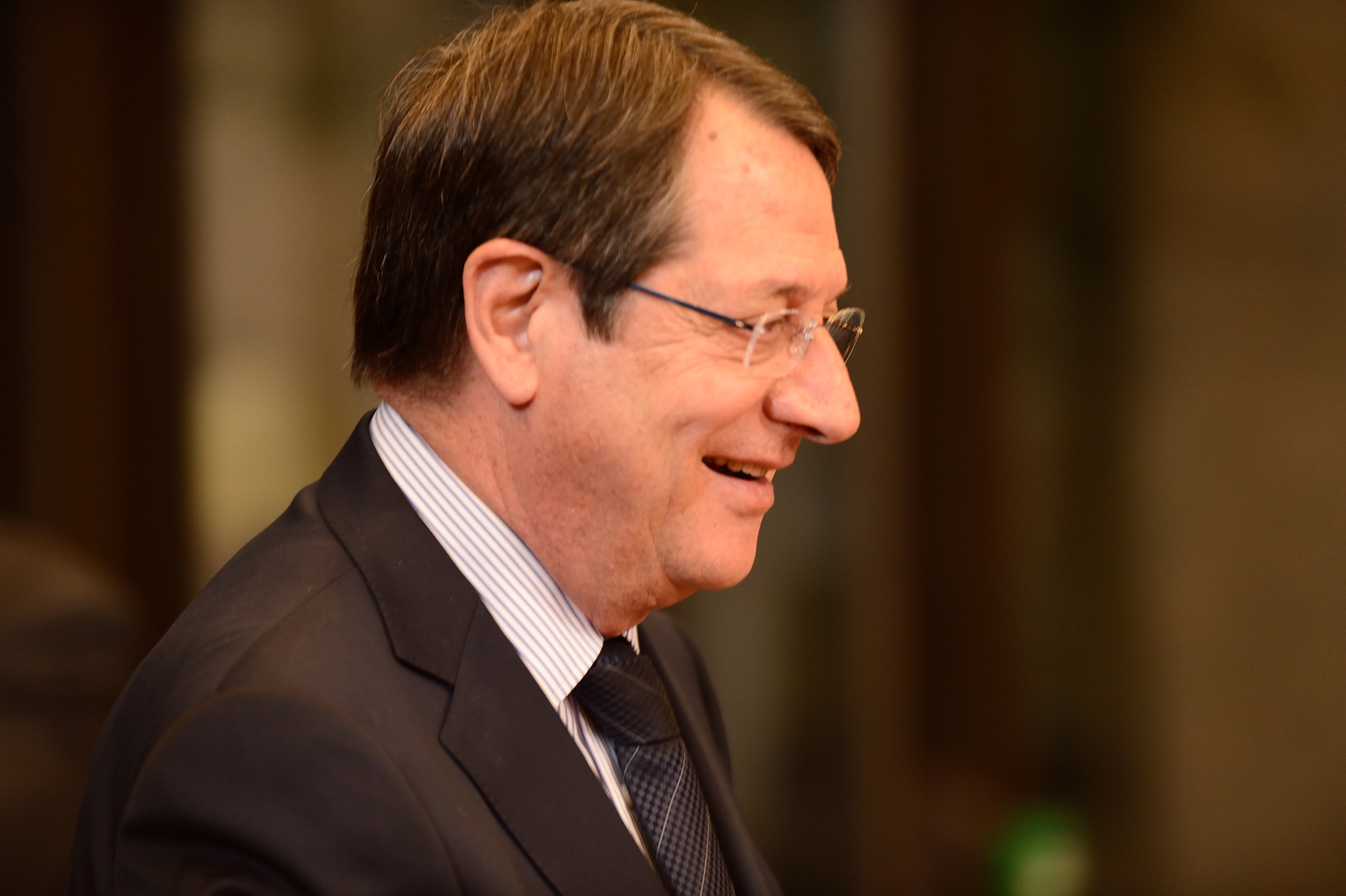 Cyprus to give access to its ports, airstrips to Russian military

President of Cyprus Nicos Anastasiades has said he is in talks with the Russian government to let its military ships and planes use Cypriot ports and airstrips in case of humanitarian operations or in emergency situations.

The Russian foreign ministry on Thursday welcomed the vote, saying it reflected “the will of a sweeping majority of the people of Cyprus to restore mutually beneficial commercial and economic ties with Russia”.

The European Union imposed economic sanctions on Russia after the shooting down of Malaysia Airlines flight MH17 in July 2014, blamed on pro-Moscow rebels in eastern Ukraine.

The measures target the oil, financial and defence sectors of the Russian economy.

The EU extended them for six months on Friday (8 July) due to a lack of progress in resolving the conflict, prompting Russia to criticise the move as “short-sighted” and insist they would not make it change course.

Tsipras says Greece and Cyprus could be ‘EU bridge to Russia’

On a visit to Cyprus on 2 February, Greek Prime Minister Alexis Tsipras told his host, Cyprus President Nikos Anastasiades, that the two countries could form a bridge between Europe and Russia, currently estranged over Ukraine.

A fragile majority in the Bulgarian parliament rejected yesterday (7 October) a motion for abandoning the EU sanctions against Russia in the context of the Ukrainian crisis, Dnevnik, the EURACTIV partner in Bulgaria reported.