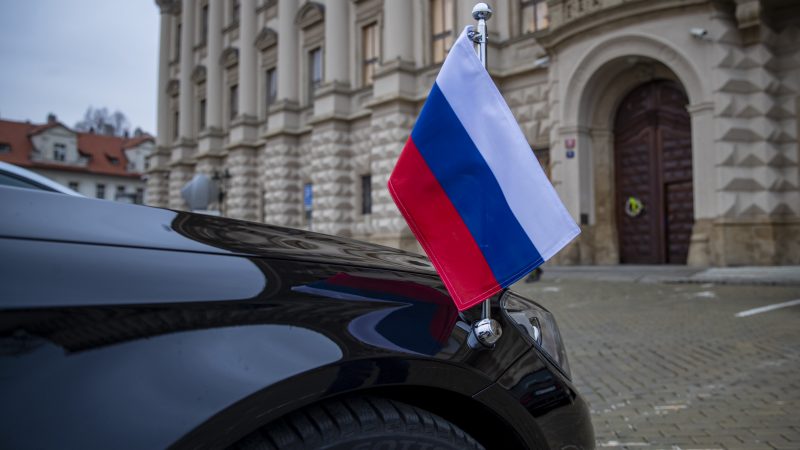 The Central European country on Saturday evicted 18 Russian Embassy staff, whom it identified as intelligence officers, over suspicions that Russian secret services were behind explosions at a privately operated arms depot in 2014.

Moscow has denied any of its agents were involved in the blast, which killed two people, branding the Czech stance a provocation, and expelled 20 Czech diplomats and other staff in retaliation.

The dispute is the biggest between Prague and Moscow since the end of Soviet domination of Eastern Europe in 1989, and comes amid growing tensions between Russia and the West.

“We will call for collective action by European Union and NATO countries that will be aimed at a solidarity expulsion of identified members of Russian intelligence services from EU and NATO member states,” Hamáček told a televised news conference.

Hamáček said he had summoned Russia’s ambassador in Prague for Wednesday, where he would inform him of a further Czech reaction. He declined to say what the reaction would be.

“(The meeting) will allow for talks of possible further allied steps,” the ministry said on Twitter, adding the country would be sending a high-level representative.

Czech officials have pointed out Russia had more diplomats in Prague than the Czech Republic had in Moscow, which had made the Russian expulsions more damaging to embassy operations.

Kremlin spokesman Dmitry Peskov told reporters on Tuesday that the Czech Republic’s allegations of Russian involvement in the 2014 explosion were unfounded and formed part of a wider series of attempts to contain Russia.

Prague previously said it had evidence backing the suspicion that the warehouse blast was caused by the same agents of Russia’s GRU military intelligence blamed for the poisoning of former Russian spy Sergei Skripal in Britain in 2018. Moscow also denies involvement in the Skripal case.