A killer robot. [International Committee of the Red Cross]

The ministers deliberated together with representatives from NATO, the UN and a group of leading private sector experts (Global Tech Panel) created by Mogherini.

The EU foreign affairs chief called the exchange “extremely consensual and extremely productive”. She also praised the Helsinki Centre of Excellence for Countering Hybrid Threats, as well as the overall hospitality and good offices of the Finnish Presidency of the Council of the EU.

During its Presidency, Finland said it wanted to encourage member states to discuss the effects of AI developments and digitalisation on the defence sector, as well as to strengthen their capacities to prevent and respond to hybrid threats.

The aim is to identify existing EU tools for developing national and European skills and technologies, and find more ways to cooperate within the EU and with partners such as NATO and the United States.

One of the issues discussed, Mogherini said, were standards and regulations to ensure that humans keep control of autonomous weapon systems at any time. The EU has a role to play in helping the global community shape discussions around these issues, especially in the UN framework, she said.

Regarding climate change, Mogherini reminded that the EU was among the first to identify this phenomenon as a security threat, and added that the EU was looking for synergies with the UN and NATO, and wanted to avoid duplications of efforts.

Two more issues were discussed, she said: how the military contribute to address climate change, in particular reducing the energy dependency and its carbon footprint, and the effect of climate change on crisis areas that can affect the way military can be deployed in these theatres.

She mentioned the region of Sahel, where the military on the ground have to face a situation that is evolving in terms of climate change.

‘Coalition of the willing’ on maritime security

Maritime security was also discussed, in particular the concept of a coordinated maritime presence in certain areas of strategic interest for the EU. Mogherini said the EU saw a growing threat in maritime security in the context of growing geostrategic rivalries, growing piracy activities and organised crime.

As she explained, this would amount to a “coalition of the willing” gathering naval capacity on a voluntary basis, which would remain under the chain of command of the national authorities, but would agree to share information and analysis and promote international cooperation at sea and with the coastal states concerned.

Discussions are still at a preliminary stage, Mogherini added, but member states showed interest to work further, and have a first test, possibly with a “very light” operation in the Gulf of Guinea, where piracy is rife.

She made it clear that this form of cooperation would not substitute the traditional way of naval operations in the EU. The Union has deployed over years two naval military operations, Sophia in the Mediterranean, in the context of the refugee crisis, and Atalanta off the horn of Africa, in the context of fight against piracy.

Asked by journalists if the new concept of naval operation would be deployed in the Strait of Hormuz, scene of recent tensions, Mogherini made it plain that the blueprint was older than the recent developments.

“This was first conceived from our side a few months ago, in a situation that is not linked to any specific tension, related to the Gulf or the Strait of Hormuz, but as an instrument to coordinate better the member states naval presence in a certain area that would be recognised as strategically important for the EU as such”, she said.

Asked about Sophia, which suffered an Italian veto largely inspired by then deputy Prime Minister Matteo Salvini, she said the operation’s mandate expires in September, but that EU countries had one month to decide its future. 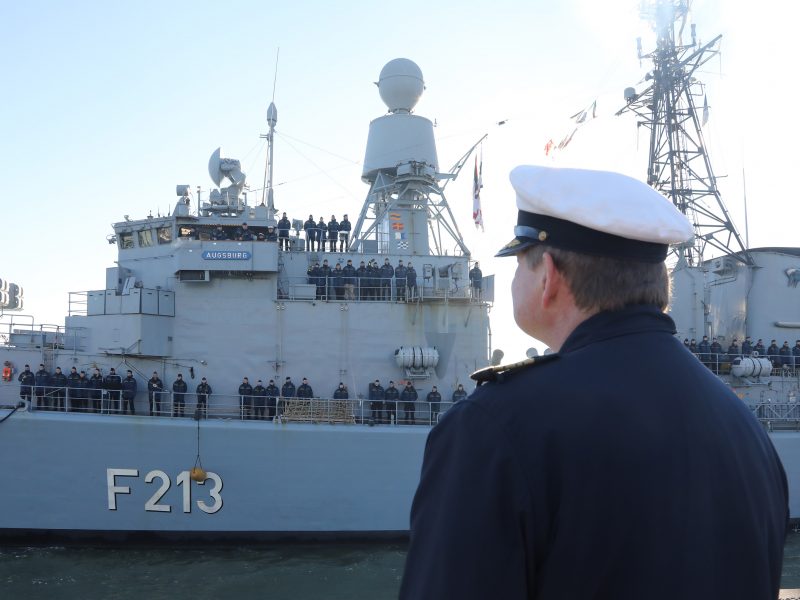 After much wrangling, the EU agreed this week to …

“Next week probably you will have some indications about the orientations of member states in this respect,” she said.

She however added that the latest developments were “an important moment” for Italian politics.