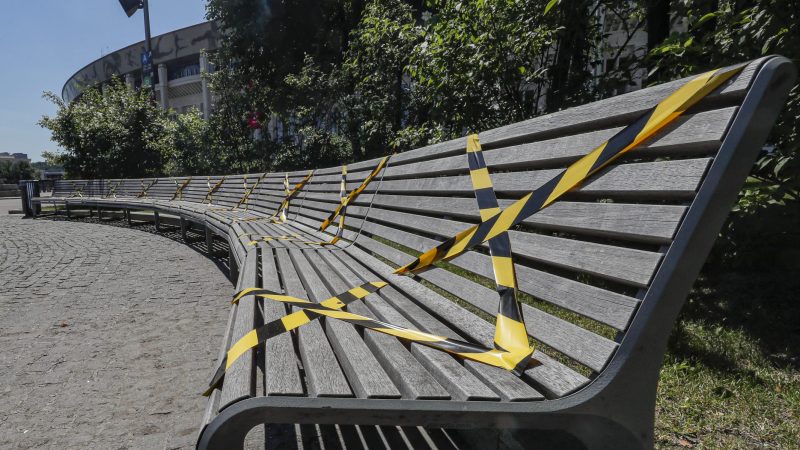 At the request of the tourism industry, restaurants would also no longer be forced to close, though they will only be allowed to accept only vaccinated customers. [EPA-EFE/SERGEI ILNITSKY]

Moscow and Indonesia on Sunday (27 June) recorded their worst daily coronavirus death toll due to the highly contagious coronavirus Delta variant, while various EU countries envisaged new restrictions, likely to upset their plans for a return to relative normality this summer.

Indonesia saw more than 21,000 infections in a day, a record, as countries across the Asia-Pacific region extended or reimposed restrictions to tackle fresh waves of cases.

Even as vaccination drives have brought down infection numbers in many wealthy countries, the Delta strain of the virus is a growing concern.

The Delta variant, first identified in India, is now in 85 countries and is the most contagious of any Covid-19 strain so far identified, according to the World Health Organization.

While in much of Europe and the United States curbs on daily life are easing as vaccination programmes bear fruit, Russia is grappling with a deadly third wave.

Saint Petersburg has hosted six Euro 2020 matches and is due to host a quarter-final on Friday, with spectator numbers capped at half but still upwards of 26,000 people.

Russia has seen an explosion of new infections since mid-June driven by the Delta variant. Officials in Moscow are pushing vaccine-sceptic Russians to get inoculated.

On Monday Germany declared Portugal a ‘variant zone’ from Tuesday, which reportedly prompted the massive return of German tourists before this date.

Over 70% of coronavirus cases in the Lisbon area are from the Delta variant, which is quickly spreading to other parts of the country, a report said late on Friday.

The national health institute said in its report that the Delta variant represented 51% of cases in mainland Portugal, showing the variant is “spreading rapidly” as it happened in Britain.

New coronavirus cases rose by 1,604 on Friday, the biggest jump since 19 February, when the country of just over 10 million people was still under lockdown. In total, Portugal has recorded 871,483 cases and 17,081 deaths since the pandemic began. 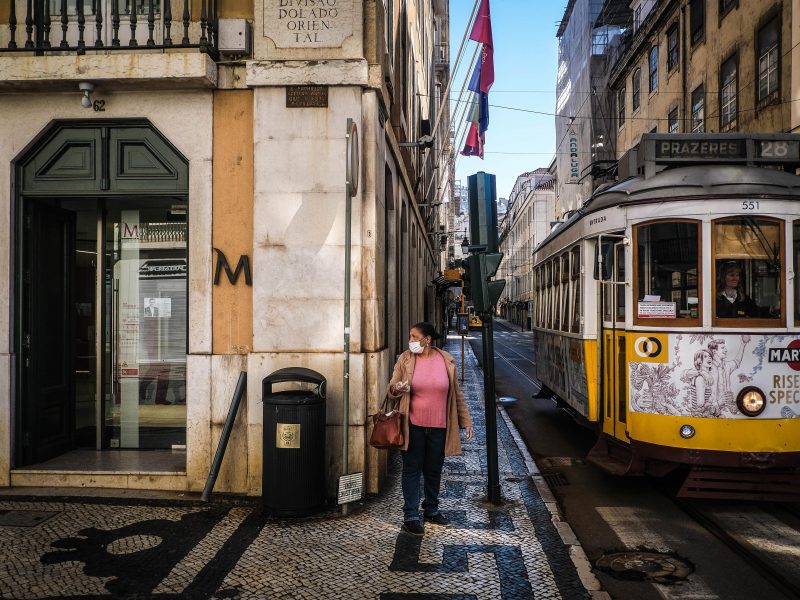 Portugal's coronavirus cases grow, half a million workers at risk of lay off

Confirmed coronavirus cases in Portugal pushed past the 10,000 mark on Saturday (4 April), while government data showed more than half a million Portuguese workers were at risk of being temporarily laid off due to the outbreak.

The government has banned the sale of alcohol, and all gatherings except for funerals, capped at 50 people. The overnight curfew has been extended by an hour, and restaurants and other outlets can now only serve take away food.

“The peak of this third wave looks set to be higher than the previous two,” the president warned. South Africa, the worst-hit nation on the continent, has already suffered nearly 60,000 deaths.

The Delta variant is also feeding fresh outbreaks in Southeast Asia and Australia where authorities have brought back or extended restrictions.

More than 110 Covid-19 cases have been reported in Sydney since a driver for an international flight crew tested positive in mid-June for the Delta variant.

The flare-up has been a shock for a place that had returned to relative normality after months with few local cases.

Australia’s northern city of Darwin also entered a separate snap 48-hour lockdown on Sunday after a handful of cases linked to a coronavirus outbreak on a remote gold mine.

Similar spikes in infections have been seen across Southeast Asia, with Indonesia setting a new daily infection record of more than 21,000.

Hospitals are flooded with patients in the capital Jakarta and other Covid-19 hotspots across the region’s hardest-hit nation.

Thailand will from Monday reimpose restrictions on restaurants, construction sites and gatherings in the capital Bangkok. Its latest wave began in April when a cluster was found in upscale Bangkok clubs.

Premier Prayut Chan-O-Cha has said he plans to fully reopen the country by October, but this would require hitting a target of vaccinating 50 million Thais in four months.

In neighbouring Malaysia, the prime minister announced a nationwide lockdown already in place for about a month will continue. He gave no date for the lifting of restrictions.

Bangladesh also said it would impose a new national lockdown from Monday, with offices shut for a week and only medical-related transport allowed.

The announcement prompted tens of thousands of migrant workers to desert the capital Dhaka, where the lockdown will cut off their revenue sources.

Infections declined in May but started to rise again this month, with a pandemic high of 119 deaths on Sunday, according to the health ministry.

Athens on Sunday announced that all Russian travellers, vaccinated or not, would have to show a negative PCR or rapid test result on arrival in Greece. They will also have to undergo another test as soon as they arrive.

Since March, tourism officials had repeatedly stated that they would recognise Russia’s Sputnik V vaccine.

But according to media reports, during an EU summit in Brussels on Thursday, German Chancellor Angela Merkel and French President Emmanuel Macron blasted Greece and other tourism-dependent countries for accepting travellers without tests who were vaccinated with Chinese and Russian vaccines.

He also referred to a “certain discrepancy of pronouncements” on the safety of Covid-19 vaccines between the European Medicines Agency (EMA) and national medicine bodies.

Germany will attempt to ban British travellers from the EU regardless of whether or not they have had a COVID-19 vaccine, The Times reported on Monday.

The German chancellor wants to designate Britain as a “country of concern” because the Delta variant of the coronavirus is so widespread, the newspaper said.

The plans will be discussed by senior European and national officials on the EU’s integrated political crisis response committee and will be resisted by Greece, Spain, Cyprus, Malta and Portugal, the newspaper added.

Merkel is due to meet British Prime Minister Boris Johnson at Chequers next week.

Britain plans to unveil plans next month to allow fully vaccinated people to travel unrestricted to all countries except those with the highest COVID-19 risk.