Staffan De Mistura, on the right, and Federica Mogherini, on 24 April 2018. [Commission]

International donors are expected today (25 April) to pledge billions of dollars for Syria after the UN’s special envoy warned of a looming humanitarian disaster in the rebel-held region of Idlib.

The UN’s aid agency says some $8 billion is needed from the gathering of ministers and aid organisations in Brussels for work both inside Syria and with refugees in neighbouring countries.

As forces loyal to President Bashar al-Assad wage a new offensive against Islamic State jihadists entrenched in a southern district of Damascus, the conference will also try to re-energise the floundering UN-led peace process in the hope of ending the bloody war, now in its eighth year.

Idlib, on the Turkish border in northwestern Syria, is held by an array of rebel, Islamist and jihadist forces and has seen a massive influx of people fleeing the conflict.

“We were and are concerned on the humanitarian side by Idlib. Because Idlib is the big new challenge, 2.5 million people,” UN Syria envoy Staffan de Mistura told the first day of the conference on Tuesday.

“We hope that this would be an occasion for making sure that Idlib does not become the new new Aleppo, the new Eastern Ghouta, because the dimensions are completely different.”

UN envoy de Mistura rejects the Syria-Russia anti-terror narrative: 'Idlib is the big new challenge. 2.5 million people – and you will not believe that these are all terrorists of course. There are women and children'

Some 6.1 million people are now internally displaced in Syria, more than five million have fled the country and 13 million including six million children are in need of aid, according to the UN. More than 700,000 people have been displaced since the start of this year alone.

The head of UN aid agency UNOCHA Mark Lowcock said the gathering needed to raise some $8 billion for work inside Syria and with refugees in neighbouring countries, warning that some programmes may have to be cut back if funds are not forthcoming.

“We are quite desperately short of resources,” he told reporters, saying UNOCHA managed to raise only half of the funds it needed in 2017.

Europe is also keen to use the conference to restart UN-led talks in Geneva which have made little progress in eight rounds, with Assad’s government paying little interest and Russia, Iran and Turkey launching a rival process in the Kazakh capital Astana last year.

Russia and Iran are Assad’s key allies and their military intervention in Syria is widely seen as tipping the balance in the civil war.

Mogherini and de Mistura both called on Moscow, Tehran and Ankara to do more to reach a ceasefire.

“The main message is that Syria is not a chessboard, it’s not geopolitical game,” Mogherini said.

Moscow has repeatedly defended its Syrian ally at the UN, most recently over the suspected chemical attack in the town of Douma, blamed by Western powers on Assad’s forces.

Britain’s development minister Penny Mordaunt is expected to urge delegates at the conference to step up the pressure on Moscow.

“In wielding its UN veto 12 times on Syria, (Russia) has given a green flag to Assad to perpetrate human rights atrocities against his own people,” Mordaunt will say, according to her office.

“We’re here to address the urgent humanitarian needs in Syria and the wider region, but all of us here know that the only solution to end the suffering in Syria is a political settlement that brings peace.”

A UN Security Council retreat in a secluded farmhouse in Sweden at the weekend, called in a bid to overcome its paralysis on Syria, had lowered the “temperature” but failed to find a political solution, Mistura said.

But it is not clear how effectively the Brussels conference will be able to mobilise political pressure on Assad and his backers. 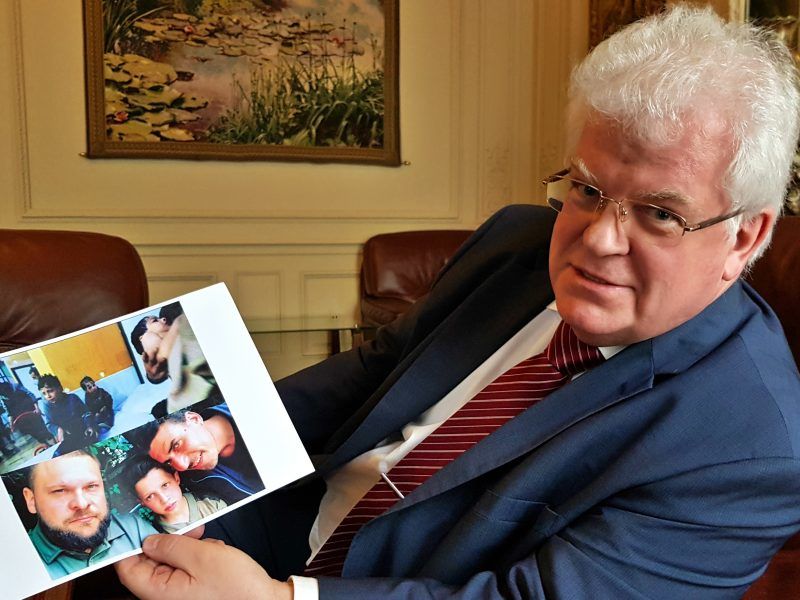