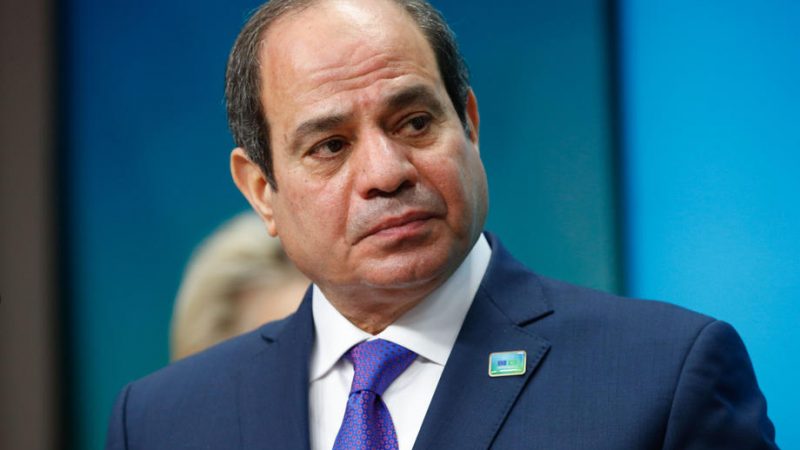 The Egyptian president has called for EU support for his country’s position on the ‘existential’ Grand Ethiopian Renaissance Dam as the two sides look to step up political and economic relations against the backdrop of Russia’s war in Ukraine. [EPA-EFE/JOHANNA GERON / POOL]

The Egyptian president has called for EU support for his country’s position on the ‘existential’ Grand Ethiopian Renaissance Dam as the two sides look to step up political and economic relations against the backdrop of Russia’s war in Ukraine.

Egyptian President Abdul Fattah al Sisi told EU enlargement commissioner Olivér Várhelyi that the fate of the dam was an ‘existential issue’ for Egypt and its people and requested the bloc’s support during a meeting in Cairo on Wednesday (1 June).

The dam across the River Nile in northern Ethiopia is set to generate 5.15 gigawatts of electricity, making the dam the largest hydroelectric power plant in Africa, and one of the largest in the world when completed. However, its implications for the water supply to Egypt and Sudan are vast. In 2020, Ethiopia began filling the dam’s reservoir without the consent of its two neighbours.

Negotiations over the dam, particularly over the distribution of water and energy supplies, between Egypt, Ethiopia, and Sudan mediated at different stages by the United States and the African Union, with the EU as an observer, have been stalled for years.

The European Commission views Egypt as a strategically important country in both the Maghreb region and Africa, and its importance in terms of energy policy and wider geopolitics has increased following Russia’s invasion of Ukraine. The two sides are expected to sign a Memorandum of Understanding with Israel in the coming weeks to export natural gas to EU countries, Israel’s energy minister confirmed on Monday.

The Israeli gas will go through pipelines from Israel to Egypt, and then be shipped to Europe, she said.

In April, Italian energy company Eni signed a deal with Egypt’s EGAS that will see Egypt expanding gas exports to Europe to three billion cubic metres of liquified natural gas from 2022. The European Commission is expected to launch official talks with gas-producing nations in Africa in the coming days.

“Egypt is the link between the Arab and European worlds, and the axis of maintaining security and stability in the Middle East and the African continent,” said Várhelyi, in a statement following his meeting with al Sisi.

However, Egypt has been hit by the aftershocks of the war in Ukraine. One of the largest importers of wheat from Ukraine, it has been allocated €100 million from a €225 million EU fund to support North African countries facing wheat supply shortages, although EU leaders indicated at the European Council summit this week that this fund’s scope and resources will be increased.

This week, Polish President Andrzej Duda has also been courting al Sisi’s support on his first-ever official visit to Egypt with a view to importing liquefied gas from Egypt to Poland.

Earlier in May, US national security adviser Jake Sullivan met al Sisi in Cairo and discussed Washington’s support “for Egypt’s security, food, and fuel needs”, according to an official statement.