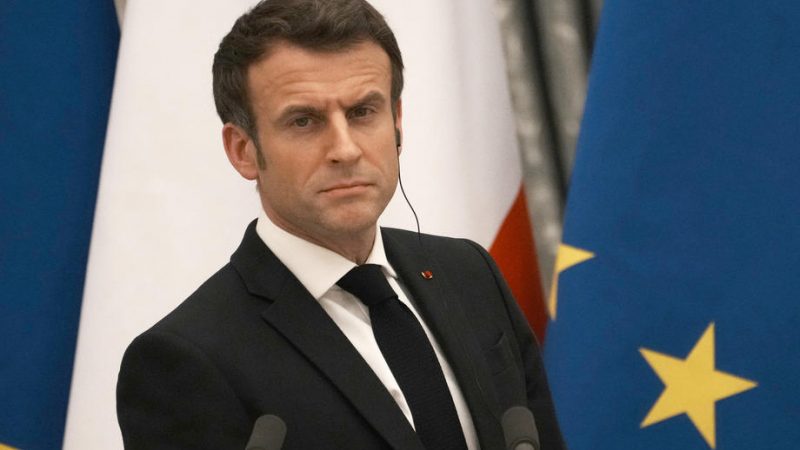 “Democracy is being called into question before our eyes,” said Macron, adding that the war must be an opportunity for Europe, which has “shown remarkable unity”, to become a “power of peace”. [Pool/EPA./EFE]

French President Emmanuel Macron’s visit to Russia brought “an element of détente” to the crisis between the West and Moscow over Ukraine, but did not amount to a “miracle,” the EU’s diplomatic chief said Tuesday (8 February).

“As far as people are willing to sit at the table and talk I think that there is a hope for not going into military confrontation,” Josep Borrell told reporters at the end of a visit to Washington.

As such, Macron’s visit Monday with his Russian counterpart Vladimir Putin was “a positive signal” and “a good initiative,” Borrell added.

“I think it represents an element of détente.”

Détente is a term from the Cold War characterising the policy of relaxing tensions between the Soviet Union and the West, as promoted by Richard Nixon, Henry Kissinger and Leonid Brezhnev, between 1969 and 1974.

Russia has massed more than 100,000 troops on its border with Ukraine, prompting accusations from the United States and European nations that it is preparing an invasion.

Moscow denies plans to invade and has demanded sweeping security guarantees from Washington and the NATO alliance.

Intense diplomacy has been underway to avert war, with Borrell previously describing the situation as the most dangerous for Europe since the end of the Cold War.

After Macron met with Putin, he said he saw “concrete” solutions to the crisis and had received assurances from the Russian leader that there would be no further escalation.

But despite his optimism, Borrell said the problem “has not yet been solved.”

“The visit of President Macron to Moscow was important, but it has not produced a miracle,” he said, with no signs of Russian de-escalation.

The most important thing for Russian authorities was not Ukraine, but “the new architecture of security in Europe,” he said, adding that “they contest this architecture.”

“They put pressure on Ukraine in order to obtain sitting and talking about something that for them is important, the enlargement of NATO and the security concern they have.”

Macron, the first leader of a major Western power to meet Putin since Russia massed troops near Ukraine, said on Tuesday he believed steps can be taken to de-escalate the crisis and called on all sides to stay calm.

In contrast to the US and British leaders, Macron has played down the likelihood that Russia may soon invade its neighbour.

After shuttling from Moscow to Kyiv on Tuesday in a bid to mediate a settlement and avoid war, the French president had no breakthroughs to announce. However, Macron said he thought his talks had helped prevent the crisis from escalating further. He said had never expected “for one second” that Putin would make concessions.

Putin and Ukrainian President Volodymyr Zelenskiy had told him they were committed to the principles of a 2014 peace agreement, he said, adding that this deal, known as the Minsk accords, offered a path to resolving their ongoing disputes. 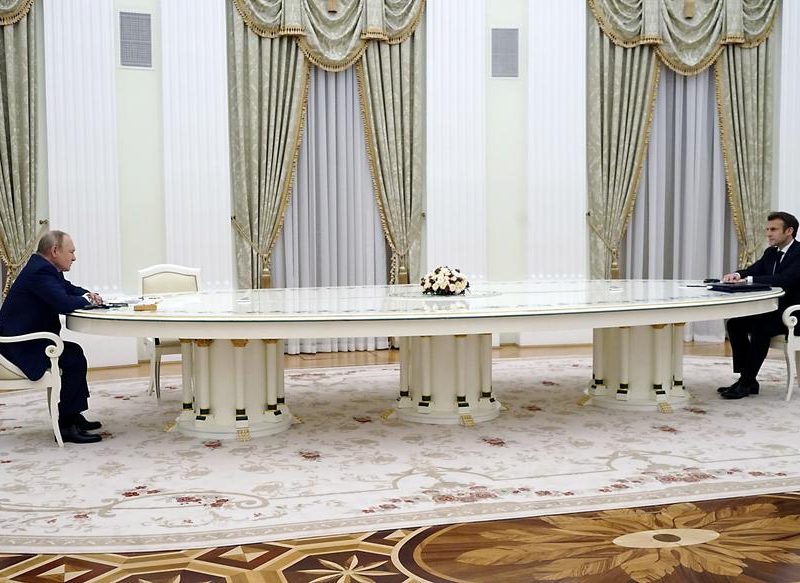 In search of Ukraine de-escalation, Macron and Putin focus on Minsk agreements

More than five hours of talks between French President Emmanuel Macron and Russian President Vladimir Putin in Moscow failed to produce a breakthrough on the Ukraine crisis, but both leaders appeared to see potential in an agreement brokered in 2014-2015.

“This shared determination is the only way allowing us to create peace, the only way to create a viable political solution,” Macron told a joint news conference with Zelenskiy.

Macron flew later to Berlin for meetings with German Chancellor Olaf Scholz. In a statement alongside Macron before the talks began, Scholz told reporters: “Our common goal is to prevent a war in Europe.”

While Western countries have stood together to back Ukraine, they disagree about the likelihood of war.

French officials have suggested they think Washington has overstated the threat, and Kyiv has also played down the likelihood of a large-scale invasion.

But whatever Moscow’s true aims, Western countries say they cannot safely assume the crisis will end without war unless Russia pulls back its troops.