Erdoğan this week called snap elections for 24 June, bringing the polls forward by a year and a half.

Both Austria and the Netherlands have announced their governments would not look warmly to any possible campaigning on their soil by Turkish politicians.

Austria’s right-wing coalition government will bar Turkish politicians from campaigning on its territory ahead of June elections in Turkey.https://t.co/4B0uictpZE pic.twitter.com/rGhH3W4Gq9

In an interview with private NTV broadcaster, Erdoğan took aim at Austrian Chancellor Sebastian Kurz who said Friday campaign events would “not be welcome” and would not be allowed.

Erdoğan said the steps taken by Kurz would “entirely turn against him.”

“Turkey’s struggle for democracy cannot be easily restricted,” he said.

The early election will accelerate the transition to a new presidential system which critics fear will lead the way for one man rule.

Kurz had told Oe1 radio Friday: “The Turkish leadership under Erdoğan has for years tried to instrumentalise communities of Turkish origin in Europe; this has been the case for Erdoğan’s campaign events and those of his supporters.”

“They are Turkish elections, so the campaign should remain in Turkey,” he said, warning that any campaigning by Turkish politicians could cause public disorder in the Netherlands.

Erdoğan said he would address Turkish origin voters in a European country without elaborating further.

“We have finalised our preparations abroad. I will not publicise the country now but God willing, I will address a crowd of 10-11,000 at a meeting of an international organisation,” he added.

Turkey’s EU Affairs Minister Omer Celik also blasted the prime ministers of Austria and the Netherlands, saying they were “not leaning on democratic values”.

“With this approach, Austria and Holland are poisoning democratic values in their own countries. By doing so, they are helping spread of racist political movements hostile to European Union values,” he wrote on Twitter Saturday.

Last year, Turkey’s relations with some of the EU member states including Germany, Austria and the Netherlands, took a strained turn after they banned rallies ahead of a constitutional referendum won by Erdoğan. 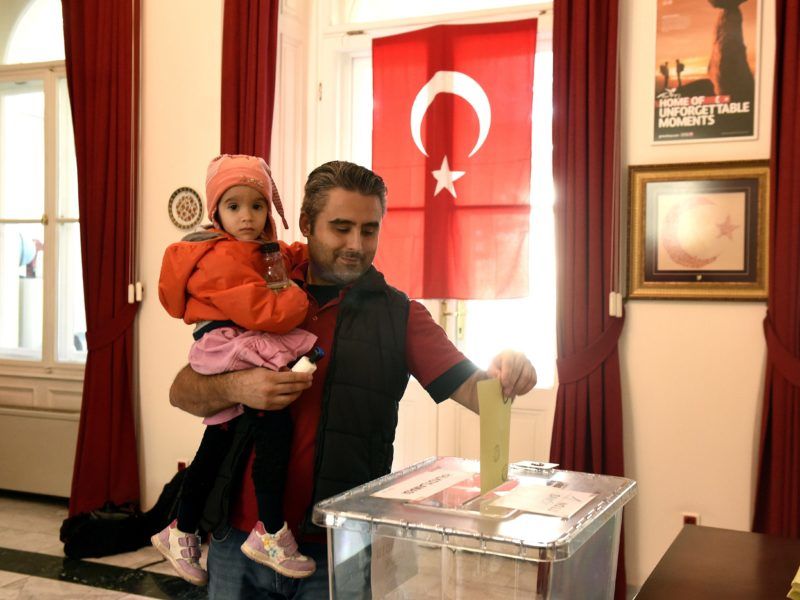 One response to “Erdogan: Austria will ‘pay a price’ for banning Turkish campaigning”