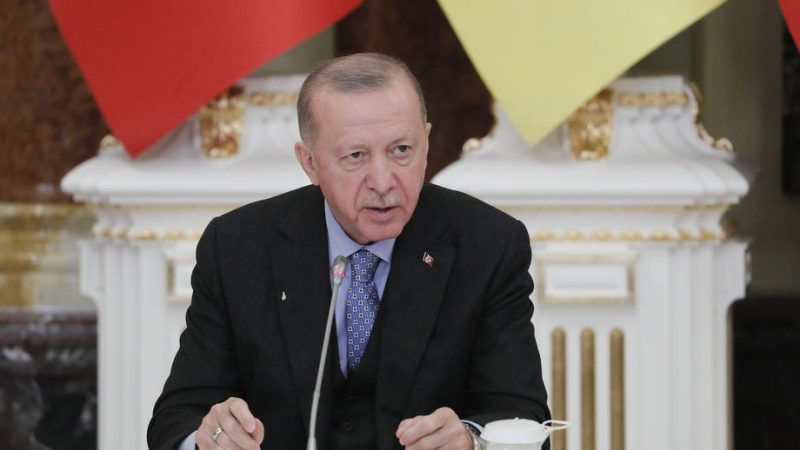 The two premiers discussed ceasefire talks between Russia and Ukraine, according to Erdoğan’s office. The talks failed to reach a breakthrough on Monday, and negotiators have not said when a new round would take place.

Erdoğan’s office said he told Lukashenko that Turkey will continue to make efforts to stop the war and restore peace. Russia calls its actions in Ukraine a “special operation”.

While forging close ties with Russia on energy and defence, Ankara has sold drones to Ukraine and inked a deal to co-produce more, angering Moscow.

Turkish Foreign Minister Mevlüt Çavuşoğlu appealed to Russian and Ukrainian counterparts for a ceasefire and negotiations, which Erdoğan has offered to host.

Turkey’s leader said on Monday that his country could not abandon its ties with Russia or Ukraine, adding Ankara would implement a pact on passage via straits in Turkish waters leading to the Black Sea to prevent an escalation of the war.

The significance of the term ‘war’

Ukraine has asked Turkey to close the Bosphorus and Dardanelles straits to Russian ships.

NATO ally Turkey on Sunday called Russia’s invasion a “war”, allowing it to invoke articles under a 1936 international accord that will limit the passage of some Russian vessels from Turkish straits.

That could curb Moscow’s ability to build up its naval force attacking Ukraine’s Black Sea Coast, though it all depends on the small print in the 1936 Montreux Convention.

The pact allows Turkey to limit naval transit of its Dardanelles and Bosphorus straits during wartime but has a clause exempting ships returning to their registered base.

At least four Russian ships are currently waiting on Turkey’s decision to cross from the Mediterranean.

Two of them – a frigate and a destroyer – have reportedly formally asked to make the journey as soon as this week. Any of them claiming the Black Sea as their base could still make the journey, leaving Turkey with some wriggle room.

Turkey has previously offered to mediate in the crisis between Russia and Ukraine. Turkey shares maritime borders with both countries and has good relations with them.

Lukashenko has fallen in line with Russian President Vladimir Putin’s military assault on Ukraine after earlier playing an intermediary role between the two neighbours.

He said last week that troops from his ex-Soviet country could take part in Russia’s military operation against Ukraine if needed.