Erdogan heads to Paris to thaw relations with the EU 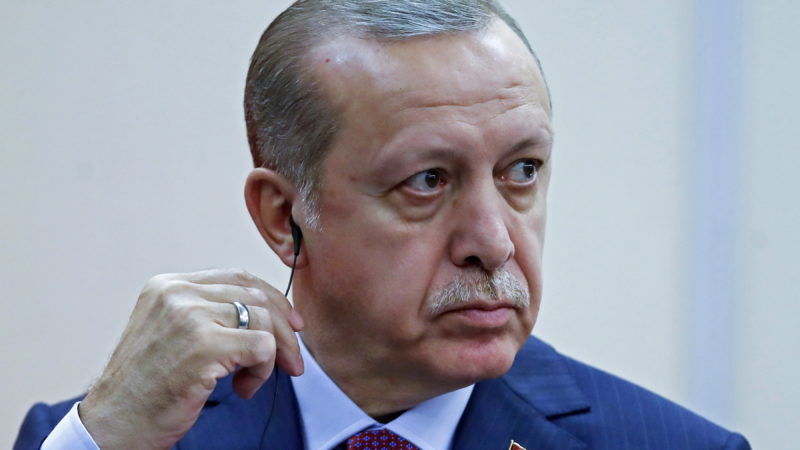 Turkey’s President Recep Tayyip Erdogan on Friday (5 January) visits Paris for talks with French Presdent Emmanuel Macron, seeking to start the New Year by warming relations with the European Union after a heated 2017.

Erdogan’s visit comes as Turkey has seen its decade-long negotiations to join the EU almost grind to a halt and widespread criticism over a far-reaching crackdown against the president’s opponents since last year’s failed coup.

“Friday, I will go to France. We will discuss bilateral relations between France and Turkey,” Erdogan said in a televised speech to members of his ruling AKP party.

The announcement follows Erdogan expressing hope for a better relationship with the EU, telling Turkish journalists last week: “I always say this. We must reduce the number of enemies and increase the number of friends.”

Erdogan launched a huge purge of state institutions after the attempted coup in July 2016; more than 55,000 people have been arrested since then, including journalists, lawyers, opposition politicians and academics.

A French journalist, Loup Bureau, who was detained in a Turkish prison for more than seven weeks on “terror” charges, returned to France in September after Macron appealed to Erdogan for his release.

In September, Macron said in an interview with Greek newspaper that “Turkey has objectively moved away from the European Union in recent months, with disturbing drifts that can not remain without consequence.”.

“By getting closer to France, Turkey is seeking to give a new boost to its EU membership bid,” said Jana Jabbour, professor of Political Science at Sciences Po university in Paris and the author of a book on Turkish foreign policy.

Jabbour told AFP this need was especially acute at a time of diplomatic tensions with the United States following Donald Trump’s recognition of Jerusalem as the capital of Israel.

The Turkish leader has been a frequent visitor to Russia, the Gulf and Africa over the last year but has been rarely sighted in Europe since the July 15, 2016 coup bid aimed at removing him from power.

The visit to France will be his first since the botched putsch. Over the last year — discounting G20 and NATO summits — Erdogan’s only trips to EU member states have been to Poland and Greece.

President Recep Tayyip Erdogan begins the first visit by a Turkish head of state to Greece in 65 years Thursday (7 December), with concerns over relations as Athens said it was “worried” by his comments perceived as reviving territorial friction.

He praised Macron — as well as the German leadership — for support over the Jerusalem issue, saying the EU and Ankara were on the same page.

Ahead of the visit, Erdogan’s spokesman Ibrahim Kalin described France as a “leading ally” and expressed hope that the visit would further boost their alliance.