Turkey is embroiled in a series of disputes with France and its EU partners, from tensions in the eastern Mediterranean to the contested Nagorno-Karabakh region.

The spat has risen to new levels in recent months as France has moved to crack down on Islamist extremism after several attacks on its soil.

“Macron is trouble for France. With Macron, France is passing through a very, very dangerous period. I hope that France will get rid of Macron trouble as soon as possible,” Erdoğan told reporters after Friday prayers in Istanbul.

He said the French should dump their leader “otherwise they will not be able to get rid of yellow vests”, referring to the protest movement that erupted in France in 2018.

The Turkish leader has repeatedly suggested that Macron get “mental checks” and urged the Turkish people to boycott French-labelled products.

Erdoğan’s diatribe came as the European Union weighs imposing sanctions against Turkey at a December 10 summit, largely over its standoff with EU member Greece in the eastern Mediterranean.

Diplomats have said that Paris is pressing for such punitive measures against Ankara even if some key EU members — notably Germany — are more circumspect and want a diplomatic approach.

“We are ready to use the means at our disposal,” said European Council chief Charles Michel, expressing dismay over Ankara’s “unilateral acts” and “hostile rhetoric”.

In a televised interview Friday, Macron appeared unwilling to be drawn into a new round of insults with Erdoğan.

“I believe in respect… I think invective between political leaders is not a good method,” said Macron.

‘Give Marseille to Armenians’

Turkey and France are also at odds over Nagorno-Karabakh, a region of Azerbaijan populated by ethnic Armenians that broke away from Baku’s control in a 1990s post-Soviet war.

Turkey is a staunch ally of Azerbaijan and Macron — whose country has a large Armenian community — repeatedly accused Ankara of sending Syrian militia to fight for Baku.

French President Emmanuel Macron on Friday (2 October) demanded that Turkey explain what he said was the arrival of jihadist fighters in Azerbaijan — and urged NATO to face up to its ally’s actions.

Last month, the French Senate adopted a non-binding resolution calling on France to recognise Nagorno-Karabakh as an independent state.

“You are a mediator but on the other side, you have passed a resolution in your parliament… about a region on which you are supposed to be a mediator,” Erdoğan charged.

France along with Russia and the United States co-chairs the Minsk Group, which has led talks seeking a solution to the conflict for decades but has failed to reach a lasting agreement.

Erdoğan also repeated comments by Azerbaijani President Ilham Aliyev that France should concede the Mediterranean port city of Marseille — home to one of France’s biggest Armenian communities — to Armenia if it wanted to establish a state for the Armenians of Karabakh.

“I am giving the same advice: if they are so keen, they should give Marseille to Armenians,” Erdoğan said.

In September, Macron’s comments on the simmering eastern Mediterranean standoff, which has pitted Turkey against Greece and the rest of the EU, drew Ankara’s wrath. 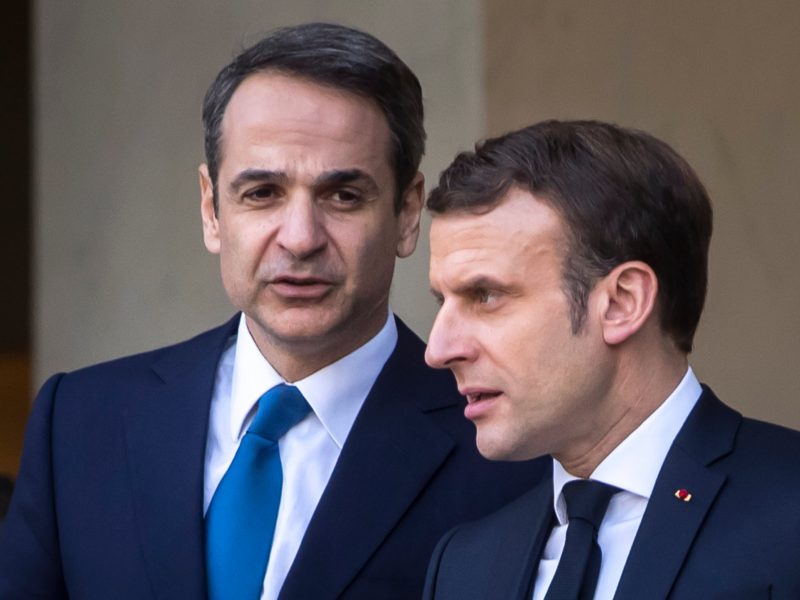 “The people of Turkey, who are a great people, deserve something else,” Macron said in comments slammed by Ankara as meddling in domestic politics.

Macron told Al-Jazeera in October France wanted things to “calm down” but it was essential first that the “Turkish president respects France, respects the European Union, respects its values, does not tell lies and does not utter insults”.

Erdoğan announced Thursday that he will visit Azerbaijan on 9 and 10 December following the truce.

Since Azerbaikan controls a narrow corridor connecting its enclave Nahichivan to the territory of Nagorno-Karabakh it controls, Turkey claims it has built a Turkic axe spanning from Turkey’s mainland trough the Uigurs in China.