Erdogan says Greek PM Mitsotakis ‘no longer exists’ for him 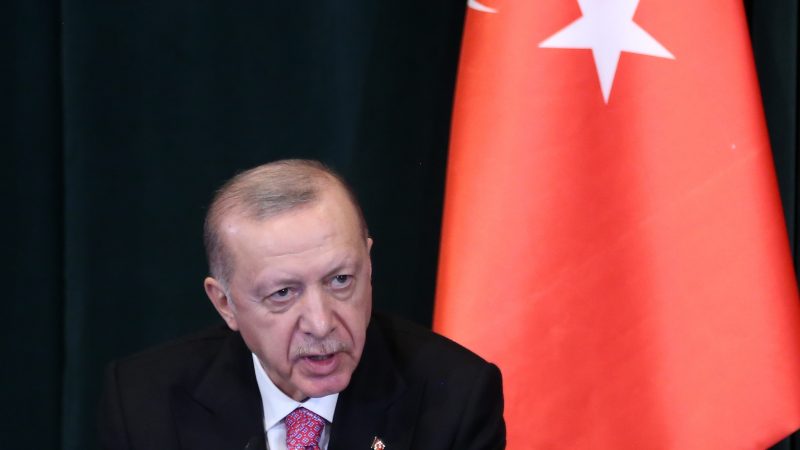 Turkish President Tayyip Erdoğan said on Monday (23 May) that Greek Prime Minister Kyriakos Mitsotakis “no longer exists” for him, accusing the Greek leader of trying to block sales of F-16 fighter jets to Turkey during a visit to the United States.

“We had agreed to not include third countries in our dispute with him. Despite this, last week, he had a visit to the US and talked at the Congress and warned them not to give F-16s to us,” Erdoğan said at a news conference following the weekly cabinet meeting.

“He no longer exists for me. I will never agree to meet with him. We will continue our way with honourable politicians.”

Turkey made a request in October to the United States to buy 40 Lockheed Martin-made F-16 fighters and nearly 80 modernization kits for its existing warplanes.

Turkey and Greece, both NATO allies, have been at odds over a host of issues such as maritime boundaries, the extent of their continental shelves, airspace, and ethnically split Cyprus. 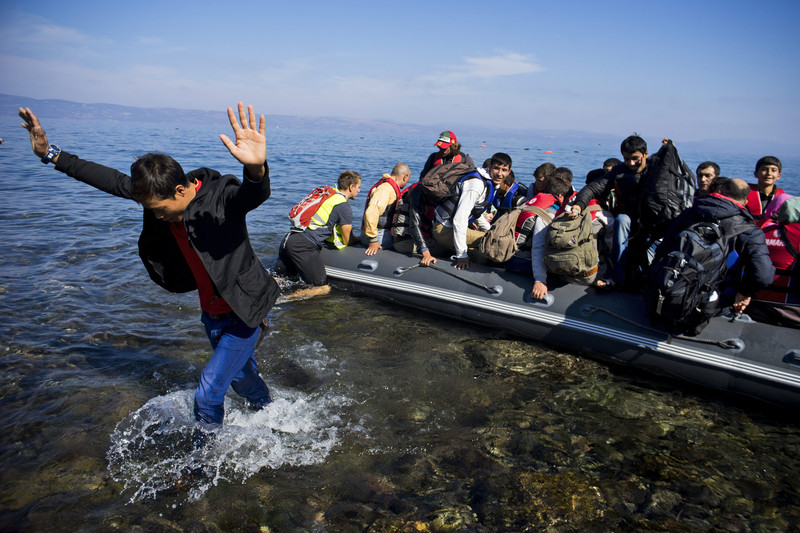 Greece said it blocked hundreds of migrants from crossing Aegean

Greece said on Monday (23 May) it had prevented around 600 migrants from crossing the Aegean into its territorial waters from neighbouring Turkey, in the largest attempted entry this year.

During his visit to the United States where he met US President Joe Biden and senior US officials last week, Mitsotakis said that Greece will start procedures for the purchase of F-35 fighter jets from the United States by 2030.

The F-35 stealth fighter jet is the most advanced aircraft in the US arsenal. After the setback Turkey moved to buy F-16s instead.

“We won’t get into a counter argument with Turkey’s leadership. Our policy is a policy of principles,” he said in a statement.

“The main target of these operations will be areas which are centers of attacks to our country and safe zones,” Erdoğan said, without elaborating.

Erdoğan said the operations would be launched as soon as military, intelligence and security forces have completed their preparations.

The operation will likely target north of Syria, where Turkey has launched several military operations since 2016 to undermine the Kurdish People’s Defense Units (YPG), an armed Syrian offshoot of the Kurdistan Workers Party (PKK).

The YPG also helped form the Syrian Democratic Forces (SDF), the Kurdish-led coalition that the United States has greatly relied on to fight the Islamic State since 2014.

Erdoğan’s statement came amid Turkey’s objections on Finland and Sweden becoming NATO members, accusing them of harbouring individuals linked to the PKK group and followers of a cleric Turkey accuses of orchestrating a coup attempt in 2016.

An EU source close to the matter told EURACTIV that Turkey has been engaged in an “oriental bazaar” all this time and is making a last-ditch effort to get what it can by vetoing Finland and Sweden from joining NATO.

In the case of Greece in particular, the source clarified that it’s an EU member and, therefore, “Turkey cannot ask for anything in return for its blackmail for the simple reason that both Greece and Cyprus have the support of the entire EU.”

“Sweden and Finland are also EU members, but in this case, they are more vulnerable because the game is being played at the NATO level, which is not under Europe’s entire control […] the Americans are having a protagonist role in fixing this”, the source said.

The source added that Erdoğan’s pressure is more related to his pending issue with Washington regarding the purchase of F-16 fighters than the issue of “terrorism” in the two Scandinavian countries.

“There is no way for Finland and Sweden, two countries with high rule of law level, to extradite people to Turkey, and the latter knows that”, the source said.

(Sarantis Michalopoulos contributed to this article – Edited by Georgi Gotev)