Though Africa’s youngest leader still faces big challenges, he has in under two years in power begun political and economic reforms that promise a better life for many in impoverished Ethiopia and restored ties with Eritrea that had been frozen since a 1998-2000 border war. 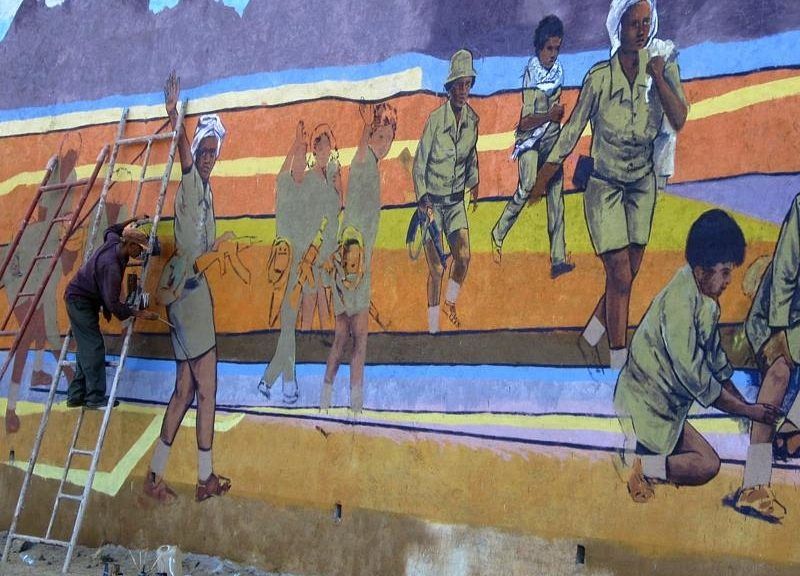 The “summer of love” breaking out on the Horn of Africa represents a new reality for the region – and one that will be felt in Europe, writes Faisal Al Yafai.

“We are proud as a nation,” the prime minister’s office said in a statement, hailing a “collective win for all Ethiopians, and a call to strengthen our resolve in making Ethiopia – the new horizon of hope – a prosperous nation for all.”

The Nobel Committee said Abiy had won the prestigious prize for “efforts to achieve peace and international cooperation, and in particular for his decisive initiative to resolve the border conflict with neighboring Eritrea.”

It said the prize was meant to recognize “all the stakeholders working for peace and reconciliation in Ethiopia and in the East and Northeast African regions.”

News of the award trickled slowly down to the streets of the Ethiopian capital, Addis Ababa. Bisrat Hadte, a 45-year-old businessman, said he was glad but the government still had much to do to improve daily life in the country of about 100 million.

“The prime minister also has to work on to improve the economy and drive down the cost of living,” he told Reuters.

The Nobel Committee’s decision appeared designed to encourage the peace process, echoing the 1994 peace prize shared by Israeli and Palestinian leaders and the 1993 award for moves towards reconciliation in South Africa, said Dan Smith, head of the Stockholm International Peace Research Institute.

“It is a case of wanting a constructive intervention in the peace process … to give leverage and encouragement,” he told Reuters.

“The challenge now is internal for Abiy Ahmed, with Ethiopia needing to deal with the consequences of long-term violence, including three million displaced people and the need for continuing the political process.”

From partial liberalization of the state-controlled economy to overhauling the security forces that had helped the ruling coalition maintain a tight grip on power since 1991, the promises have raised hopes in the country and abroad.

What remains to be seen is whether Abiy – who joined the Ethiopian army in his teens and rose through the ruling EPRDF coalition over the past two decades – can reshape Ethiopia and open it up to the world from within the current system.

He faces resistance to change from vested interests within his coalition and the possibility that violence, including in June when a rogue state militia leader killed the region’s state president and other top level officials, could escalate.

“As an Ethiopian actually I am very happy that the prime minister won the Nobel peace prize,” said Desalegn Chane, president of the new National Movement of Amhara (NAMA) party told Reuters by phone.

“However, we still have legitimate concerns and grievances that Abiy needs to address. The political repression our people the Amhara have been suffering from has continued under Abiy.”

“Three of our party leaders are still in jail suspected of being the plotters of the June coup attempt but still haven’t been formally charged,” he said.

The Nobel Peace Prize will be presented in Oslo on 10 December, the anniversary of the death of Swedish industrialist Alfred Nobel, who founded the awards in his 1895 will.