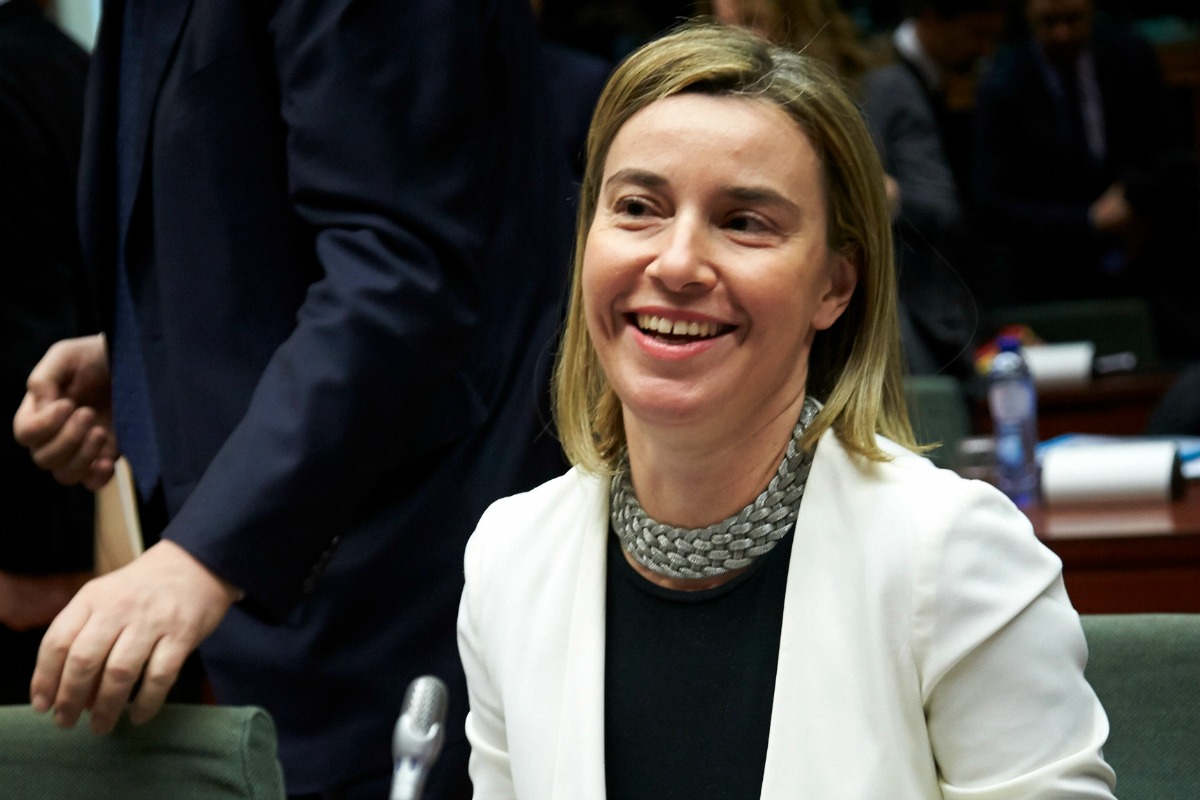 EU foreign ministers gave the green light Monday (16 March) for the bloc to prepare a possible security mission in Libya once the country’s warring factions agree a national unity government.

“As soon as there is an agreement on a government of national unity and related security arrangements, the EU stands ready to enhance its support to Libya and contribute to the successful implementation of the agreements,” they said in a statement after meeting in Brussels.

They said they had asked EU foreign affairs chief Federica Mogherini “to present as soon as possible proposals on possible Common Security and Defence Policy activities in support of the security arrangements.”

The EU’s Common Security policy is meant to coordinate member state security efforts, allowing the bloc to mount small assistance operations such as in the Balkans and in Central Africa to help with local policing and security problems.

Mogherini has pressed hard for progress on the issue, highlighting the threats to European security of the Islamic State jihadi group gaining a foothold in Libya and an even bigger exodus of illegal immigrants.

Many of the European Union’s 28 member states however remain wary of getting embroiled in a country which has descended into chaos since Britain and France led NATO efforts to oust long-time dictator Moamer Kadhafi in 2011.

Mogherini told reporters she would brief an EU leaders’ summit later this week on the proposals and aimed to present concrete steps when foreign ministers meet again in April.

EU diplomatic sources said before Monday’s meeting that Mogherini wanted to get the ball rolling so the bloc could move quickly if need be but most member states wanted to avoid any military entanglement.

At the same time, they recognised that there was no other option but to do everything possible to get the warring parties to agree and then support any accord they reached in the hope of stabilising the country.

Mogherini is a former Italian foreign minister and her country has borne the brunt of the illegal immigrant influx from Libya and North Africa.

“The EU cannot accept the continuing tragic loss of life at sea of migrants departing from Libya,” the foreign ministers’ statement said.

“The irregular movement of people across Libya and through its borders has a dramatic effect on the lives of too many people, and destabilises countries on both shores of the Mediterranean,” it added.

The European Union is considering a broad range of measures to beef up security in the bloc in the aftermath of the Charlie Hebdo terrorist attack in Paris.

Part of the strategy is to engage in more dialogue with Europe’s neighbouring Islamic countries to deal with extremism.

Libya is considered as particularly volatile in this respect, as jihadists from the Islamic State try to seize control of the country.

An EU paper circulated in January said the "worst-case scenarios of civil war and the disintegration of Libya itself" seemed to be real possibilities that must be avoided.

The paper detailed a range of economic measures the EU could consider taking to stop Libya's resources being exploited for military or political purposes, such as supervising the financial assets of the Libyan central bank, or in the worst case scenario freezing the bank's overseas assets.

An oil embargo was cited as one tactic the EU could use to press for a solution to the crisis in Libya.