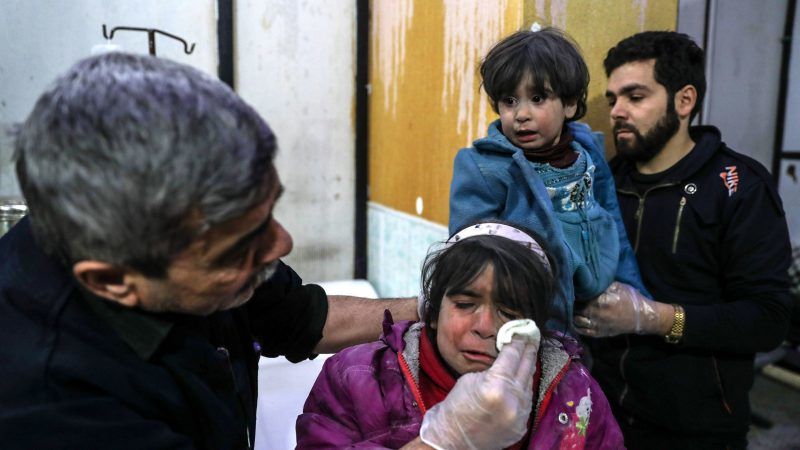 The European Union called on Friday (23 February) for an immediate ceasefire and access for aid in Syria, using a strongly-worded statement to express its anger at the bombing of Syria’s eastern Ghouta.

“The European Union is running out of words to describe the horror being experienced by the people of eastern Ghouta,” the bloc said in a statement agreed by all 28 of the bloc’s governments.

“Unhindered humanitarian access and the protection of civilians is a moral duty and a matter of urgency … the fighting must stop now,” the EU statement said.

Warplanes pounded the rebel-held district of eastern Ghouta outside the Syrian capital Damascus for a fifth straight day on Thursday, as the United Nations pleaded for a halt to one of the fiercest air assaults of the seven-year civil war.

The UN has warned that the situation in Ghouta is “spiralling out of control” and has repeatedly called for a month-long ceasefire across Syria’s front lines, from Eastern Ghouta to the Kurdish enclave of Afrin in the northwest, which Turkey threatened on Tuesday to lay siege to in the coming days.

Before that, it was announced that German Chancellor Angela Merkel and France’s Emmanuel Macron were planning to call Russian leader Vladimir Putin together in the afternoon, depending on the outcome of the UN vote on a Security Council resolution.

The Elysée source said the two EU leaders were holding a dialogue with Russia to ensure that it does not block the text.  Moscow, which has the power to veto U.N. Security Council resolutions, has often in the past blocked texts that would be damaging to Syria’s Bashar al-Assad.

Russian Foreign Minister Sergei Lavrov said his country was ready to agree on the draft resolution in Syria but it needs guarantees on a ceasefire.

“There are no guarantees that (the rebels) will not continue shooting at Damascus residential areas,” Lavrov said in a briefing about the discussions on a UN ceasefire resolution for Syria.

Several days of air strikes, rockets and artillery fire have left nearly 200 civilians, including many children, dead in the rebel-held enclave near Damascus.

Syria’s main opposition group condemned a government offensive in Eastern Ghouta as a “bloodbath” and a “war crime”, saying it may pull out of UN-backed peace talks in protest.

Nasr al-Hariri, president of the Syrian Negotiation Commission (SNC), said it was clear the Damascus government had “zero interest to engage” in dialogue.

“The Syrian regime with the direct support of Russia and Iran have turned Ghouta into a bloodbath of innocent women and children,” Hariri told reporters in Brussels after talks with EU officials.

The European Union, which is hosting a conference on Syria in Brussels next month, says the near seven-year war can only be resolved through negotiations. 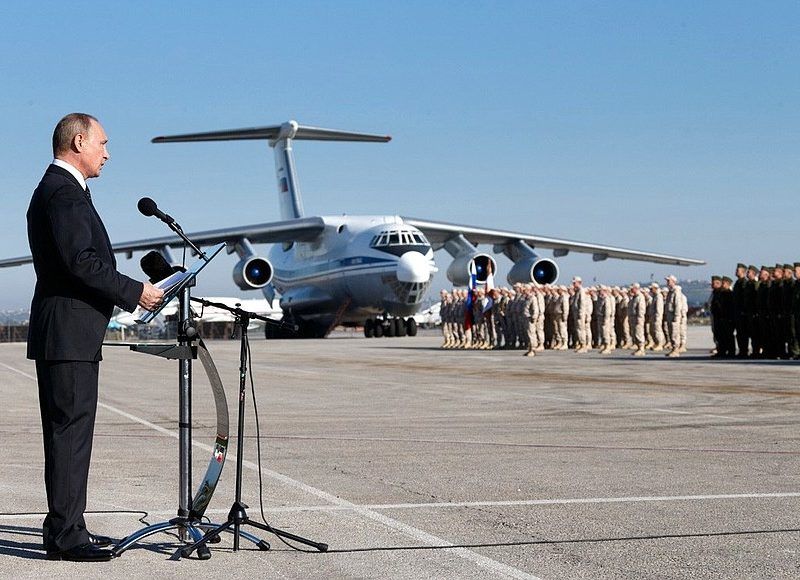 Brussels wants to see a fresh impetus for UN-led talks in Geneva, which have made scant progress in eight rounds.

The Kremlin said on Thursday that Russia was not responsible for the situation in eastern Ghouta.

“Those who support the terrorists are responsible,” Kremlin spokesman Dmitry Peskov told a conference call with reporters. “Neither Russia, nor Syria, nor Iran are in that category of states as they are waging an absolute war against terrorists in Syria.”