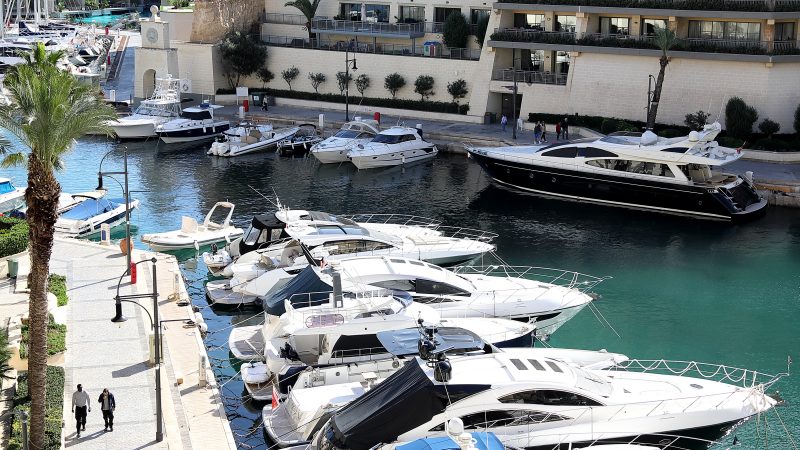 File photo. Yachts in Malta. The country is attractive for rich Russians, Chinese and others in the Arab gulf. [EPA-EFE/DOMENIC AQUILINA]

The European Commission on Wednesday (9 June) stepped up legal action against Cyprus and Malta over their cash-for-passports schemes in a move that may eventually see the two islands end up in court and face fines.

The EU executive kicked off the first step of the legal process in October last year when it sent letters of formal notice to the two countries, giving them two months to respond.

On Wednesday, the Commission sent a reasoned opinion to Cyprus for failing to address its concerns. The country has two months to inform the Commission of measures taken to comply with EU laws or faced being taken to court.

“While Cyprus has repealed its scheme and stopped receiving new applications on 1 November 2020, it continues processing pending applications,” it said in a statement.

The move came two days after an official inquiry found that the Cypriot government broke its own law countless times in granting citizenship to almost 7,000 people from 2007 to 2020.

The Commission also issued an additional letter of formal notice to Malta, expanding on its concerns last year and giving the island two months to respond. The next step would be a reasoned opinion from the EU executive.

“While the previous investor citizenship scheme is no longer in force, Malta established a new scheme at the end of 2020,” it said.

Malta started selling passports to wealthy foreigners in 2014, with strong demand mostly from rich Russians, Chinese and others in the Arab gulf.

In response to the Commission’s move, the Maltese government said it “firmly” reiterated that citizenship is a matter for member states to decide and should remain so.

It added that it wanted a “constructive dialogue” with Brussels and would answer its objections more fully in due course.

Valletta’s “citizenship by investment” scheme has raked in $1.5 billion since it was launched in 2014.