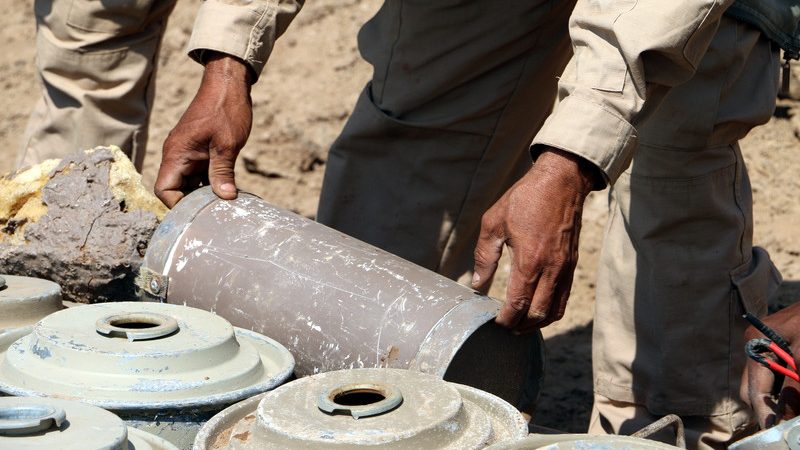 The EU on Tuesday (4 February) strongly condemned the decision by US President Donald Trump to lift US restrictions on the usage of landmines.

“Their use anywhere, at any time and by any actor remains totally unacceptable to the European Union”, the EU’s diplomatic chief Josep Borrell said in a statement.

The EU rebuke followed Trump’s green light on Friday to a new generation of self-destructing landmines on the argument that they were safer.

This decision “undermines the global norm against anti-personnel mines, which has saved tens of thousands of people over the past 20 years,” Borrel said, adding that the majority of mine victims were children.

Borrell pointed out that the US, like the EU, is an important global supporter of mine clearance and destruction.

The change in policy “not only directly contradicts these actions, but also negatively affects the rules-based international order,” he said.

More than 160 countries, including most of the Western world, are party to the 1999 Ottawa Convention that aims to eliminate anti-personnel mines.

Major outliers include the United States, Russia and China, as well as India and Pakistan.

The United States has not deployed anti-personnel mines in any significant way since the 1991 Gulf War.

Rescinding a 2014 decision by the Obama administration, Trump officials said US mine policy will now be set by the Pentagon, which said it was still prohibiting traditional landmines that cannot be turned off or destroyed remotely.

The new mines are set to self-destruct within 30 days but can be destroyed in as little as two hours if necessary, according to the Pentagon.