The European Parliament approved a new political agreement with Cuba. But respect for human rights remains a concern. [Karis48/ Shutterstock]

The agreement, initialled in December 2016 by EU foreign affairs chief Federica Mogherini and Cuban Foreign Minister Bruno Rodríguez, replaces the so-called ‘Common Position’, which has governed relations between the two parties since 1996.

It also puts an end to Cuba’s unique, albeit unenviable, status as the only Latin American country with which the EU has no agreements. This was one of the main conditions of the Common Position, which was the brainchild of former Spanish President José María Aznar.

As well as giving the new agreement its stamp of approval, the Parliament also endorsed an accompanying resolution that calls on Cuba to respect human rights.

MEPs urged Havana to align its human rights policies with the international agreements to which it is now a signatory, even though the new resolution is non-binding.

The Parliament confirmed that the new deal can be scrapped if Cuba does not respect human rights standards.

The EU and Cuba formally established their diplomatic relations in 1988, against the backdrop of a complex international political context, made more difficult by the collapse of the communist bloc in Eastern Europe.

On 24 February 1996, two ‘Brothers to the Rescue’ aircraft, operated by volunteers dedicated to helping Cuban exiles, were shot down by the airforce in Cuban airspace. This led to the passing of the Helms-Burton Act, which affirmed the United States-imposed embargo on Cuba, indirectly affecting relations with Europe.

The law was controversial in that it stipulated that non-US companies that maintained trade ties with Cuba could be subject to legal reprisals.

One of the EU’s main objectives was to facilitate Cuba’s democratic transition and to integrate the country into the global order. This was mainly driven by former Spanish Prime Minister José María Aznar and the EU’s Common Position on Cuba was in force by the end of 1996.

However, Havana did not welcome the document and called it an insurmountable obstacle to bilateral relations. It was even questioned by some of the member states, including Poland and the Czech Republic.

The conditions of the treaty were reviewed regularly. Relations between the two parties remained distant and cold, influenced greatly by the position of the US. Human rights violations committed by the regime also shaped the bloc’s approach to the island.

Havana maintained that the Common Position was only used by the member states to pressure and discriminate against Cuba.

One of the few useful tools available to both parties was economic relations. Although Cuba only offered relatively small economic returns, the EU was always an important partner for the Caribbean state. Currently, it is Cuba’s biggest export market and only ranks second behind Venezuela in terms of overall importance to trade.

In the last few years, there have been several attempts to improve relations, but not all have been successful. Between 2003 and 2005, Cuba and the EU experienced one of their most tense periods, as Havana cracked down on Cuban dissidents in 2003, on the basis that many journalists and activists were allegedly working for the US.

In response to the violation of human rights, the EU reduced its participation in many diplomatic events organised by Cuba, invited dissidents to attend formal gatherings and imposed temporary sanctions on Castro’s regime.

In 2005, a Madrid drove a renewal of the dialogue between Brussels and Havana. The Cuban government agreed to release 14 prisoners and the EU gradually withdrew its sanctions in an effort to repair economic cooperation.

Between 2005 and 2008, Cuba liberated another six political activists, which the EU saw as an important enough step towards the complete elimination of sanctions. The transition of power between Fidel and his brother, Raúl, also fostered more optimism that relations would improve even further.

Since 2008, high-level political dialogues, initiated by the EU’s rotating presidencies, have been maintained. Now, the Common Position, which is almost two decades old, will cease to be.

The path to normalised relations was first trod in March of this year, and in September, the European Commission submitted a proposal to the Council about signing a Political Dialogue and Cooperation Agreement (PDCA) with Cuba. 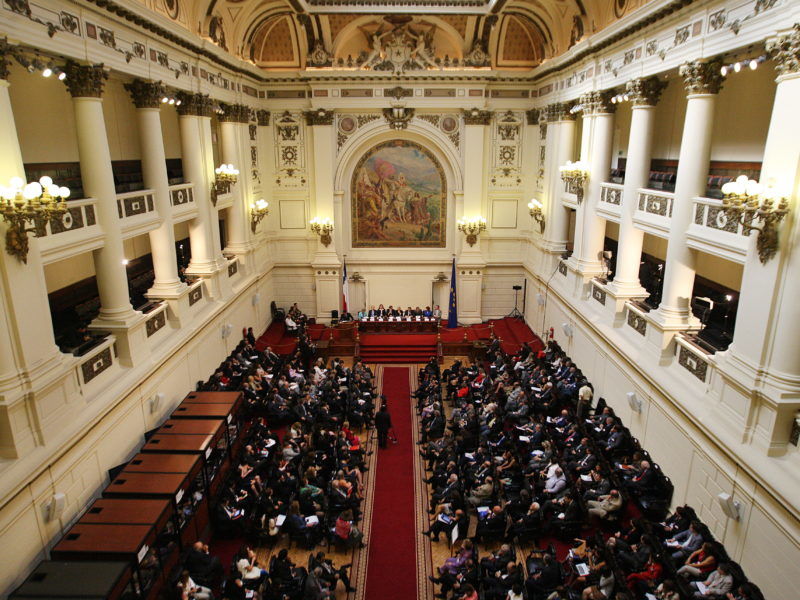 The EU’s willingness to make progress with Cuba has been interpreted by many as an attempt to respond to US President Donald Trump’s frosty approach to the island nation.

Trump has scaled back predecessor Barack Obama’s rapprochement efforts during the first six months of his presidency.

“Europe has a great opportunity to demonstrate to the United States, which intends to withdraw, that it is possible to maintain the highest level of expectations on Cuba,” said MEP Elena Valenciano (S&D group), the agreement’s rapporteur.

This week’s agreement now lays the basis for trade relations and it will enter into force provisionally in the coming months.

For the deal to come into force fully, all 28 member states will have to ratify the agreement, which could be a difficult and long process. Human rights will almost certainly emerge as a main sticking point in securing unanimity.