Members of the NGO 'SOS Mediterranee' from the 'Aquarius' vessel help a woman during an operation to rescue more than 250 migrants on a wooden boat, about 50 kilometers off the Libyan coast, in the Mediterranean Sea, 21 April 2018. [Christophe Petit Tesson/EPA]

The European People’s Party focuses on reducing irregular migration by better protecting the external borders of the EU and strengthening the bloc’s return policy.

“We will make sure that no one can enter European Union territory without the knowledge and explicit approval of our authorities,” the party’s manifesto says.

Furthermore, the EPP proposes establishing a European Return Warrant System to ensure rejected asylum seekers are sent back to their countries of origin. There is no specific mention of safe paths to Europe except a demand to make EU visas and development aid conditional to cooperating with the EU on migration.

The reform of the common asylum and migration policy is seen as a way to tackle “the pull factors arising from divergences in Member States’ respective legislation.”

The EPP calls for setting up a ‘Marshall Plan’ for Africa, to boost growth in the continent, arguing this would help to reduce migration. 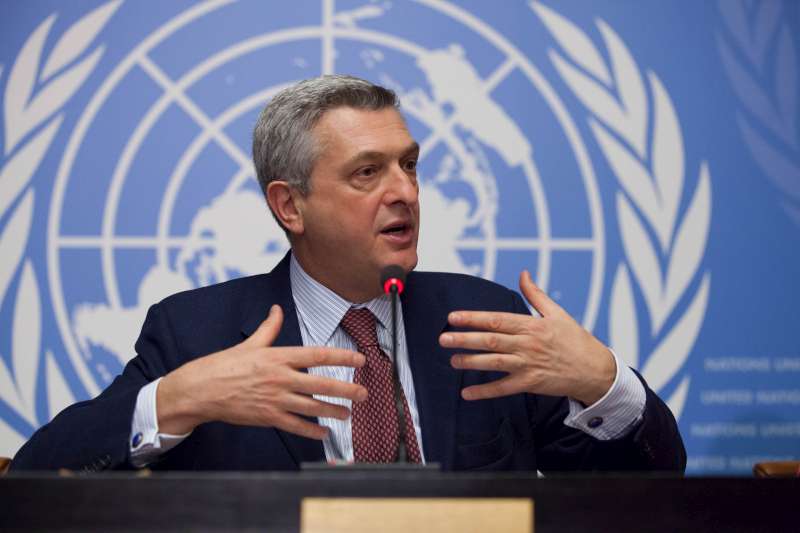 The Party of European Socialists understands migration as an opportunity rather than a threat. They call for a reform of EU’s common asylum and migration policy to ensure the rights of those in need of international protection are respected.

The party defends better coordination and shared responsibility among member states and with countries of origin and transit, to protect the external borders while managing the flow of people coming to Europe “in a more dignified, just and orderly way.”

The PES proposes to open “safe paths” to Europe as a way to stop people trafficking and irregular migration. Like the EPP, it also proposes to address the root causes of migration in the countries of origin with a European Investment Plan for Africa.

The party points to the need for more funding, better integration policies and more support for European cities at the frontline of migration flows coming from the Mediterranean and elsewhere.

ACRE: Migration is a national competence

The Alliance of Conservatives and Reformists for Europe refuses the system of quotas put in place in 2015 in order to share the burden of the migration crisis among the 28 EU member states.

While they support plans to strengthen Frontex, ACRE insists that “no EU agency can legitimately replace national capacities and capabilities,” preferring instead a return to national borders.

“The EU asylum and migration system is no longer fit for purpose,” argues the Alliance of Liberals and Democrats for Europe. Their view is that an unified EU migration policy is better suited to deal with the migration challenge than national policies.

To fight smugglers and irregular arrivals, the Liberals argue first that Frontex should become an effective EU border guard service. Second, they want to outsource management to third countries “where the asylum seekers come from,” provide financial support to host countries and facilitate resettlements from there. And third, they want to open legal migration paths to Europe.

ALDE proposes extending the scope of the EU Blue Card scheme to make it an EU-wide work permit, although it would be up to member states to make final decisions depending on their needs.

Irregular migrants should be returned to safe countries, they argue. Like the EPP, they propose linking financial support for host countries to the acceptance of returnees.

For those who are entitled to international protection, ALDE defends a Common European Asylum System “in line with EU fundamental rights standards.” To improve integration in Europe, they advocate sharing good practices between countries.

In addition, they propose strengthening cooperation with third countries to tackle the root causes of migration.

The European Left is calling for a stronger defence of migrants’ and refugees’ rights. It wants to establish safe corridors for legal migrants and asylum seekers to come into Europe and finalise the reform of the Dublin asylum system, which has been stuck for months in the EU Council of Ministers.

The leftist party wants to “promote real cooperation” with countries of origin and share the responsibility to foster social and economic integration there.

The Left insists on the need to speed up asylum and family reunification processes in Europe and to sanction member states that refuse to comply with the rules.

They reject the criminalisation of the NGOs and condemn the militarization of the border.

Greens: A European sea-rescuing mission and a fair asylum policy

“The right to asylum is non-negotiable,” the European Greens argue. The party calls for a reform of the Dublin asylum system, as a way to ensure shared responsibility for asylum requests between EU member states. A common asylum system will also facilitate the adoption of common standards on labour mobility, they argue.

Furthermore, the Greens are calling for legal and safe migration paths, including resettlement and humanitarian visas for asylum seekers in non-European countries.

They want greater support for non-EU countries hosting refugees while rejecting plans to establish disembarkation platforms there. The Greens demand scrutiny on the implementation of border controls and any form of agreement with third countries to reduce migration.

Once in Europe, they highlight the need to support cities and regions and the migrants themselves in the integration process.

The Greens are the only party calling for a European sea-rescue mission in the Mediterranean. 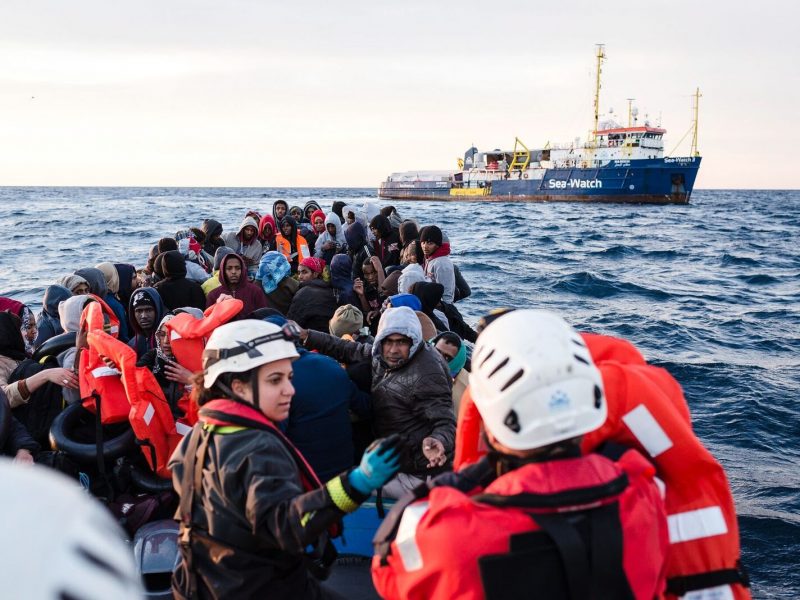 What civil society groups are asking

The European rescue organisation SOS Méditerranée, which has saved hundreds of lives at sea, is calling on European election candidates to stand by international law.

“European values are also at stake in the EU elections,” said Sophie Beau, co-founder of SOS Méditerranée. Beau called on the incoming Members of the European Parliament “to stand up for the compliance of the law at sea and not to let people in distress simply drown in the Mediterranean or be returned to Libya.”

“There is a basic difference between the policies presented by the different parties in this campaign to change the European policy towards migration. One prioritises people and their human rights,” Conny Reuter, Secretary General of Solidar, told EURACTIV.

“The other approach is based on fear and the idea that borders must be more closely patrolled and militarised to make the EU safer,” he explained. “Only a progressive approach based on human rights and solidarity mechanisms can be sustainable for citizens on both the shores of the Mediterrranean,” Reuter argued.