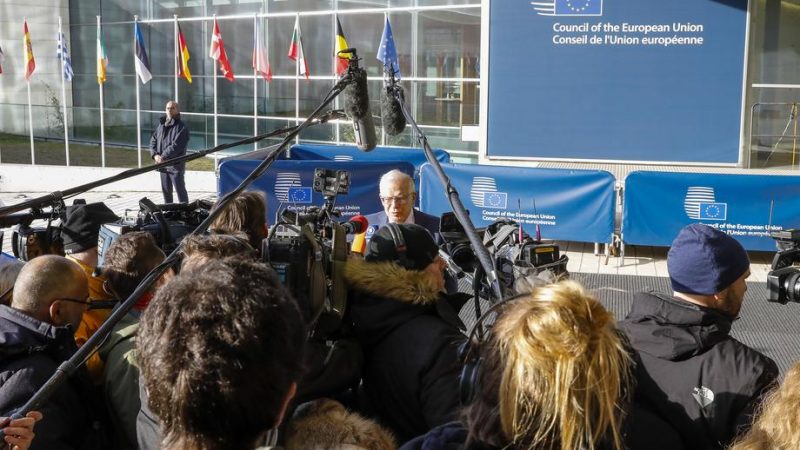 The high representative for the Foreign Affairs of the European Union Josep Borrell speaks to media prior to the Foreign Affairs council in Luxembourg, 11 April 2022. Ministers will discuss the latest developments concerning the Russian aggression against Ukraine. [EPA-EFE/JULIEN WARNAND]

The EU on Monday (11 April) decided to halt its military training missions in Mali but will keep a presence in the Sahel, the bloc’s top diplomat said.

“We are halting the training missions for the (Malian) armed forces and national guard,” EU foreign policy chief Josep Borrell told a media conference, but added: “The Sahel remains a priority. We’re not giving up on the Sahel, far from it. We want to commit even more to that region.”

He spoke after chairing a meeting of the bloc’s foreign ministers that discussed the issue.

The decision is likely to add to international concern about the longevity of the UN peacekeeping mission (MINUSMA) and the European Union’s EUTM and EUCAP missions, after France and its allies began withdrawing from Mali earlier this year. 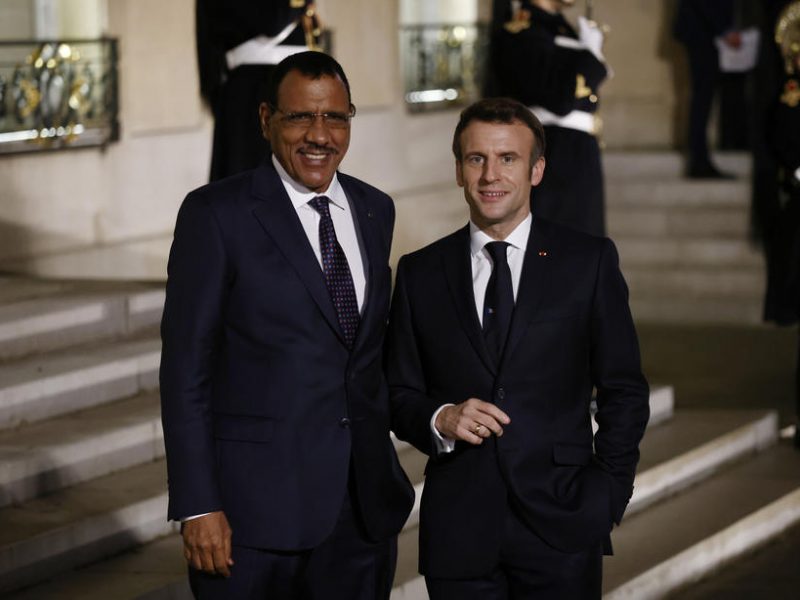 France and its European partners involved in the fight against Islamist militants in Mali have decided to start the coordinated withdrawal of their military resources in the country, a joint statement said on Thursday (17 February).

Borrell said it was decided that developments in Mali “have forced us to see there were not sufficient guarantees… on non-interference by the Wagner group,” a Russian private military organisation that France and other countries say is operating in Mali as an armed force.

Russia says it has only supplied what it officially describes as military instructors to Mali.

Borrell said the “notorious Wagner group… is responsible for some very serious events which have led to tens of people being killed in Mali in recent times”.

France last week expressed concern over reports that Malian soldiers and Wagner mercenaries killed over 200 civilians in an operation last month in the Malian village of Moura.

Paris in February announced the withdrawal of its troops from Mali, a former colony, after a breakdown in relations with the country’s ruling junta that seized power last year, ending a near 10-year deployment.

German Foreign Minister Annalena Baerbock will hold talks with the junta in Mali this week amid uncertainty over the future of German troops there, a foreign ministry spokesman said on Monday.

Baerbock will travel to Mali on Tuesday where she will meet the leader of the junta, Assimi Goita, and Foreign Minister Aboudlaye Diop, the spokesman said.

Her aim is to “get a precise picture of the political and security situation on the ground” as Germany weighs its ongoing participation in military missions in Mali, he said.

Germany has around 1,100 soldiers deployed as part of the United Nations peacekeeping mission in Mali, known as MINUSMA.

The European state has also contributed some 300 troops to the EU military training mission in Mali.

Borrell called the Moura operation a “massacre” and said: “We cannot collaborate with reprehensible events… We cannot be training people who are responsible for those kinds of behaviours. So the military training for troops, we’re going to stop.”

He said the EU ministers discussed hopes that west Africa’s regional bloc ECOWAS would reach agreement with Mali’s junta for “an acceptable election” to be held for a return to civilian rule.

Russia denies any wrongdoing in Mali or in any other country where Wagner operates. President Vladimir Putin has said contractors have the right to work and pursue their interests anywhere in the world as long as they do not break Russian law.

Both Mali and Russia have previously said Wagner Group is not made up of mercenaries but trainers helping local troops with equipment bought from Russia.