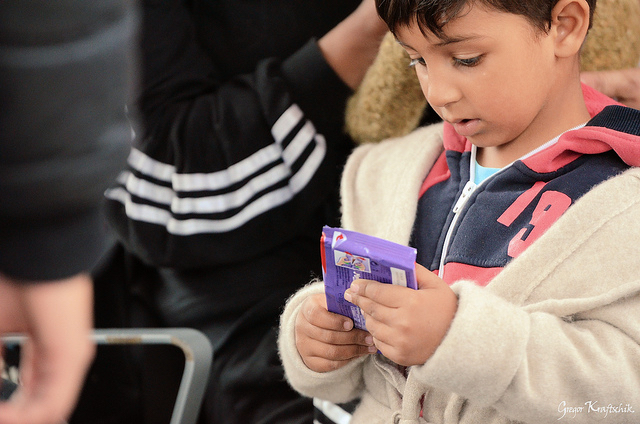 Refugee child being given chocolate. Linz, September 2015. [Photo by G. Kraftschik under CC-BY]

The European Commission will recommend on Wednesday (10 February) suspending a third of the relocations of migrants to Austria as requested last year by Vienna, two officials told Reuters.

More than a million migrants and refugees arrived in Europe via the Mediterranean last year and the UN Refugee Agency says some 74,000 landed in Greece and Italy in 2016 in what has become a politically highly sensitive crisis.

The 28-nation bloc agreed to relocate people from Greece and Italy, which are struggling under the influx, to share the burden more evenly between other EU countries.

>>Read: Daily limit on refugees still not enough for Austrians

But the system has all but failed to kick off with only around 500 people actually relocated.

The European Commission’s move on Wednesday would be a recognition of that, as well as an attempt to keep Vienna on board for a pan-European approach to the crisis, rather than have countries implementing their measures unilaterally.

Vienna, which originally adopted the same “open-door” policy for refugees as Germany, recently said it wants to speed up deportations. It strengthened border controls and introduced an annual ceiling on the number of migrants it would receive as it seeks to reduce overall immigration.

Vienna said the cap on refugees should be a “wake-up call” for Brussels.