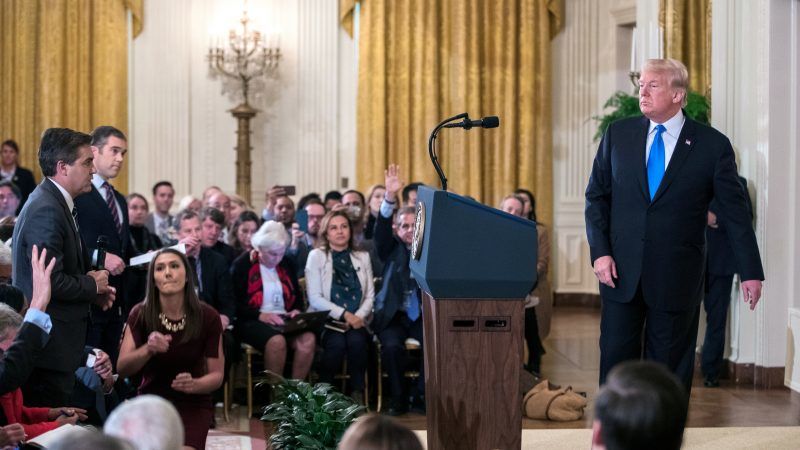 It would be wrong to expect policy change from US President Donald Trump after mid-term elections, German Foreign Minister Heiko Maas said on Wednesday (7 November).

“The United States remains our most important partner outside of Europe. We need to reassess and align our relations with the United States to maintain this partnership,” Maas said on Twitter.

Republicans’ loss of control of the US House of Representatives leaves the party with a more conservative congressional caucus that is even more bound to President Donald Trump and more united around his provocative rhetoric and hardline agenda.

The Democrats fell short of a tidal wave of voter support that would have given them control of both chambers of Congress, but in the 435-member House they headed for a gain of around 30 to 35 seats, giving them their first majority in eight years.

“We are looking forward to working closely with the soon-to-be-appointed 116th US Congress as well as other newly elected United States representatives. The EU and the US are key strategic partners and allies”.

He added that the EU is “fully committed to a close trans-Atlantic partnership and mutually beneficial cooperation, for the prosperity and security of our citizens and people around the world”.

At a press conference at the White House on Wednesday, Trump took the unusual step of singling out for criticism Republicans who lost House races on Tuesday, arguing that if they had embraced his policies more they would have kept their seats.

It was a clear warning to the Republicans who remain in Congress to stand by the president.

Over the past two years, the president has shown little inclination to change his slash-and-burn style or turn conciliatory. He knows that he remains without question the most popular figure in his party.

Now, Trump begins his run for re-election in earnest, where he will make every effort to galvanize his base of passionate supporters.

That means that even in the face of stronger Democratic opposition, Trump is likely to advocate for his “America First” agenda that prioritizes hot-button issues, such as illegal immigration and trade protectionism. This, in turn, will accelerate his dramatic reshaping of a party that for decades was defined by fiscal, social and national security conservatism.

Knowing that House Democrats will not approve funding for a wall along the U.S. border, for example, will not keep Trump from continuing to make it an issue. In fact, he may find it more politically effective to have House Democrats as a foil.

Trump on Wednesday forced out Attorney General Jeff and vowed to fight if the US House of Representatives’ new Democratic majority launches probes into his administration.

Hours after the polls closed:

3. Installed Matt Whitaker to replace Sessions and oversee the Russia investigation. Whitaker has publicly stated that Mueller has exceeded his authority

Sessions – an early Trump supporter who ran afoul of the president by recusing himself from an investigation into Russian meddling in the 2016 White House campaign – said in a letter to Trump that he had submitted his resignation “at your request.”

The 71-year-old former US senator was informed on Wednesday morning by White House Chief of Staff John Kelly in a phone call that it was time to go, said an aide who spoke on condition of anonymity.

Sessions’ departure was the first in what could be a string of high-profile exits as Trump reshapes his team to gird for his own 2020 re-election effort. The Republican president named Sessions’ chief of staff, Matthew Whitaker, as acting attorney general and said he would nominate someone for the job soon.

Nancy Pelosi, the House Democratic leader who could be the next speaker, called Sessions’ ouster a “blatant attempt” to undermine the Russia probe and urged Whitaker to recuse himself from any involvement in a statement posted to Twitter.

During a combative news conference in which he tangled with reporters, Trump trumpeted his role in Republican gains in Tuesday’s midterm congressional elections, and warned of a “warlike posture” in Washington if Democrats investigated him.

Democrats will now head House committees that can probe the president’s tax returns, which he has refused to turn over since he was a candidate, possible business conflicts of interest and any links between his 2016 campaign and Russia, a matter being investigated by US Special Counsel Robert Mueller.

Mueller is overseen by Rosenstein, who reports to Sessions.

Trump said he could fire Mueller if he wanted but was hesitant to take that step. “I could fire everybody right now, but I don’t want to stop it, because politically I don’t like stopping it,” he said.

Moscow denies meddling. Trump, calling the Mueller probe a witch hunt, has repeatedly said there was no collusion.

Trump’s presser turned raucous when some reporters pushed him on whether his campaign rhetoric on migrants from Central America was divisive – and on developments in the federal investigation into Russian interference in the 2016 presidential election.

“CNN should be ashamed of itself, having you working for them,” Trump told CNN correspondent Jim Acosta, who wrestled with a White House staffer who forcibly pulled the microphone from his hands.

“You are a rude, terrible person,” Trump told Acosta.

Sanders accused Acosta of “placing his hands on a young woman just trying to do her job as a White House intern” and of preventing other reporters from asking questions at the news conference.

This is a lie. https://t.co/FastFfWych