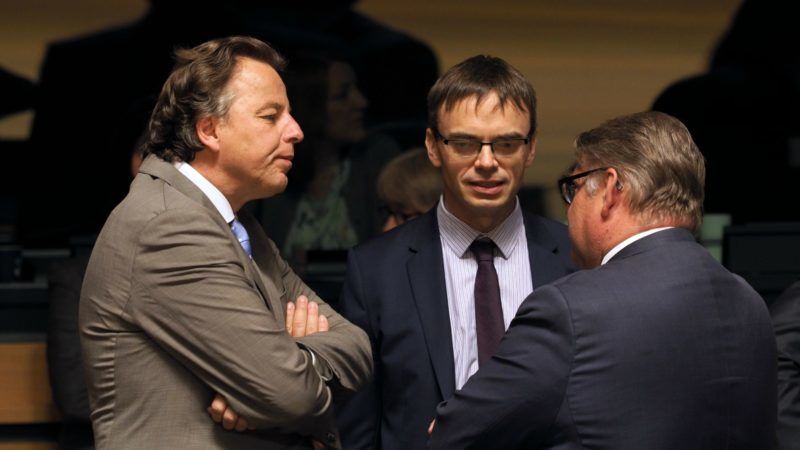 From left to right: the ministers of foreign affairs of the Netherlands Bert Koenders, of Estonia Sven Mikser and of Finland Timo Soini, on 19 June 2017 in Luxembourg. [Council]

The European Union extended on Monday (19 June) for another year its trade sanctions on the Black Sea peninsula of Crimea, annexed by Russia from Ukraine in 2014, and diplomats said they expected the bloc to do the same for its sanctions on Moscow soon.

Moscow’s annexation of Crimea is not internationally recognised. Along with Russia’s subsequent backing of an armed separatist rebellion in Ukraine’s industrial east, it has prompted the bloc to impose sanctions on the peninsula and on Moscow, in sync with the United States.

EU sanctions on Crimea will now remain in place at least until 23 June 2018.

They include a ban on all imports from Crimea and exports to the peninsula that relate to transport, energy and telecoms. The sanctions also prohibit EU investment and the provision of tourism services there.

The EU’s sanctions on Moscow restrict the Russian banking sector’s access to international money markets and ban most arms trading with Russia, as well as the sale of some energy-related equipment and technology.

These are due to expire at the end of July but sources in Brussels said they would be rolled over for another six months after the EU leaders’ summit on 22-23 June.

“As usual, the Italians have asked for a formal ‘discussion’ at the summit but even they are not opposed to another six months,” said one senior EU diplomat. He believed the conclusion of this exchange was all but foregone.

Italy, as well as Greece and Hungary, are among EU states more dovish on Russia. They criticise sanctions as ineffective and causing harm to the European businesses as well. The hawks include Poland, Sweden and the Baltic states.

Despite the divisions, the EU has so far been able to uphold its unity on sanctions. Its resolve will be tested further should US President Donald Trump deliver on his early promises of a broad detente with Russia. 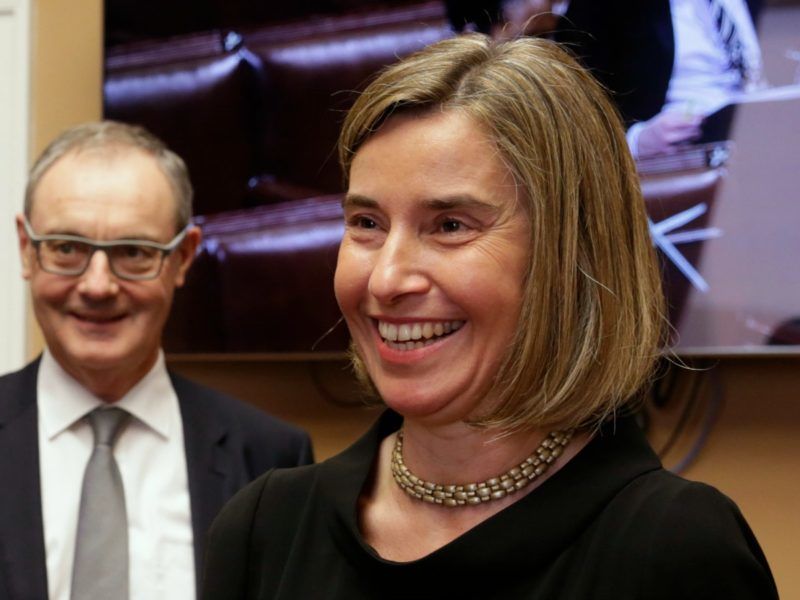 A senior European Union official said yesterday (4 April) he had seen no sign that US President Donald Trump planned to lift sanctions on Russia over its activities in Ukraine, and warned that American sanctions could destabilise some European energy markets.

However, the United States joined in May its fellow members in the G7 group of major industrialised states in their stance that the duration of sanctions depended on Russia’s full implementation of a peace deal for Ukraine.

The implementation has been stuck for more than two years.

“The duration of sanctions is clearly linked to Russia’s complete implementation of its commitments in the Minsk Agreements and respect for Ukraine’s sovereignty,” the G7 leaders said, adding that the punitive measures “can be rolled back when Russia meets its commitments”.

Diplomats said they expected the move to extend sanctions, which will require unanimous support of all 28 EU states, to be formally finalised within days after the EU leaders’ summit.