The EU is willing to provide more money for migrants stranded in Turkey, but Ankara must refrain from using them as a bargaining chip, the bloc’s foreign ministers announced after an extraordinary meeting about the crisis in Syria’s northwestern Idlib province, held in Zagreb on Friday (6 March).

In a joint statement after the talks, the ministers expressed solidarity with border countries Greece, Cyprus and Bulgaria, and rejected Turkey’s attempts to use migrants to exert pressure.

“The EU reiterates its serious concern over the situation at the Greek-Turkish border and strongly rejects Turkey’s use of migratory pressure for political purposes,” the statement said.

With that, it largely echoed the statement of European interior ministers from 4 March, where they stated the EU would not accept Turkey’s migration pressure at its external borders and would use all necessary measures, in accordance with international law, to stop illegal crossings.

Turkey hosts some 3.6 million refugees from the civil war in Syria, its southern neighbour, and faces a further big influx due to continued fighting. Ankara says it cannot accommodate any more and accuses the EU of failing to provide enough help.

The Turkish move last week to open its borders with Greece to refugees seeking to flee to the EU has been condemned as blackmail.

“Turkey has a big burden … and we have to understand that,” EU foreign policy chief Joseph Borrell said as he arrived for the gathering in the Croatian capital.

“But at the same time, we cannot accept that migrants are being used as a source of pressure,” he said.

EU27 ministers once again reiterated that they expect Turkey to implement fully the provisions of the 2016 EU-Turkey deal under which the EU pledged to disburse €6 billion to Turkey to finance housing, schools and medical centres for refugees who have fled Syria’s civil war, aimed to prevent refugees and migrants from crossing to Greece.

But German Foreign Minister Heiko Maas warned there would be no money given directly to Turkey to assist migrants, but that it would be proved to aid groups on the ground.

“We should not react to the pressure that Turkey is exerting on us by agreeing to more money under pressure,” he said.

Before the meeting, the foreign ministers gave a cautious welcome to a Russian-Turkish ceasefire in Syria as a sign of goodwill but urged the warring parties to allow in more humanitarian aid.

“For sure I am pleased for the ceasefire, the ceasefire is good news. At least it’s goodwill – let’s see how it works,” Borrell said as he arrived for talks.

Borrell also said the ceasefire deal between for Syria’s Idlib region could facilitate increased EU humanitarian help to Syria and for the refugees housed in Turkey, without elaborating.

The ceasefire in northern Syria came into force on Friday (6 March), aiming to halt intense fighting that has sparked a humanitarian disaster.

The deal struck between Russian President Vladimir Putin and his Turkish counterpart Recep Tayyip Erdogan comes after an escalation of violence in Idlib, where Ankara is battling Moscow-backed government forces.

The Syrian Observatory for Human Rights monitoring group in Idlib said the truce appeared to be holding.

Under the 2016 EU-Turkey deal, the EU is providing 6 billion euros to help finance housing, schools and medical centres for the refugees who have fled Syria’s civil war.

EU foreign ministers announced “a further €60m in humanitarian assistance for north-west Syria, including in border areas, while the Commission committed to increasing its assistance to the civilian population in north-west Syria”.

“Deliveries of humanitarian assistance are being made to address the emergency needs for shelter, medical and food support of about one million persons displaced in the past weeks, and of all other Syrians in need in the Idlib region,” the statement said.

Borrell also announced the EU will host a Syria donor conference in Brussels in June to raise funds for victims of the nine-year war and surrounding countries.

“EU countries are willing to provide humanitarian aid to Idlib. The challenge is to get aid into the area and that’s where the ceasefire might help. A no-fly zone might help even more,” Dutch Foreign Minister Stef Blok said before heading for the talks.

However, the Dutch push for a no-fly zone in Syria has not fallen on fertile ground, with officials pointing out the EU has no power to implement or enforce such a measure.

In an interview with EURACTIV, MEP Dacian Cioloș, president of the centrist Renew Europe group in the European Parliament also backed the no-fly zone idea and urged the EU to push for it at the UN level. 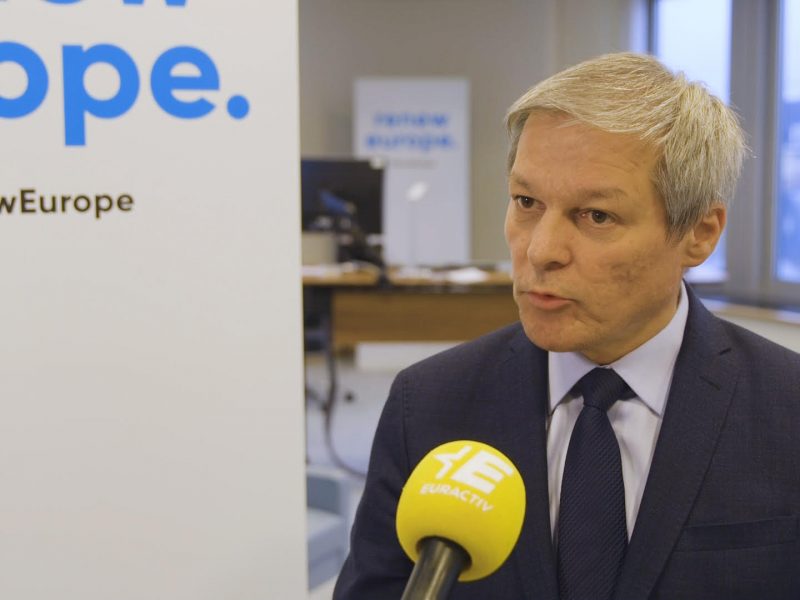 However, Greece described a different situation on the ground. In an interview with CNN, Minister of State Giorgos Gerapetritis suggested that only 4% of people who have crossed the borders since last Friday come from Syria.

“From those who illegally crossed the borders only 4% come from Syria. It’s obvious this has nothing to do with a crisis in Syria. The vast majority comes from Pakistan, Afghanistan and Sub-Saharan Africa,” the Greek minister said.

He added that those people speak Turkish fluently which means that they have been in Turkey for a long time. “We are facing inhumane industrialisation of people for the benefit of geopolitical and diplomatic objectives,” he said.

At the same time, brief clashes between Greek border guards and the people attempting to cross into the country were reported on Friday.  Greek officials also accused Turkey of firing tear gas and smoke bombs at their border guards and providing cutters to migrants to break through fencing.