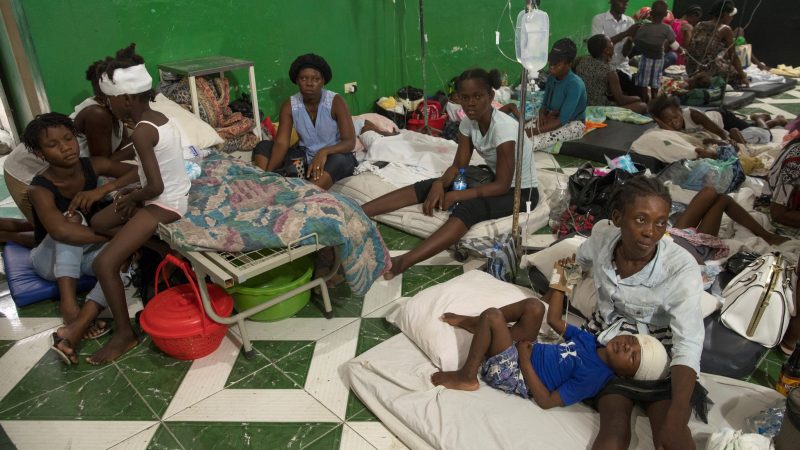 Patients and their families gather at Les Cayes General Hospital, in Les Cayes, Haiti, 16 August 2021. Hospitals in southwestern Haiti are at the limit, while the authorities increased the number of deaths to 1,419 and the number of injured to 6,900 due to the strong 7.2 magnitude earthquake which occured on 14 August. [EPA-EFE/Orlando Barria]

The European Commission has set aside three million euros in urgent funding for aid groups to help victims of a deadly 7.2-magnitude quake that struck Haiti at the weekend.

“The EU is quickly mobilising support to this already extremely fragile country, where hurricanes and heavy rainfalls aggravate the dire situation even more,” the EU commissioner for crisis management, Janez Lenarcic, said in a statement on Tuesday (17 August).

In light of the devastating effects of the massive earthquake that struck #Haiti, we are allocating €3 million in humanitarian funding to address the most urgent needs of the affected communities. #EarthquakeHaiti

The EU executive stressed the money would “address the most immediate needs” such as medical assistance for overwhelmed hospitals, as well as water, shelter and sanitation for the most vulnerable.

Haiti’s crisis was being compounded by the ravages of the Covid-19 pandemic and chronic insecurity, the statement noted. 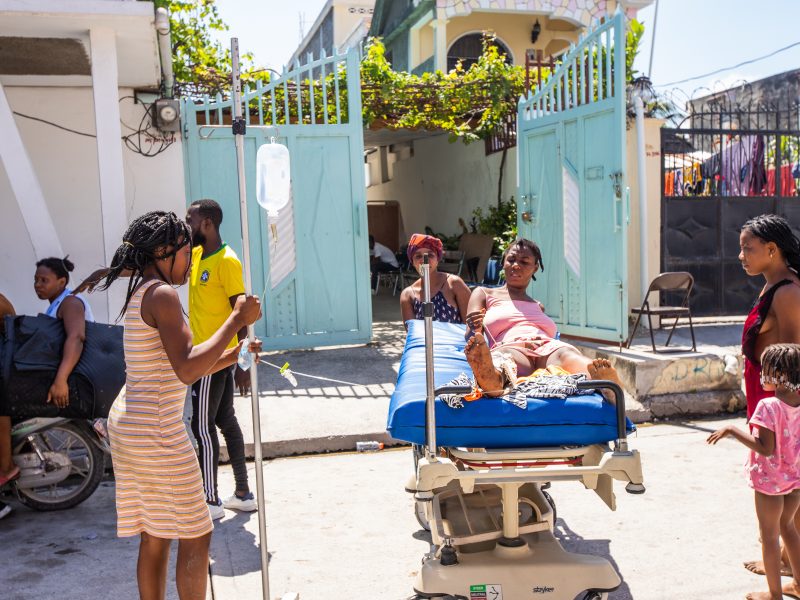 Haiti’s hospitals were swamped on Sunday (15 August) by thousands of injured residents after a devastating earthquake the day before killed at least 1,297 people as authorities raced to bring doctors to the worst-hit areas before a major storm hits.

The massive earthquake hit west of the capital Port-au-Prince on Saturday, killing more than 1,400 people and flattening thousands of buildings.

The impoverished Caribbean country is now at risk of flash flooding and mudslides as a storm, Tropical Depression Grace, bore down on it on Tuesday.

Haiti has not yet fully recovered from a huge 2010 quake that devastated Port-au-Prince, and the country is still reeling from its president’s assassination last month.