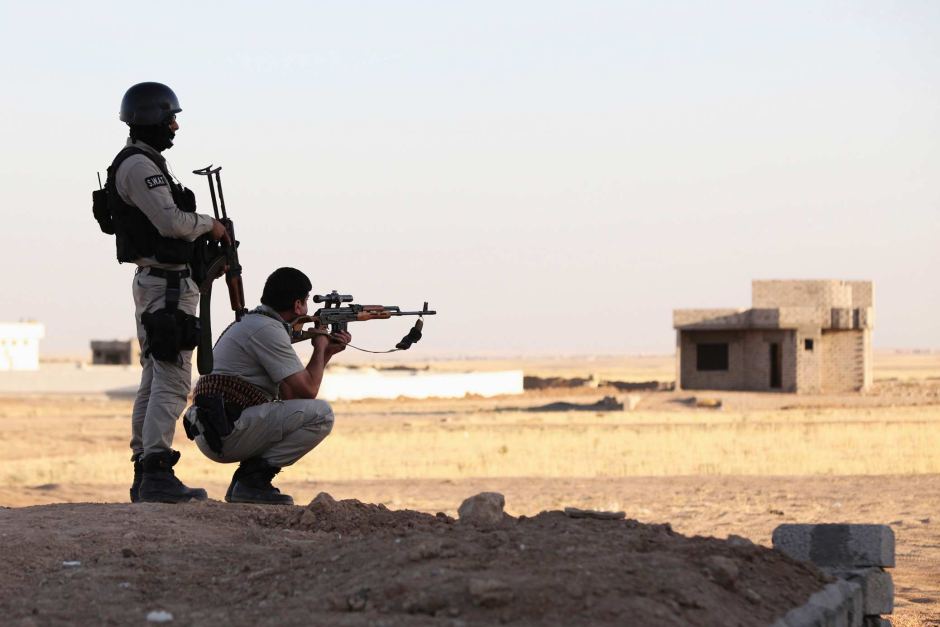 The European Union failed on Tuesday (12 August) to agree on a joint position on supplying weapons to Iraqi Kurds battling Islamic State militants, but said individual members could send arms in coordination with Baghdad.

Iraqi Kurdish President Masoud Barzani asked the international community on Sunday to provide the Kurds with weapons to help them fight the militants, whose dramatic push through the north has startled world powers.

EU ambassadors, holding an extraordinary meeting to discuss the crises in Iraq, Ukraine and Gaza, gave the green light for individual governments to send arms under set conditions.

“The (ambassadors) noted the urgent request by the Kurdish regional authorities to certain member states for military support and underlined the need to consider this request in close coordination with the Iraqi authorities,” a spokesman for EU foreign policy chief Catherine Ashton said.

Diplomats said some EU states opposed sending arms, meaning there was no EU-wide agreement to do so, but that they could not prevent other countries from doing so, if they wished.

Amongst the countries in favor of supplying weapons were France, Italy and the Czech Republic, diplomats said. However, there was no immediate indication that they were about to do so.

The European Commission also activated the EU’s Emergency Response Coordination Centre, enabling it to coordinate aid on behalf of all 28 EU members states which should allow a more efficient delivery of aid to refugees inside Iraq.

The EU’s diplomatic service will hold talks with Iraq’s neighbors before drawing up options for further EU action to help in the crisis, said Ashton’s spokesman, Sebastien Brabant.

The EU ambassadors called for urgent and increased international humanitarian support for people driven from their homes by the conflict and welcomed U.S. efforts to stop the advance of Islamic State fighters, Brabant said.

French Foreign Minister Laurent Fabius, who visited Iraq on Sunday, had called for an urgent meeting of EU foreign ministers in response to Kurdish appeals for humanitarian aid and arms.

Ambassadors took no decision on Tuesday on whether to call such a meeting, but diplomats said it could be held next week.

The EU’s executive Commission announced 5 million euros in new aid for displaced people in Iraq on Tuesday, bringing the total for 2014 to 17 million.

British Prime Minister David Cameron has so far refused to back the United States militarily, with Britain instead dropping relief aid onto Sinjar mountain, where thousands of people of the Yazidi minority sect have taken refuge from Islamic State.

Former general Richard Shirreff, who retired from the British army last week and was NATO's Deputy Supreme Allied Commander in Europe until March 2014, told the Times of London that British action was insufficient and he chided policymakers.

"We have politicians who want to posture, who make a lot of noise but do not have any stick,” said Shirreff.

“This government is terrified of any form of intervention involving boots on the ground before an election next year.”