“The EU sanctions against Turkey are like are like going with a toothpick to bite an elephant,” diplomatic sources have said. [EPA-EFE/OLIVIER MATTHYS]

In light of rising tensions in the Eastern Mediterranean, EU Council chief Charles Michel proposed at the 1-2 October EU summit to organise a multilateral conference which would involve all players in the Mediterranean region.

“It’s not only about Turkey. There are conflicts, disputes and many overlapping challenges across the Eastern Mediterranean,” Michel said on 2 October.

“This Conference could address issues that need multilateral solutions, including maritime delimitation, security, energy, migration and economic cooperation,” he added.

The EU Council chief has invited High Representative Josep Borrell to engage in talks about its organisation.

However, EURACTIV has learnt that the project has not advanced.

“Egypt has refused to sit on the same table with Turkey while Israel is so-and-so,” a diplomatic source said.

EU spokesperson Peter Stano recently said that the initiatives taken so far have been on a technical level but EURACTIV was informed that Egypt didn’t attend a meeting organised by Borrell among non-EU countries from the Eastern Mediterranean region.

The same sources also admitted that the issue was a “friction point” at the last EU summit on 10 December.

Critics say that Michel’s proposal was too unrealistic from the start as it did not grasp the long-standing sensibilities in the region.

Turkey: to sting an elephant with a toothpick

At the last summit, EU leaders stopped short of taking a tough stance against Turkey following its illegal activity in the Eastern Mediterranean.

They decided to add new names of individuals and companies to the blacklist that currently exists for Turkey’s “unauthorised” gas drillings off-Cyprus and postponed discussions on any harsher steps until March.

“The EU sanctions against Turkey are like are like going with a toothpick to sting an elephant,” a diplomatic source said.

The sources said there was pressure to add names of individuals before the end of the year and most probably there will not be entities and politicians. “Germans, Italians and Spaniards said they would not agree with sanctioning entities,” the sources said.

Unlike the EU, Washington imposed sanctions on Turkey’s top defence procurement and development body, its chairman and three other employees over its acquisition last year of Russian S-400 air defense systems. 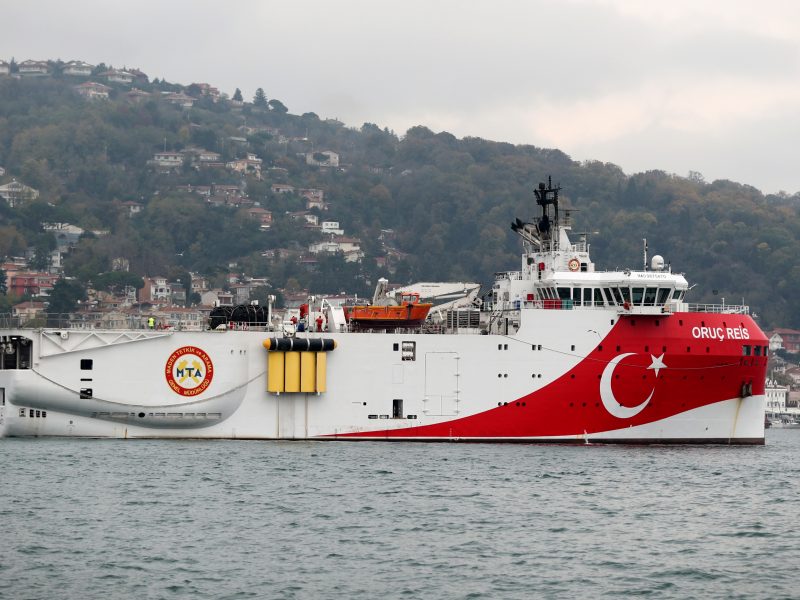 The sources said it was the first time such sanctions have been imposed by the United States on a NATO ally. “Turkey was shaken a lot. Ankara will not kneel but what happened was harsh”.

“Recep Tayyip Erdoğan cannot get along with the Russians and on the other hand, try to convince the Americans and Europeans that he will stand up to Moscow,” the sources added.

Following the US sanctions, Erdoğan held a call with Michel. According to an EU official, the call was held at Turkey’s request.

Erdoğan then issued a statement expressing his hope to turn a “new page” in the EU-Turkey relations.

“We hope that the EU will adopt a constructive and prudent attitude towards Turkey,” Erdoğan said, adding that the 2016 EU-Turkey migration deal could be a starting point for creating more positive momentum.

EURACTIV has learnt that Brussels was surprised by Erdoğan’s sudden “soft approach”.

In an interview with Greek journal “To Vima”, Greek foreign minister Nikos Dendias said he expected more from the last EU summit and said the German political system and society are aware of Turkish aggression and absurdity on certain issues.

“However, there is a big issue with the current German government regarding migration. What happened in 2015 has acted as a trauma […] and any risk associated with this, is exaggerated in their eyes,” he said.

He said in Berlin they move on with stereotypes like “Erdoğan will not be there forever […] so let’s put up with what is happening today in view of a better future that will mathematically come.”

His Turkish counterpart Mevlüt Çavuşoğlu reacted on Twitter calling on Dendias to stop asking for help from others.

“Dear Niko, here’s some friendly advice for the new year- stop asking for help from others and injuring the Greek people’s dignity. May 2021 be the year when we settle our differences equitably by talking directly, sincerely, and earnestly,” Çavuşoğlu tweeted.

Dear Niko, here's some friendly advice for the new year- stop asking for help from others and injuring the Greek people’s dignity. May 2021 be the year when we settle our differences equitably by talking directly, sincerely, and earnestly. @NikosDendias https://t.co/ui3hyO8iYi