Members of the European Parliament have called for increased efforts in dealing with the Rohingya crisis, after learning about the appalling conditions in refugee camps in Bangladesh. EURACTIV’s partner efe-epa reports from Kutupalong, Bangladesh.

Around 688,000 Rohingyas have fled to Bangladesh over the last five months, escaping violence in Myanmar amid accusations against the army of ethnic cleansing and human rights violations.

“It’s a huge challenge for Bangladesh and also for international organisations. We must strengthen our efforts to give support, especially to the organisations involved here,” German MEP Joachim Zeller (EPP) told EFE.

The visiting MEPs were in Bangladesh and were due to travel to Myanmar on Tuesday (13 February) to meet with authorities in the country.

Zeller, a member of the EP’s Subcommittee on Human Rights, highlighted the terrible situation created by lack of space, food and medical attention in camps in Bangladesh.

“There is a very difficult situation to manage,” said Jean Lambert, the leader of the EU Delegation for Relations with the countries of South Asia, after visiting the camps.

“Bangladesh has already hosted many thousands of people, who have been expelled from Myanmar, we understand that in addition to over the million people already here, there are still people arriving, there are still some stuck on the border who cannot leave,” the British MEP said.

The Chairman of the Subcommittee on Human Rights, Italy’s Pier Antonio Panzeri, said the MEPs were there to raise a series of questions with Myanmar authorities to ensure that an agreement signed with Bangladesh in November to return the Rohingyas was “implemented with all guarantees in terms of human rights.” 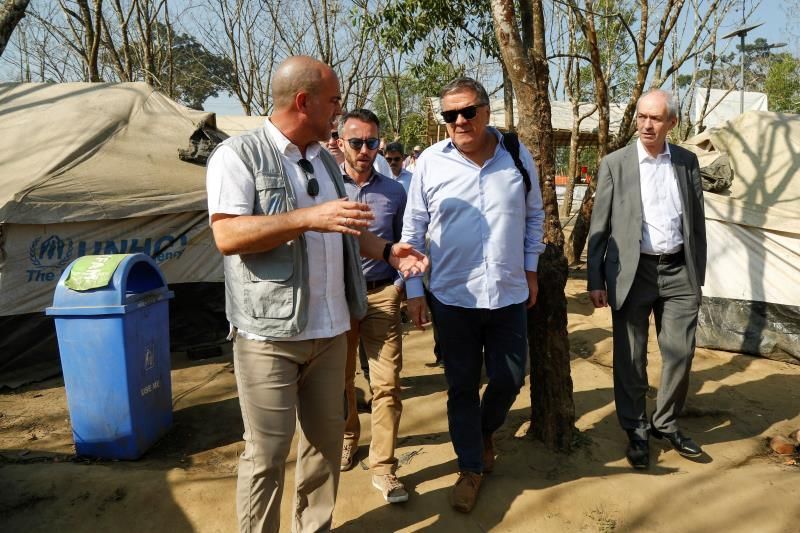 Panzeri said he was disappointed with how the Burmese de facto leader, Aung San Suu Kyi,  has handled the crisis, as she is a Nobel peace laureate and was also awarded the EP’s Sakharov Prize for human rights in 1990.

The current crisis erupted on 25 August 2017, following an attack by a Rohingya insurgent group that led to a violent response by the Myanmar army in the state of Rakhine, where it is calculated that around one million Rohingyas lived.

Members of the mostly Muslim minority community are not recognised by Myanmar’s authorities, who consider them Bengali migrants and refuse to grant them citizenship.

The United Nations and various human rights organizations have said there is clear evidence of rights abuses in Myanmar, with the UN High Commissioner for Human Rights calling the army’s operations “ethnic cleansing” and saying there were indications of “genocide”.

Meanwhile, Rohingya Muslims continued to stream into Bangladesh in February, having trekked through hills and crossed rivers, often terrified and half-starved. The visiting MEPs were able to witness their plight as they took stock on Tuesday after a fact-finding mission.

Omar Mia and his family of four formed part of a group of 94 who crossed the Naf River, the natural border between Bangladesh and Myanmar, in two boats at the weekend.

“I used to work as a daily labourer, but the last few months there was no work,” Mia said. “Only Muslims families hired us for work. But there are not too many affluent Muslims left there either,” said 50-year old Mia, who added that he was from Ana Prang village, near northwestern Rathedaung.

Weeping as he spoke, Mia said he was in the first boat, which contained 42 occupants, including his family.

Aid workers gave them food before they were taken to the UNHCR transit point at the border of Cox’s Bazar and Bandarban district near Kutupalong.

They had spent two days in one of the dozens of tents spread across the transit point.

Field officials of the UN High Commissioner for Human Rights, who were looking after the group, said the families would be taken to a vast camp in Kutupalong once a new shelter was ready.

Mohammad Solaiman from Buchidaung said he had initially decided not leave in the immediate aftermath of violence that erupted on Aug. 25 as he thought the situation would soon return to normal.

“I thought everything would be okay,” he said. “I had some land and around 40 cows. I could not abandon them. Now they have taken away everything and made me a pauper,” said Solaiman, who arrived in early February.

“Let Bangladesh authorities kill me here, I won’t go back unless I am given my land back,” said Solaiman. 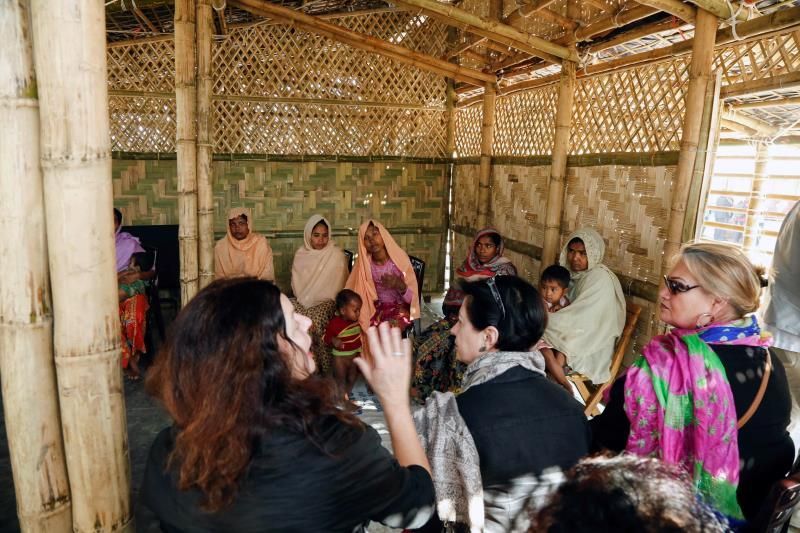 Aid workers were seen building new shelters at Kutupalong, where there is little space to build even basic facilities. Rohingyas are forced to spend their days in long queues.

Bangladesh and Myanmar signed an agreement on 23 November, under which the repatriation of Rohingyas could begin within a period of two months.

However, Bangladesh Deputy Foreign Minister Shahriar Alam said the move was delayed to make sure the process doesn’t suffer any setbacks.

“We are taking our time because we want to involve the UNHCR,” Alam said. “We have our agreement with them and we want to fill in the forms in front of them so no one can say we are forcing them or sending them back against their will,” Alam told reporters in Kutupalong on Monday.

“We also want to ensure they will not face the same problem after they go back, that’s why we will ask all for patience,” he said.

Rene De Vries, head of the European Commission humanitarian office in Bangladesh, said there were still a number of things that needed to be done for the displaced Rohingyas.

“There are 700,000 people who entered since August, this is on top of 300,000-400,000 who were already here. All in all, this is now the fourth largest city in Bangladesh purely based on the number of people,” said the Dutch official.