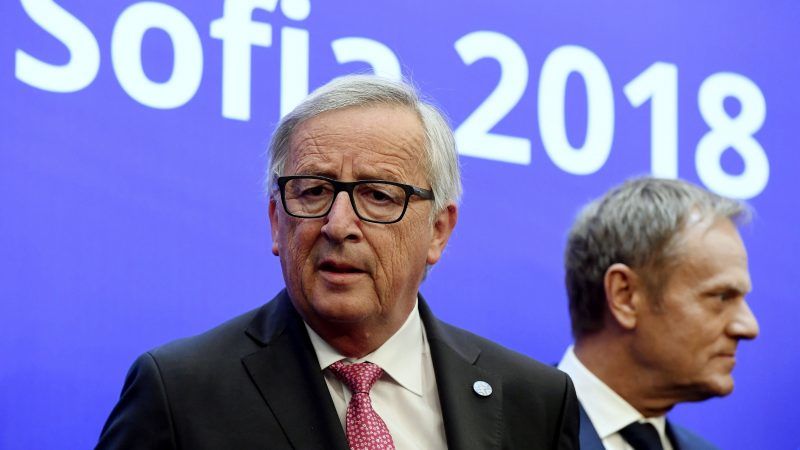 Meeting at an informal summit in the Bulgarian capital Sofia, the 28 EU leaders mandated the European Commission to defend the interests of European companies doing business in Iran, shrugging off Trump’s threats of possible sanctions.

Trump announced the US would withdraw from the Iran deal earlier this month, saying the international agreement was a failure and an “embarrassment to the United States”. But Europe appeared to stand its ground this time.

“On Iran nuclear deal, we agreed unanimously that the EU will stay in the agreement as long as Iran remains fully committed to it. Additionally, the Commission was given a green light to be ready to act whenever European interests are affected,” the chairman of the summit, European Council President Donald Tusk, told a news conference.

On Wednesday, asserting Europe’s growing readiness to distance itself from its transatlantic ally, Tusk launched a stinging criticism of the US president, saying that “with friends like that, who needs enemies”.

He fleshed out the message at a joint news conference on Thursday. Turning to the Commission boss Jean-Claude Juncker, Tusk said:

Earlier on Thursday, French President Emmanuel Macron, who had tried and failed to persuade Trump not to abandon the Iran deal, also asserted Europe’s readiness to dismiss US demands, saying companies should make their own choices.

“International companies with interests in many countries make their own choices according to their own interests. They should continue to have this freedom,” he said upon arriving in Sofia.

Jean-Claude Juncker told the same conference in Sofia that the EU was ready to start trade liberalisation talks with the United States in some areas if Washington gives permanent exemptions from aluminium and steel tariffs that are due to take effect on 1 June.

In Sofia, we sent a strong signal of unity on Iran and US trade. EU forged even closer connectivity and digital links with our friends from the #WesternBalkans. Anchored to the #EU means sharing values and principles: #RuleOfLaw, fight against corruption and freedom of expression pic.twitter.com/RiIDchMv42

The Commission will now seek to negotiate a permanent exemption from US tariffs.

If it succeeds in that, an EU source told AFP, the EU was ready to take steps including “voluntary regulatory cooperation” with the US, and working on reform of the World Trade Organisation, after Trump claimed the US was unfairly treated.

It was also ready to “improve reciprocal market access, for industrial products, including amongst others cars, and liberalisation of public procurement.

.@JunckerEU #Sofia “If the EU obtains unlimited exemption from US #tariff measures, we are ready to engage in talks with our transatlantic partner on how to best advance our #trade relations in specific areas.” pic.twitter.com/m3zUbRCimz

Georgi Gotev contributed to this article.

One response to “EU leaders take joint position on Iran deal, US trade”