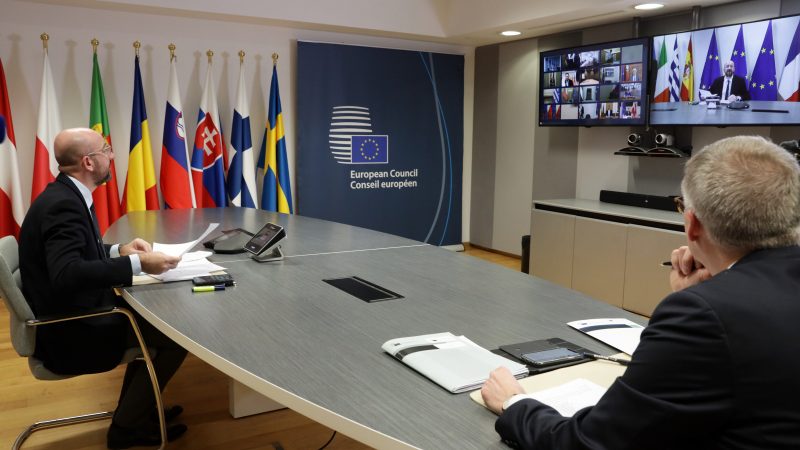 From left to right: Charles Michel, President of the European Council; Jeppe Tranholm-Mikkelsen, Secretary-General of the Council, on 17 March 2020. [Council Newsroom]

European Union leaders will hold another video conference on 26 March to discuss the impact of coronavirus, a top official said on Thursday (19 March), the same day the European Parliament plans to increase EU aid to the economy.

“We will continue to act decisively to developments as they unfold and fight this crisis,” Charles Michel, who is president of the European Council and chairs EU summits, said on Twitter, although he did not give further details.

We will continue to act decisively to developments as they unfold and fight this crisis.

The video conference would be the third since the virus spread widely in Europe, the new epicentre of the disease. 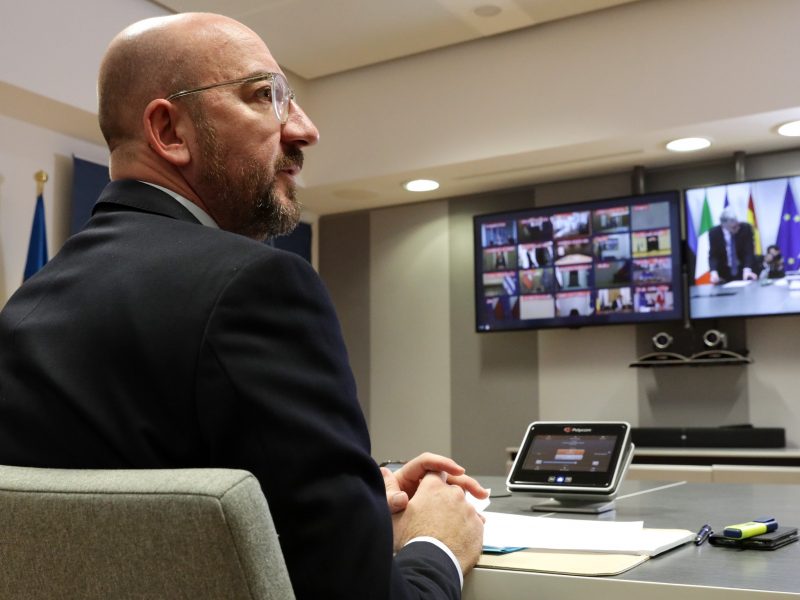 Can the EU be run by videolink? Confidentiality is the biggest problem

The European Union runs on meetings — endless gatherings to take decisions and try to build consensus among 27 diverse member states.

On the same day, the European Parliament said it is set to approve special measures to soften the economic shock of coronavirus, including releasing €37 billion of European Union funds to member governments.

The video conference is not a replacement for the EU summit, initially scheduled for 26-27 March.

Next week's EU summit (#EUCO), initially scheduled for 26-27 March, has been postponed.

Decision was made during video conf earlier this week. "EU leaders also agreed to hold another video conference next week on the situation regarding the COVID-19 outbreak": @EUCouncilPress.

EU institutions are eager to show they are moving to counter the economic effects of the pandemic after national governments initially struggled to coordinate their responses.

The assembly is also set to approve a European Commission proposal that airlines no longer have to fly empty “ghost flights” to preserve their European routes and airport slots, the parliament said in a statement.

The parliament is also expected to allow a special natural disaster fund, usually available only for flooding, wildfires, earthquakes and droughts, to be used to support heavily strained public health services in the EU.

“It is key that the European Parliament adopts these three proposals swiftly, to provide concrete support to EU citizens and to the member states in this unprecedented situation,” the assembly said in a statement.

Separately, the European Commission, the EU executive, said it would allow governments to make direct grants and give selective tax advantages and advance payments to companies, which are normally not allowed under EU state aid rules.

Governments will also be able to provide state guarantees to ensure banks keep providing loans and make subsidised public loans to companies. Short-term export credit insurance has also been approved, the Commission said in a statement.

In all, EU governments can each now provide up to €800,000 in liquidity to companies affected by the coronavirus.