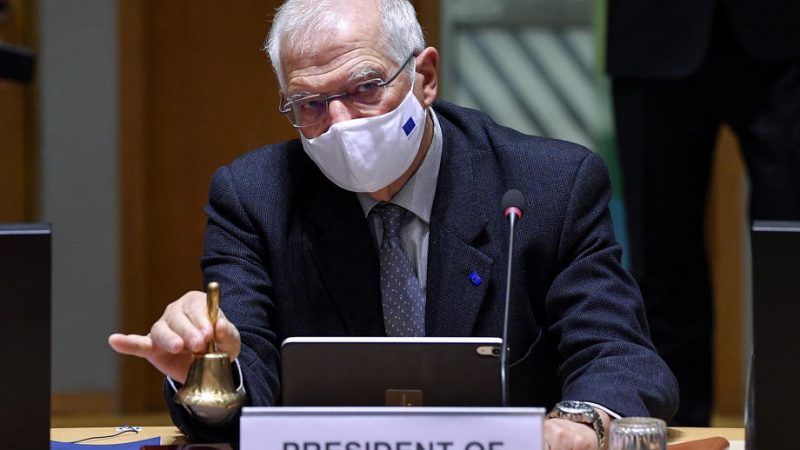 EU foreign ministers are meeting on Monday (22 February) to agree on fresh restrictive measures in relation with Russia’s crackdown on Kremlin critic Alexei Navalny and his supporters, having to chose between targeted sanctions and ‘the full Monty’, including economic restrictions.

“I expect a political agreement to be reached. Then experts from the member states should work on the names,” a senior European diplomat said, referring to targeted sanctions affecting officials responsible for the crackdown.

The move to target the Kremlin comes two weeks after EU chief diplomat Josep Borrell’s disastrous trip to Moscow, during which Moscow announced the expulsion of three European diplomats and rebuffed talk of cooperation, had enraged member states.

Subsequently and under pressure, Borrell had promised to propose ‘concrete proposals’ for sanctions when speaking to the European Parliament earlier in February.

On Monday, EU foreign ministers expect to receive a debrief by Borrell on his trip.

Asked about Borrell’s remarks, a senior EU official had said before the meeting that Borrell had not yet decided whether he will use right of initiative to propose specific sanctions against Russia if there is no agreement on Monday.

Austria’s foreign minister Alexander Schallenberg told Welt am Sonntag he expects “a broad majority of support” for sanctions among the EU’s 27 members, but added the sanctions “have to be politically smart and legally watertight.”

“There will be no appeasement in this case,” Luxembourg’s foreign minister Jean Asselborn echoed in an interview with Redaktionsnetzwerk Deutschland (RND).

A group of EU members, including France and Germany, had been calling for a more targeted approach and ruling out economic sanctions, while another group of EU member states, led by Poland and the Baltic countries, are calling for a ‘full Monty’ against Russia, including additional economic sanctions. [See timeline of restrictive measures adopted so far.]

Volkov, told AFP they “talked about targeted personal sanctions against Putin’s closest allies and people who are guilty of major human rights violations.”

„A decision on sanctions is on the table,” Landsbergis said after the meeting.

“Regimes in the EU neighbourhood understand only the strong principled and unanimous language on behalf of the EU,” he added.

“While some still doubt the efficiency of sanctions, the information we have proves the impact of both personal and horizontal sanctions. We cannot turn a blind eye to blatant breaches of human rights violations in Russia,” Landsbergis said in a statement. 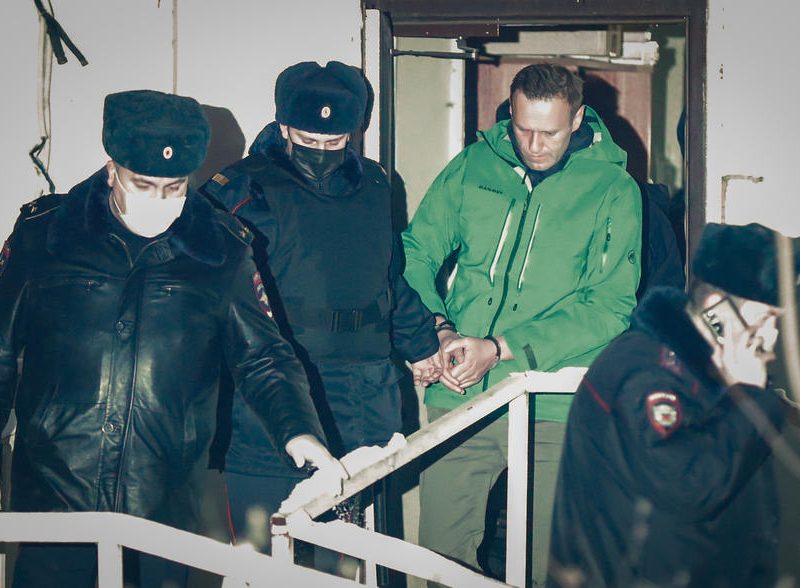 Navalny himself and the European Parliament had demanded that the EU also put oligarchs close to President Vladimir Putin on the sanctions list. However, this is considered unlikely in Brussels.

At the same time, sanctions against representatives from the government, the security apparatus or the judiciary directly responsible for Navalny’s arrest and sentencing and the massive crackdown on demonstrators that followed are considered likely.

According to EU diplomats, this would again include sanctions against around six Russian officials.

“Although it’s great that we might reach a sanctions decision, we have to admit that sanctioning a few people will likely not scare Russia too much. In theory, we sanction a few people, but in practice, if we would be serious, it needs a bigger impact than that,” an EU diplomat told EURACTIV.

A decision to impose fresh measures against Moscow will only proceed if foreign ministers decide to ask the EU’s diplomatic service to draw up a list of sanctions.

The EU has already hit Russia with waves of sanctions over the 2014 annexation of Crimea and Moscow’s fuelling of the war in Ukraine. The bloc in October slapped six officials on a blacklist over the poisoning of Navalny with Novichok, a nerve agent.

At their summit in March, the EU leaders are expected to determine the bloc’s further course towards Russia.

According to a senior EU official ‘literally everything’ will be on the agenda, as EU diplomats are expected to all take the floor in turn to raise their issues at heart to which Blinken will be asked to respond.

At the same time, the EU is currently looking to broker a meeting between Washington, Tehran and other signatories – including Moscow – to try to work out how to salvage the accord after Trump quit it in 2018.

Further items on the agenda will include the situation in Belarus, Venezuela, Myanmar and Hong Kong.

Borrell on Saturday condemned the violence against peaceful rallies after two demonstrators were killed in Myanmar and said EU foreign ministers would “take appropriate decisions”.

A senior EU official said Monday’s meeting would adopt conclusions that “foresee maybe to take some particular measures on some members of the military”.

In addition to those measures, the official said ministers were expected to place some 30 members of Venezuelan President Nicolas Maduro’s regime on a blacklist.

The listings would target those involved in December elections the EU refused to recognise and broader human rights abuses, the official said.

Ministers are also set to discuss China’s crackdown on Hong Kong and see if the EU needs to beef up its response as Beijing tightens it grip.