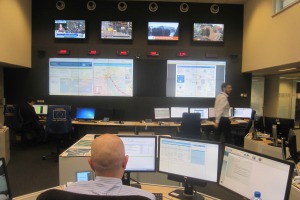 The European Commission earmarked €10 million yesterday (12 November) to support the Philippines' reconstruction, adding to the €3 million announced on Sunday, after perhaps the largest storm in a century killed thousands and caused widespread destruction.

As the magnitude of the devastation wrought by Typhoon Haiyan unfolded in the Philippines (see background), EU Development Commissioner Andris Piebalgs, on a visit to the country, announced €10 million of additional EU aid for the rehabilitation of the typhoon-affected areas of the country.

The sum adds to the €3 million of humanitarian aid announced two days before by Humanitarian Aid Commissioner Kristalina Georgieva.

Beyond humanitarian assistance, Piebalgs said the EU was already making resources available for rehabilitation and reconstruction to ensure that there was a smooth transition from crisis management to rebuilding people's lives.

“We would like to see no gap between the emergency relief and the longer-term actions, and we will work closely with the government and other development partners for this to happen," Piebalgs said.

Areas of intervention can include water and sanitation rehabilitation, power grid repairs, basic health, livelihood support, shelter and repair of infrastructure that should be more resilient to future typhoons or earthquakes.

On the ground, UN and other relief agencies reported that transport logistics remained the biggest challenge due to the widespread damage to infrastructure and the large amount of debris blocking airports, roads and other access routes. Electric lines have been cut and, in some places, heavy ships have been thrown inland.

Haiyan and Syria – the biggest challenges

Commission officials said that the Haiyan typhoon was likely to be the biggest humanitarian aid challenges this year, together with the Syrian civil war.

EURACTIV visited the European Emergency Response Centre in Brussels yesterday (12 November), which deals around the clock with the coordination of the Union’s efforts both in Syria and the Philippines.

Simon Horner, adviser with the Operations Directorate at the Commission's emergency aid directorate (DG ECHO) said that the centre was there to provide “some sort of coordination” for the member states and make sure that the aid fits the needs on the ground.

Horner said that Haiyan was certainly the biggest storm of the last decade, although it was still uncertain whether it was the biggest in modern times. Cyclone Nargis, which hit Burma in 2008, was of smaller magnitude, but was reported to have left 80,000 dead. The difference, Horner explained, was that Burma was very little prepared to deal with storms, in comparison to the Philippines.

“The preparedness is something we see as very important. It’s part of our job in fact, to help prepare communities in countries to be ready for disasters. When it’s as big as this, people get overwhelmed, but even there it could have been far worse if it hadn’t been some sort of evacuation for example,” he said.

Asked what the added value of the EU’s efforts in remote situations was, Horner said that the Union had its own GDAC satellite system which allowed pre-warning and sending extra experts to the Philippines before the typhoon struck.

Apart from being the world’s largest donor in aid, the EU has a unique network of experts who know the local situation and who are able to react very quickly.

“We can basically pick up a phone and get them on a plane extremely quickly to a crisis zone,” he said.

The €3 million of humanitarian aid were going to be channelled via organisations such as the Philippine Red Cross, Horner explained. He said the Union was doing that in the form of funding, but also in terms of coordinating what the member states are making available in term of donations.

But he made it clear that the needs on the ground far outstrip what was available.

Philippine officials have been overwhelmed by Haiyan, one of the strongest typhoons on record, which tore through the central Philippines on Friday and flattened Tacloban, coastal capital of Leyte province where officials had feared 10,000 people died, many drowning in a tsunami-like wall of seawater.

The death toll from Typhoon Haiyan's rampage through the Philippines is closer to 2,000 or 2,500 than the 10,000 previously estimated, President Benigno Aquino said on 12 November. He said the government was still gathering information from various storm-struck areas and the death toll may rise.

About 660,000 people have been displaced and many have no access to food, water or medicine, the United Nations said.

Aquino revealed the lower estimated toll after the nuclear-powered aircraft carrier USS George Washington set sail for the Philippines carrying about 5,000 sailors and more than 80 aircraft to accelerate relief efforts. Britain is also sending a navy warship with equipment to make drinking water from seawater and a military transport aircraft.