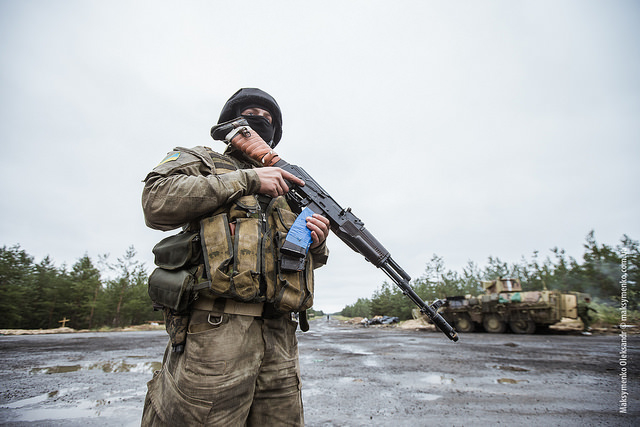 European Union governments have discussed halting or restricting funding for new projects in Russia through two multilateral lenders, as they seek to raise pressure on Moscow to support a peace plan for Ukraine, officials said Thursday (3 July).

Officials have looked into stopping lending for Russian projects through the EU’s bank, the European Investment Bank (EIB), and the European Bank for Reconstruction and Development (EBRD), an EU diplomat and a German government source said.

No decisions have been made, but the German source indicated that discussions could restart if no agreement was reached by the end of the week on establishing a ceasefire and de-escalating the situation in eastern Ukraine.

But a senior source at the EBRD said the bank’s main government shareholders did not want it to stop lending in Russia.

Taking action at the EBRD would also be complicated, as Russia is one of 64 countries that are shareholders of the bank.

Russia has traditionally been the biggest recipient of the London-based EBRD’s funds – it lent €1.8 billion there last year. The EIB pledged to lend more than €1 billion to Russia last year.

For months, the EU has threatened to impose tough economic sanctions on Russia unless it helps to reduce tensions in eastern Ukraine, where hundreds have been killed in clashes between government forces and pro-Moscow rebels.

So far, the EU has imposed measures targeting around 60 people in Russia and Ukraine with asset freezes and travel bans, as well as two energy companies in Crimea, to punish Moscow for taking over the Ukrainian peninsula earlier this year.

But the 28 EU member states have been divided about pressing ahead with more far-reaching measures, with some governments fearing retaliation from a major energy supplier.

EU governments decided on Tuesday that they would not immediately impose new sanctions on Russia. But discussions in committees have continued, and EU ambassadors are expected to discuss the Ukraine situation again on Monday.

Any decision on hard-hitting economic sanctions would be for EU leaders, who are due to meet again on 16 July.

The foreign ministers of Russia and Ukraine agreed in Berlin on Wednesday to hold three-way talks involving pro-Moscow rebels by Saturday, in order to pave the way for a new ceasefire.

The senior EBRD source said the bank had sounded out its main shareholders in the Group of Seven advanced economies only last week, and found there was no change in the consensus view that lending to Russia should continue.

“Our shareholders want us to keep engaging in Russia,” the source said on condition of anonymity. “As far as we can tell, nothing has changed since our annual meeting in May.”

The bank has already hinted it will scale down its lending to Russia this year, although it has framed it as a response to the country’s economy slowing in response to the Ukraine troubles.

Neither the EIB nor EBRD has recently announced new lending to Russia on its website.

Suspending EIB funding to Russia was mentioned as a possible option in a paper drawn up by the European Commission in April which assessed the impact of imposing various economic sanctions on Russia.

One of the options mentioned under the “low-intensity sanction scenario” was “suspension/reduction of development assistance and EIB funding to Russia,” the document, seen by Reuters, said.

A spokesman for the EIB said: “The European Investment Bank is the EU bank and acts in full accord with the EU positions.”

A European Commission spokesman said he could not confirm or deny any possible measure being considered by member states.

US President Barack Obama consulted by phone on Friday with German Chancellor Angela Merkel and agreed to keep up the pressure on Russia to defuse the crisis in Ukraine or face more economic sanctions.

A White House statement said Obama and Merkel expressed their support for diplomatic efforts that are trying to arrange a new ceasefire in eastern Ukraine.

"They stressed that Russia must take immediate steps to de-escalate the conflict in eastern Ukraine. The president and the chancellor agreed that the United States and Europe should take further coordinated measures to impose costs on Russia if it does not take steps toward de-escalation in short order," the White House said.