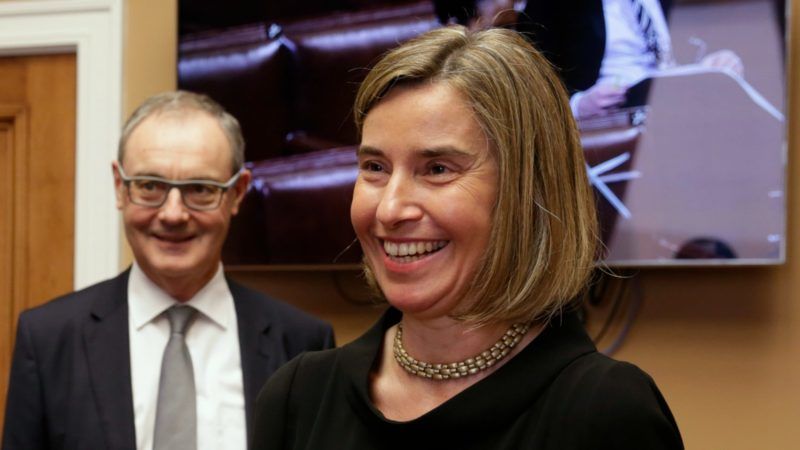 A senior European Union official said yesterday (4 April) he had seen no sign that US President Donald Trump planned to lift sanctions on Russia over its activities in Ukraine, and warned that American sanctions could destabilise some European energy markets.

“We have had no such indication,” David O’Sullivan, the head of the EU mission to the United States, told a Senate Foreign Relations Committee hearing on how the United States and EU could work together to push back against Russian aggression.

“I think there is still remarkable unity of purpose between the United States and the European Union with regard to those issues,” O’Sullivan said.

Allegations by US intelligence agencies that Russian actors were behind the hacking of senior Democratic Party operatives and spreading disinformation during the 2016 US presidential election have lingered over Trump’s tenure.

Democrats charge the Russians wanted to tilt the election toward the Republican, who worried lawmakers from both parties during his campaign by calling for warmer relations with Russia. Trump has dismissed that claim, and Russia denies the allegations.

During the hearing, Corker questioned the wisdom of legislation to impose more sanctions on Russia over its aggressive actions in Ukraine and Syria. Senator Ben Cardin, the foreign relations committee’s top Democrat, drafted such a bill earlier this year. It is sponsored by both Democrats and Republicans.

Corker asked O’Sullivan whether it would be preferable for the United States to act unilaterally or work with the European Union on such sanctions.

“We have moved in lockstep throughout this process and I think that has not only ensured of the right political response, but also the effectiveness of the sanctions,” O’Sullivan said.

Some of the ideas that have been discussed could have a serious impact on the European energy sector, he said.

“Many of our member states are heavily dependent upon imports from Russia and it would be very important not to destabilize that situation,” O’Sullivan said.

Germany’s centre-left candidate for Chancellor, Martin Schulz, has criticised US President Donald Trump’s policies as “un-American” and warned against lifting sanctions imposed against Russia over its role in the Ukraine crisis.