Dimitris Papadimoulis, Vice-President of the European Parliament (syriza), told EURACTIV that the resolution is a “slap” to Erdogan’s leadership. [Shutterstock]

The two Greek soldiers inadvertently crossed the border due to bad weather and were arrested in Turkey. They have been in Turkish custody for more than a month and no charge has been filed yet.

“The European Parliament calls on the Turkish authorities to swiftly conclude the judicial process and release the two detained Greek soldiers and return them to Greece,” the resolution draft reads.

Greece has already warned Turkey that it should not politicise an issue that in normal times could be solved quickly.

EU lawmakers have called on the Turkish authorities to “scrupulously follow legal proceedings and fully respect, for all those concerned, the human rights enshrined in international law, including the Geneva convention”.

In addition, the Parliament insists the Council, the Commission, the External Action Service and all member states should show solidarity with Greece and point out the importance of releasing the two soldiers “in any contacts or communications with Turkish leaders and authorities”.

EURACTIV has learned from several sources that the resolution was first drafted by the European United Left-Nordic Green Left (GUE/NGL) and was endorsed by all political parties except the nationalist Europe of Nations and Freedom group (ENF). 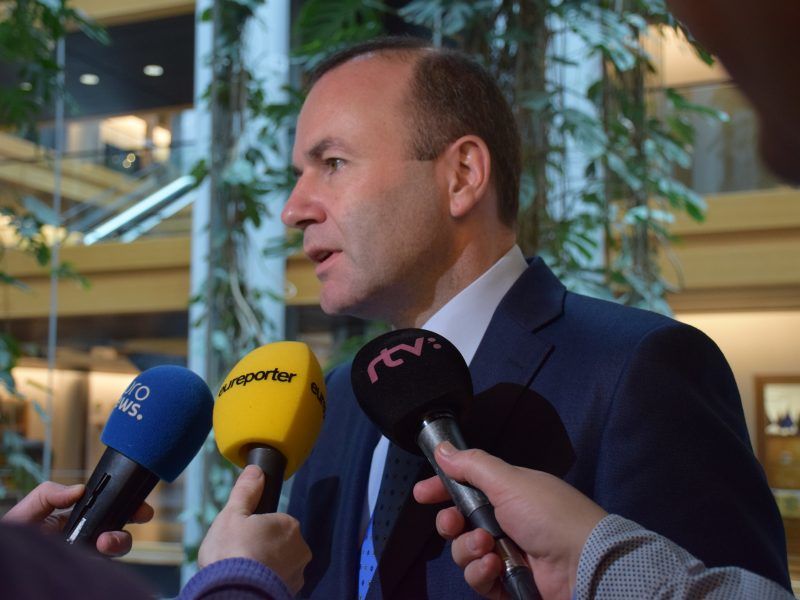 Two Greek soldiers who have been held in a Turkish prison for about a month are “political prisoners”, according to the head of the European Parliament’s largest group, Manfred Weber.

Dimitris Papadimoulis, vice-president of the European Parliament (Syriza), told EURACTIV that the resolution is a “slap” to Erdoğan’s leadership.

“It is slightly stricter than the statements of Donald Tusk and Jean-Claude Juncker,” Papadimoulis said.

“This resolution shows that when there are national consensus and seriousness among Greek MEPs, we have such good results,” he added.