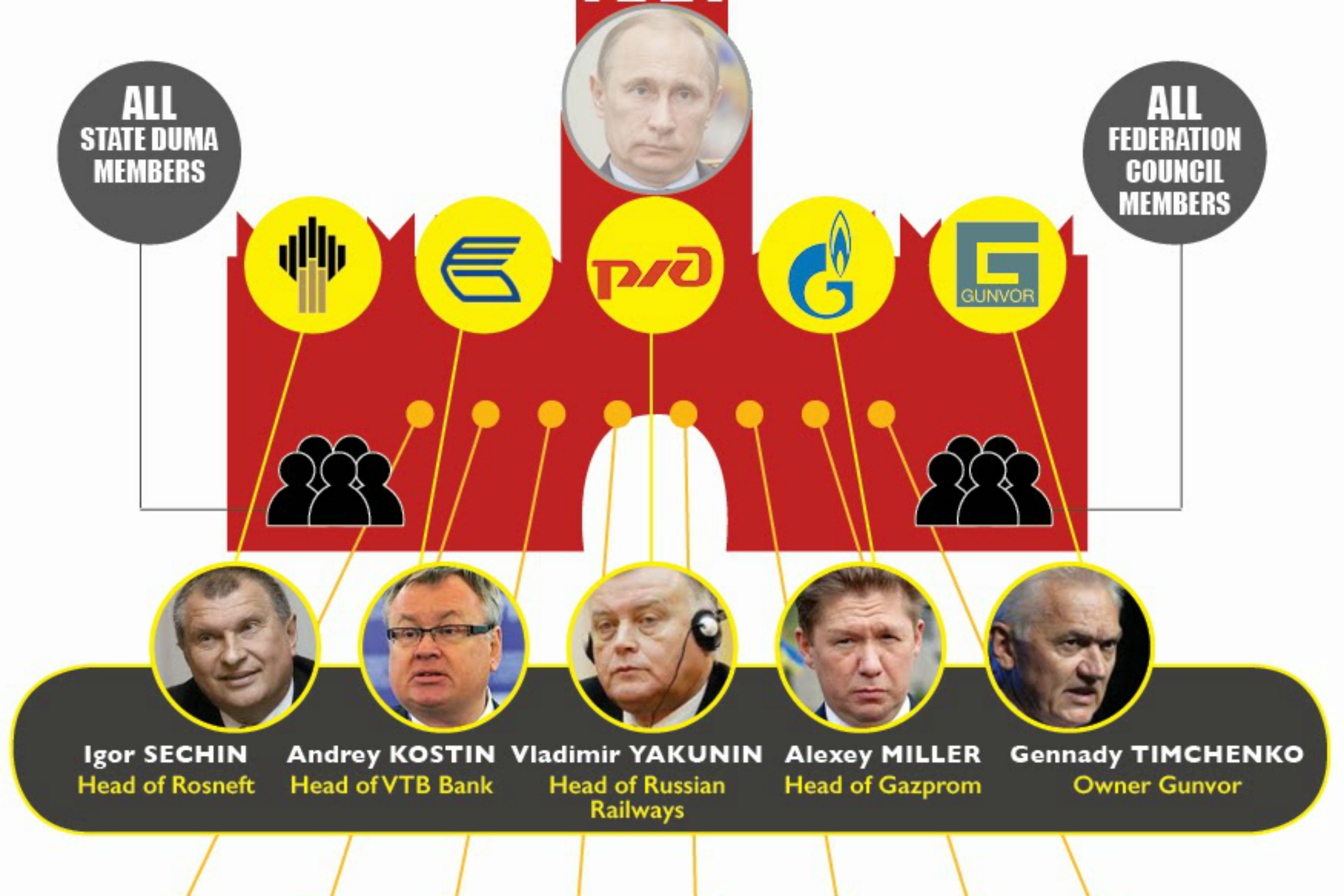 EU governments reached a preliminary agreement yesterday (7 May) to expand the legal criteria for targeting people and companies with sanctions to pressure Russia over Ukraine, paving the way for new listings as early as Monday, diplomats said.

The decision should make it easier for the EU to target Russian companies – something it has not done yet, unlike the United States – but needs formal backing during a meeting of EU foreign ministers on Monday.

“We have political approval, and it will have to be rubber-stamped,” one diplomat said, speaking on condition of anonymity. “New sanctions are likely on Monday.”

The EU has already imposed asset freezes and visa bans on 48 Russians and Ukrainians over Moscow’s annexation of Ukraine’s Crimea region.

It was not immediately clear what the new criteria would be or whether they would allow for targeting of Russian energy giants such as Gazprom or Rosneft.

Previously, the EU targeted people it thought were directly responsible for endangering the territorial integrity of Ukraine.

But several EU governments, led by Poland and Britain, pushed to have that definition expanded significantly, possibly to include those supporting the government in Moscow, which would open the way to targeting Russian oligarchs.

Others were reluctant, arguing that the bloc should be careful not to cast its net of sanctions too wide and hurt its own economy in the process.

The EU is also anxious to have a sound legal basis for its Russia sanctions to avoid legal challenges as has occurred in the past with sanctions on Iran.

US Treasury Secretary Jack Lew and Britain’s finance minister, George Osborne, conferred about the sanctions in a phone call on Wednesday.

The Treasury Department said the two officials discussed “the stepped-up planning underway bilaterally and with the European Union on the range of tools available, including sanctions that target companies in certain important sectors of the Russian economy, should Russia persist in taking destabilizing actions.”

“We call on Russia to refrain from any steps to further destabilise Ukraine and instead to engage in a diplomatic resolution of the crisis,” said van Rompuy, who represents the EU’s 28 national governments.

“Further steps in destabilising Ukraine will call for additional sanctions,” he said.

The European Commission has discussed the situation in Ukraine at its weekly meeting held yesterday, a spokesperson said.

Ukrainian presidential candidate Petro Poroshenko urged the EU and the US to agree on a third wave of sanctions against Russia if the Kremlin supports a referendum planned by separatists in eastern Ukraine on 11 May.

Separatists in the Donbass region say the Sunday referendum on secession will be similar to the one that preceded Russia’s annexation of Crimea in March. Such a move could complicate Ukraine’s 25 May presidential elections.

“If Russia will support this referendum, we need absolutely agreed action about the third wave of sanctions, well-coordinated between the United States of America and the European Union,” Poroshenko told reporters in Berlin shortly before meeting Chancellor Angela Merkel.

A poll last month put Poroshenko, who supported the pro-European uprising which ousted Kremlin-backed president Viktor Yanukovich, on 48.4%, just short of the absolute majority needed to avoid a runoff in a second round.

The confectionery tycoon said his priority was to stabilise the situation in Ukraine, where fears of war are mounting, and left open the possibility of a referendum later.

“We are ready to have a referendum, but not under [the threat of] machine guns or automatic rifles,” he said, adding people were afraid to visit polling stations.

Poroshenko also said the Russians “want to invite some separatists to the table” of a second round of Geneva talks, but that these people had little support. The only legitimate representative of Ukrainians should be the foreign minister, he added.

Russian President Vladimir Putin called on separatists in Donbass to postpone the referendum on independence, and said Moscow had withdrawn troops from the border with Ukraine.

Putin’s comments appeared to open a way to resolving the East-West standoff over Ukraine.

The pro-Russian separatists behind the referendum said they had the utmost respect for Putin and that they would consider on Thursday whether to postpone Sunday’s referendum.

“We call on the representatives of southeastern Ukraine, the supporters of the federalisation of the country, to postpone the referendum planned for 11 May,” Putin said.

He said this would create conditions for dialogue between the Ukrainian authorities in Kiev and the separatists, some of whom want greater autonomy, while others demand secession.

Putin added that Russians troops that had been placed near the border with Ukraine during the crisis, fueling tension with the European Union, NATO and the United States, had been withdrawn.

He made his comments after talks with the head of the Organization for Security and Cooperation in Europe, who said the security and rights body would soon propose a “road map” to defuse the Ukraine crisis.

“Yatseniuk on Putin’s proposal to postpone the referendum in eastern Ukraine: There is no point in dealing in hot air,” the brief Interfax-Ukraine bulletin said.

The Pentagon said yesterday it saw no change in the Russian force posture along the Ukrainian border, despite Putin’s assertion that they had returned to their training areas.