This article is part of our special report Paths to peace ten years after the Arab Spring.

The EU’s role and political influence in North Africa has been hampered by economic and security policy priorities being trumped by the bloc’s desire to control migration flows, a leading analyst of the region told EURACTIV.

Despite the political fragility in much of North Africa, and particularly in several of the countries which saw governments ousted during the Arab Spring ten years ago, the EU’s policy engagement with the region has tended to be through the prism of controlling migration flows from the African continent.

“Where there has been tension is when efforts to support regional trade run up against something like the migration agenda, where the EU has taken a much harder line on prevention and blocking migration, and less focused on other ostensibly EU priorities like the promotion of free movement and trade in Africa,” Andrew Lebovich, policy fellow at the European Council for Foreign Relations, told EURACTIV in an interview.

The EU’s has Association Agreements governing trade and political ties with Morocco, Tunisia, Egypt and Algeria, though Algeria is keen to rewrite the terms of its pact with Brussels, and talks with Tunisia to revamp its accord have been on hold since 2019.

Within the region political and economic relations with Morocco are the EU’s most significant and stable in the region, but tensions remain, particularly over the question of the disputed territory of Western Sahara, which Lebovich describes as an “omnipresent issue”.

That was underscored by the recent diplomatic row between Morocco and Spain which saw the Rabat government temporarily relax its border controls in response to Spain providing hospital treatment for Brahim Ghali, the leader of the Western Sahara independence movement, the Polisario Front, who was suffering from COVID–19.

However, the EU continues to support a UN–brokered agreement on Western Sahara despite the pressure from Rabat.

“The recognition of Moroccan sovereignty over Western Sahara under the Trump administration certainly emboldened the government to push the EU more strongly but we are seeing that the EU is not responding positively to this pressure and is willing to push back. They are not willing to simply give in to this Moroccan push,” said Lebovich. 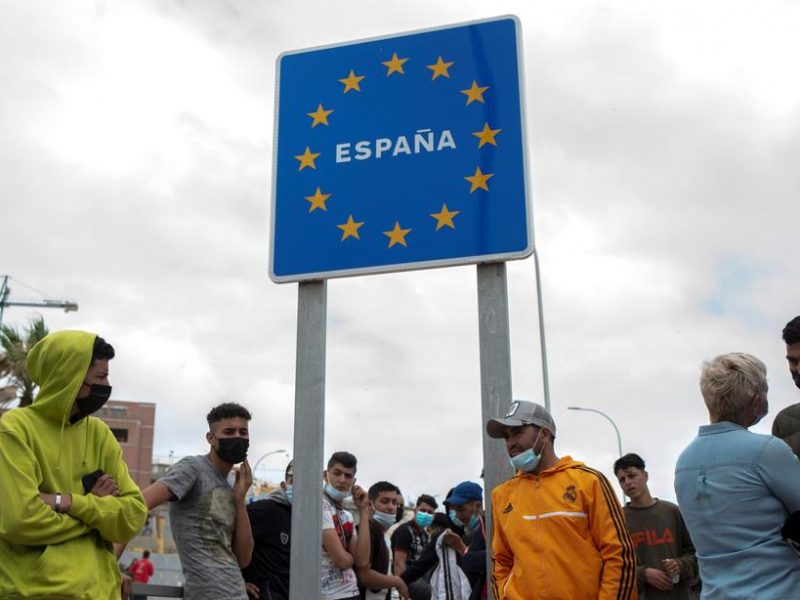 Morocco appears to have triumphed in its diplomatic joust with Spain two weeks after opening its borders for thousands of migrants to cross into the Spanish enclave of Cuelta.

Similarly, Europe’s key security and military support missions in North Africa have enjoyed mixed results. The French–led Operation Barkhane, a 5,100-strong military force deployed across the Sahel for the past eight years intended to combat jihadist and secessionist attacks, is set to be wound down, with little sign that the volume of terror attacks in the region has fallen.

“The challenge has been that the security situation has not improved in recent years. We have seen the spread of jihadist groups in Niger and Burkana Faso. It is clear that despite the French presence this is still happening,” Lebovich told EURACTIV.

Last week, French President Emmanuel Macron announced that Barkhane, which has cost the lives of 55 French soldiers and has steadily lost popularity with citizens and governments in the Sahel, would be gradually replaced in the coming months by a joint military operation bringing together a group of European countries.

Negotiations between France and a group of European countries are ongoing on how to replace Barkhane with a revamped Opération Takuba, which will bring together troops from other European countries, including Sweden, Italy, Estonia, and the Czech Republic.

“Certainly, the French have wanted Europe to take a more proactive role in combat operations but it’s hard to see for now how this kind of commitment will be sustainable and replace the French mission,” said Lebovich.

The slow pace of delivering European Covid–19 vaccines to the region, while the Chinese Sinopharm vaccine and Russia’s Sputnik have been distributed in large quantities to the likes of Morocco, Egypt and Algeria, has also put the EU on the defensive in the region.

“The fact that it has been so difficult to mobilise vaccines campaigns in the region, contributes to a extremely serious situation. This is something that should be more of a priority for the international community,” Lebovich told EURACTIV.

“The EU and the United States are making more of an effort now to fix this but it’s still less than it should be,” he added.