The EU’s chief diplomat, Josep Borrell, on Monday (25 January) insisted that the EU and UK would resolve a diplomatic row over the status of the bloc’s ambassador to London, though he warned that the UK’s intransigence was “not a friendly signal”. [EPA-EFE/STEPHANIE LECOCQ]

EU member states expressed “grave concern” over China’s security law for Hong Kong, but agreed sanctions against China would not solve problems with Beijing, the bloc’s chief diplomat Josep Borrell said on Friday (29 May) after a video conference of foreign ministers.

“The EU expresses its grave concern at the steps taken by China on 28 May, which are not in conformity with its international commitments,” Borrell told reporters after the meeting.

“EU relations with China are based on mutual respect and trust. This decision further calls into question China’s will to uphold its international commitments,” he added.

At the beginning of the week, Borrell said the EU must adopt a “more robust” strategy to deal with an increasingly assertive China – a call that came as EU member states have struggled to find a unified response to China’s increasing willingness to use its geopolitical clout in Europe.

The bloc has a close relationship with China on some fronts, mostly economic, but “it is clear that in other areas, we have huge problems,” a senior EU diplomat told reporters ahead of the meeting.

Earlier this year, Borrell described China as a “systemic rival” and called on the EU to be united against Beijing. However, those who expected the EU foreign ministers meeting to propose concrete actions were disappointed.

Asked whether Brussels might threaten sanctions after China’s rubber-stamp National People’s Congress approved the new law, Borrell said he “doesn’t think sanctions are the way to solve problems in China.”

Europe has shown difficulty speaking with one voice on China. While some EU countries have argued for a tough line, others have urged caution, and Beijing has used investment from its huge Belt and Road infrastructure project to curry favour, particularly in eastern Europe.

According to EU diplomats, one EU member state, Sweden, has raised the issue of sanctions during the meeting.

Details of the law, designed to criminalize “secession”, “subversion”, “terrorism” and “endangerment of national security”, and to allow mainland Chinese security authorities in Hong Kong to be deployed, are expected to be worked out in June and come into force bypassing the Hong Kong Parliament.

Earlier this week, US Secretary of State Mike Pompeo said the special benefits for Hong Kong are no longer justified because of China’s increasing interference and threatened sanctions against Beijing.

“No reasonable person can assert today that Hong Kong maintains a high degree of autonomy from China, given the facts on the ground,” Pompeo said in a statement.

A punitive US response to China on Hong Kong could result in a tit-for-tat reaction from Beijing, further straining ties between the world’s two biggest economies and hobbling global growth.

French Foreign Minister Jean-Yves Le Drian said on Wednesday (27 May) that Europe must not be divided by Chinese authorities or drawn into a US-China spat. 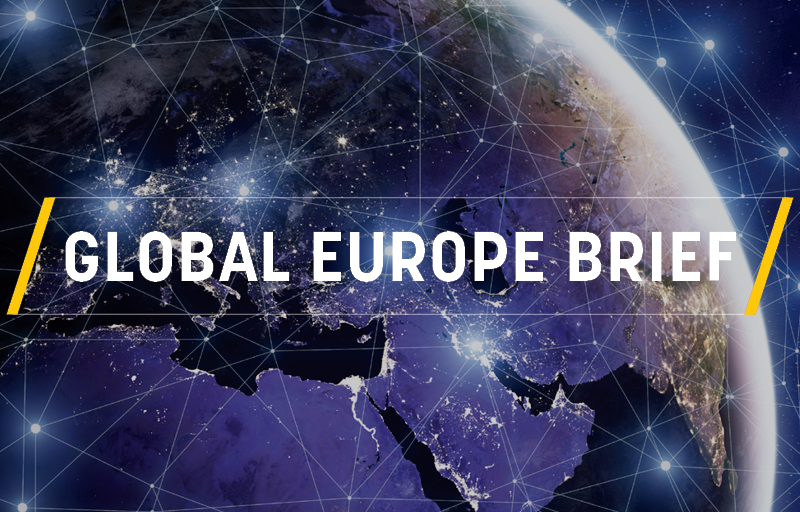 Asked by reporters why the EU did not join a joint statement by the US, UK, Australia and Canada criticizing China over the Hong Kong legislation, Borrell said the EU “has its own statements”.

The EU’s goal is to keep talking to China and “put pressure on the Chinese government”, Borrell said.

EU diplomats expect the matter to become a point of contention when Germany takes over the EU Council Presidency on 1 July.

Borrell said he did not see the developments in Hong Kong as endangering the planned EU-China summit in Leipzig in September.

“There is a lot we want to talk to China about,” German foreign minister Heiko Maas said on the sidelines of the meeting, adding that the EU-China summit planned would be “a good opportunity” for this.