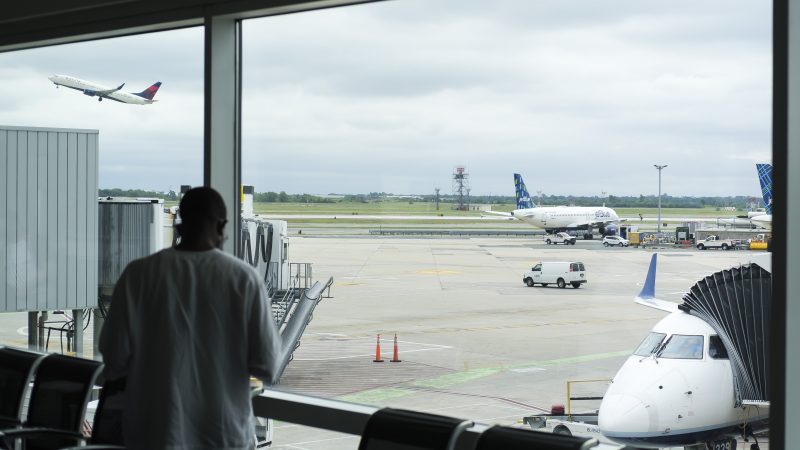 File photo. A person waits for a departing flight as a plane takes off at John F. Kennedy International airport in the Queens borough of New York, New York, USA, 5 August 2021. [EPA-EFE/JUSTIN LANE]

The European Union on Monday (30 August) recommended that its member states reimpose travel restrictions on US tourists over rising covid infections in the country.

The European Council, which represents the bloc’s 27 governments, said it was taking six territories off its list of locations exempted from restrictions on non-essential travel during the coronavirus pandemic.

“Israel, Kosovo, Lebanon, Montenegro, the Republic of North Macedonia and the United States of America were removed from the list,” a statement said.

The move is not binding on national capitals, which may yet choose to allow fully vaccinated US travellers to visit despite concerns about rising numbers of Covid cases in the country.

But most EU members have followed Brussels’ travel advice during the crisis so far.

“This is without prejudice to the possibility for member states to lift the temporary restriction on non-essential travel to the EU for fully vaccinated travellers,” the statement said.

Non-essential travel into the bloc from outside the EU and eight associated countries — Iceland, Lichtenstein, Norway, Switzerland, Andorra, Monaco, San Marino and the Vatican — has been restricted.

Some countries and territories, however, have been exempted from this list, but their number has been shrinking in recent months and now includes only 17 members, plus China if Beijing reciprocates.

The EU recommended its member states lift restrictions on non-essential travel from the US in June ahead of the peak of the summer tourist season.

That decision came as the US was making major strides with its vaccination programme.

Case numbers in the country have since surged as the more infectious Delta variant has spread and large swathes of the population have refused to get vaccinated.

The American airline industry condemned the latest move from Brussels, insisting it would keep talking to member states to “prioritise the safety and wellbeing of all travelers.

“The European Union’s recommendations are a step backwards, and clearly disappointing to the US airline industry which has worked diligently to safely resume transatlantic service,” lobby group Airlines for America said.

“As the EU has reopened, Americans have been eager to buy tickets, pack their bags and reunite with loved ones who they have not seen in nearly two years.”

The United States has been closed to most international travelers since the start of the pandemic, notably to Europeans, even after the EU re-opened. 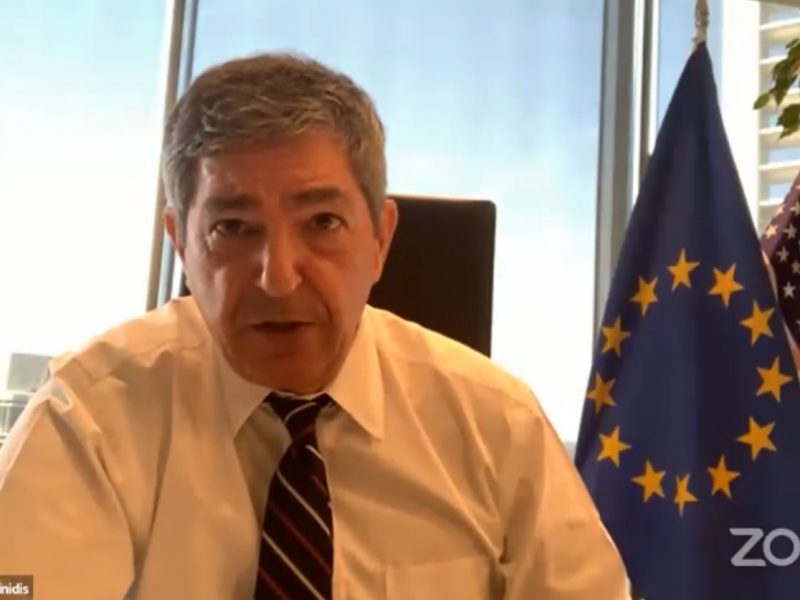 However on Monday the White House said that it was considering rethinking its rules.

“This will involve stepping up the efforts to protect American people, including by potentially strengthening testing protocols for international travel and may also involve ensuring that over time foreign nationals come to the United States are fully vaccinated, with limited exceptions,” she said.

One response to “EU removes US, Western Balkan countries from COVID safe list for non-essential travel”